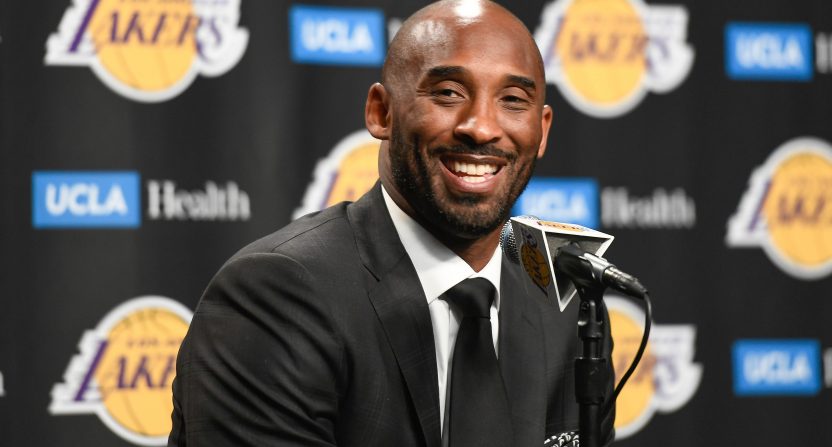 The helicopter crash that killed nine people, including Kobe and Gianna Bryant, is still something that sounds unreal nearly a month later. As time goes on, we’ll find out more and more about what happened on January 26 and while it’s too early to fully determine what caused the crash, many pointed to a lack of visibility as a possible factor and based on previous reports, it’s certainly possible.

In FAA records obtained by the LA Times, it revealed that the pilot who was flying the helicopter that crashed had previously violated FAA rules for flying into airspace he was not approved to be in during bad weather. In 2015, Ara Zobayan “flew into busy airspace near Los Angeles International Airport despite being ordered not to by air traffic control.”

The report noted that visibility had gotten below visual flight rules (VFR), which are the regulations that allow a pilot to fly by looking out the window. That sounds worrisome but that just means pilots are required to fly by following their instruments, something pilots are trained to do. Zobayan had sought clearance to fly through LAX airspace through special VFR and was denied, with the tower telling him to fly around the airspace, which would have reportedly added “only five to ten minutes.” Zobayan disobeyed that order and entered the airspace.

Zobayan took responsibility for the 2015 incident and underwent counseling. Because Zobayan had not done that in the past, the investigator of that incident noted that they saw “no signs that this incident [was] a trend.”

Fast forward five years and people are wondering if this was the case in the Bryant crash. Visibility was poor and investigators had noted that “Zobayan was struggling with poor visibility in the moments before the aircraft slammed into the hillside.”

As the LA Times noted, it depends on who you talk to if Zobayan’s 2015 violation was a big deal or not. One pilot felt that considering it’s very difficult to have a totally clean flight record that if it was Zobayan’s only violation, then that was pretty good. Another felt that it was strange that Zobayan requested to enter LAX airspace with a helicopter in the first place considering that lots of commercial jets fly into LAX. It was rare for air traffic controllers to giver permission for a helicopter to fly into LAX airspace. The FAA’s findings likely won’t be released for months so until then, we won’t fully know for sure what happened.