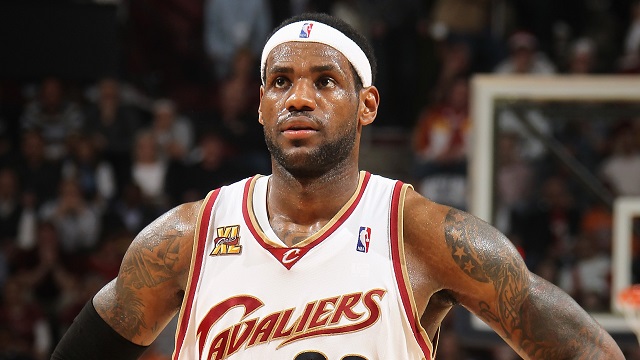 On Monday, a grand jury declined to press charges on the police officers for the shooting of 12-year-old Cleveland native Tamir Rice. Rice was gunned down in a park after police were called because Rice was playing with a toy gun.

Tuesday was the first time LeBron James had spoken to the media since the controversial ruling came down, and expectedly received questions regarding the matter. Although James didn’t have too much to say, because he wasn’t fully informed on the happenings of the situation.

“For me, I’ve always been a guy who’s took pride in knowledge of every situation that I’ve ever spoke on,” James told reporters, including ESPN’s Dave McMenamin. “And to be honest, I haven’t really been on top of this issue. So it’s hard for me to comment.”

James has been outspoken on social issues before. During his tenure in Miami, James and Dwyane Wade organized a photo of the Miami Heat team wearing hooded sweatshirts, with hoods up, to honor Trayvon Martin who was tragically gunned down by George Zimmerman.

Last season, James donned an “I can’t breathe” t-shirt in pregame warmups to show support for Eric Garner, who was killed by a chokehold put on him by the NYPD.

Activists have called for the help of LeBron James with the use of the hashtag #NoJusticeNoLeBron, led by writer Tariq Touré. The movement is asking James to postpone playing in any games until Rice’s murderers are imprisoned.

Can we collectively flood @KingJames mentions to remind him not to play?#NoJusticeNoLebron

The call for James to stop playing has been compared to what the Missouri football team did in early November, protesting how racial incidents on campus were addressed and declining to practice or play until the school president resigned or was removed from office. It would also be comparable to Muhammad Ali refusing to go to Vietnam.

“This issue is bigger than me; it’s about everyone,” he said. “And gun violence and tragedies and kids losing lives at a young age, some way, somehow we need to understand that that matters more than just an individual.”