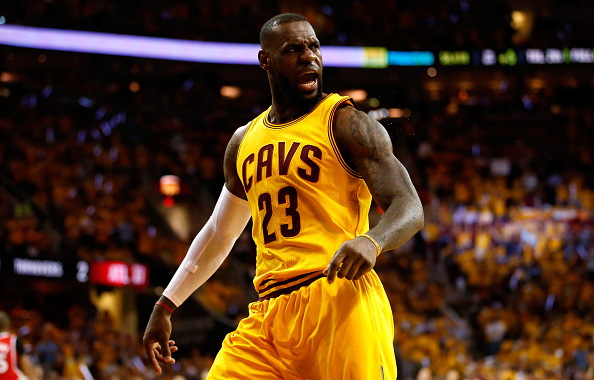 In the age of contrarian takes, it is easy for people to have a different opinion to others. LeBron James winning SI’s Sportsperson of the Year makes a lot of sense. It wasn’t the only choice, they could’ve actually done much better.

James is not only a fantastic basketball player, he has also become a world renown philanthropist as well. Bringing a championship to Cleveland is also a ridiculous accomplishment all by itself. As far as a choice goes, this was pretty plain. Let’s think outside of the box and give you the real three that should have won.

One of the most dominant athletes in the Olympics, ever. In an Olympic cycle that was devoid of too much drama, (we’re looking at you Ryan Lochte) Biles was one of the most inspiring stories. She wasn’t just beating her opponents, she was beating them down to a pulp. The grace in which she did it all was unparalelled.

Not to mention the speed and ferocity in which she competed, no one had a chance from the start. It is easy to see why she took the gymnastics world by storm and why everyone will be glued to their TV’s in 2020.

After a championship drought that lasted more than most lifetimes, you would expect the Cubs to get a little more love, right? The Cubs winning of the World Series wasn’t necessarily surprising as they entered the postseason as heavy favorites. What was surprising was the narrative breaking they accomplished all through out the playoffs. They came back from a ridiculous deficit against the Indians to win the World Series, it was an absolute Disney-esque moment, you can’t write it up any better.

They have all the validation they need after winning the World Series, this would’ve just been the cherry on top of an already great year.

While Biles has one of the most impressive Olympic debuts ever. Phelps journey was coming to an end and while it was ending, he broke damn near every record there was around swimming. His name has become synonymous with swimming and helped a moribund sport, become exciting to many in the US. Not many athletes can say they are a main reason why a sport has thrived.

Phelps has also had his odd moments but overcoming that adversity makes him into an inspiring figure and someone that should’ve won the Sportsperson of the Year award.