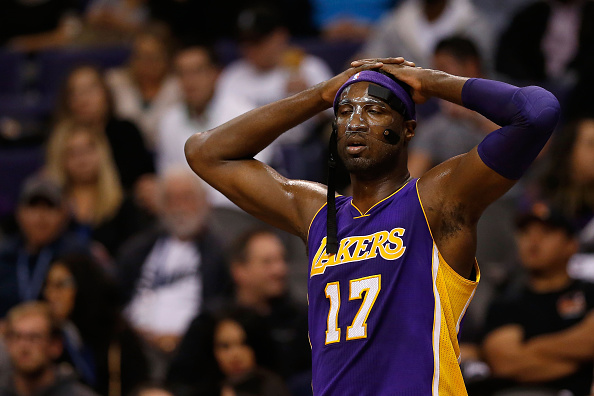 Any time tragedy strikes in this country, stars from all walks of life tend to take to social media to rely their thoughts and prayers and best wishes to those affected. On Wednesday, our nation was shocked by another mass shooting within our borders, this time in San Bernardino, California. Los Angeles Lakers center Roy Hibbert went to his Twitter account to send out a message of sympathy and compassion, but it did not exactly translate very well in the heat of the moment.

Despite losing games left and right my heart hurts more for those affected in the #SanBernardino shooting.

Hibbert’s intent was actually well-placed here, and the message he attempted to convey was the real life horror was more important than the results of some basketball games. Perhaps he could have left out the reference to the struggles of the Lakers on the basketball court though. He has certainly had plenty of feedback in response to the tweet.

@Roy_Meets_World This is one of the worst tweets of all time…

@Roy_Meets_World you're about to take another L with this one, Roy

@Roy_Meets_World Thank you for your bravery.

@Roy_Meets_World bruh, leave yourself out of things next time. i know you're an important basketball man but this ain't about you.

@Roy_Meets_World how magnanimous of you

As is usually the case on Twitter thought, some chose to focus on other topics of conversation…

Hibbert’s Los Angeles Lakers are 2-15 this season after losing on the road against the Philadelphia 76ers Tuesday night.