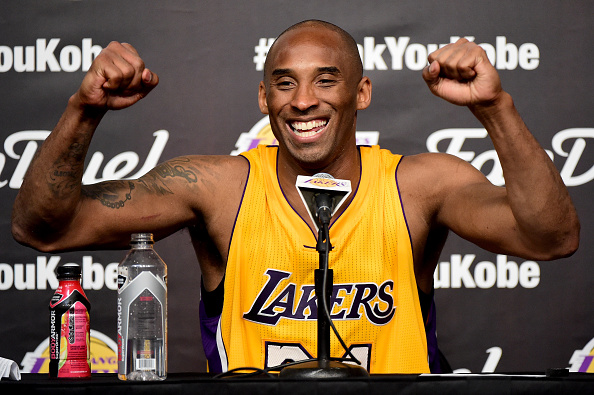 Kobe Bryant’s last game was a hot ticket as fans paid top dollar to watch the Lakers legend suit it up one last time. Many in attendance on Wednesday at the Staples Center made sure to get all the Kobe gear they could, as over $1.2 million in Bryant merchandise was sold at his retirement game reports ESPN’s Darren Rovell.

Sean Ryan, AEG vice president of merchandise told ESPN the single-day sales were a record for any arena in the world. As Rovell notes, many of the sales were from the high-end and extremely high-priced ’24’ collection line which featured eight specialized hats sold for over $38,00 and five that sold for over $24,000, only three of which didn’t sell. All fans wanted was Kobe gear, as Ryan told ESPN the average fan spent $61 on merchandise, with an average bill of $230.

It’s not at all a surprise fans shelled out cash to grab some merch at Kobe’s last game. If you’re going to pay hundreds, possibly thousands of dollars for tickets, what’s an extra couple hundred bucks for a jersey and a hat?

Bryant told ESPN he was appreciative fans paid in droves for the gear so they could have some lasting memories.

“It says that fans are really appreciative of this moment and wanted to maybe have something they can remember,” Bryant said.

Whether fans shelled out thousands for a diamond encrusted hat or simply bought a number 24 jersey, they’re going to have something to take home to remember Kobe’s final game. That’s pretty great.