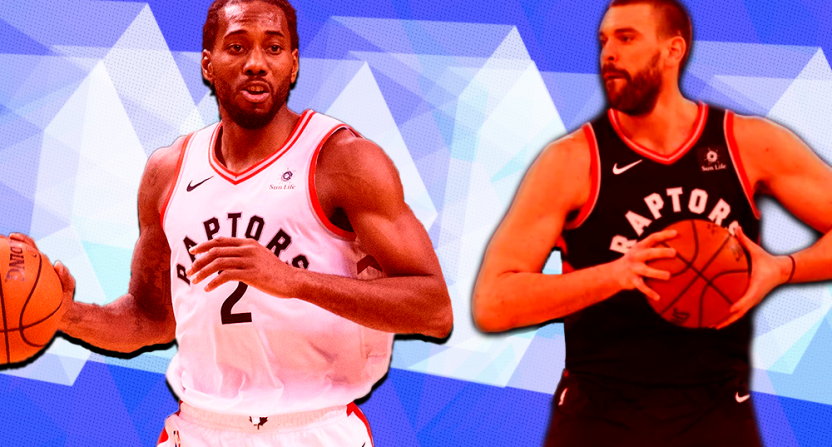 In recent years, the Toronto Raptors have gained an unfortunate reputation as playoff chokers. It’s definitely earned because despite finishing atop the Eastern Conference in four of the last five seasons, the organization has just four series victories to show for it. In 2018-19, the Raptors are once again setting themselves up for a high seed but this 42-16 Raptors squad feels built to put their playoff woes behind them.

What’s different? The biggest change is swapping out star DeMar DeRozan for the supremely talented small forward Kawhi Leonard. Acquiring the 27-year-old California native was a huge risk on the part of team president Masai Ujiri. Trading DeRozan, the face of the franchise who loved being in Toronto had to be tough, but after seeing the same group consistently underperform in the postseason change wasn’t just needed, it was necessary.

Leonard’s been exactly the type of player Toronto was looking for. He’s the best defender at his position in the NBA, is a dynamic player offensively, and is a winner, earning NBA Finals MVP with San Antonio in 2014. He’s had a fantastic season with the Raptors, averaging a career-best 27.0 points and 7.7 rebounds, along with 3.3 assists.

Leonard’s role as ‘the guy’ is crystal clear. While some Raps fans might be disappointed that Leonard has sat a bunch of games due to “load management,” it’s all part of the bigger picture. Leonard plays his best in the playoffs. The regular season is just warm up. Sure, it has cost Toronto some games, but in the long-run it’s worth it.

Toronto’s depth behind Leonard is also a huge plus. Defensively, with Leonard and forward Pascal Siakam, point guard Kyle Lowry, shooting guard Danny Green and recently acquired center Marc Gasol, the Raptors feature above average defenders at each starting position. With the likes of guards Norman Powell, small forward OG Anunoby and center Serge Ibaka, coach Nick Nurse has plenty to work with when he wants to change lineups and switch things up. Former coach Dwane Casey had the luxury of a great bench, but Nurse has great starters and a deep bench to work with.

Getting Gasol and point guard Jeremy Lin (via waivers) at the trade deadline represented a huge boost to an already stacked team. Lowry’s having an up-and-down year, but he’s the heart of the team who can change the game with his passing and clutch three-point shooting. Siakam, likely the NBA’s Most Improved Player, has become an unlikely second option, whose smooth ballhandling ability and hustle made him this year’s breakout star. Green doesn’t score a ton, but he’s consistent from beyond the arc and is a calming veteran force on a team that’s still surprisingly young.

If this group can’t do it, then Ujiri needs to blow things up entirely. He’s gone all-in.

Nurse’s offense is fast-paced. Adding Gasol, a big man with elite passing for his size, was one of Toronto’s biggest needs. It’s fun to imagine seeing this group when they’re at full strength and familiarize themselves with each other. There’s no need to rely so heavily on the younger guys.

Fred VanVleet is a solid backup point guard, but he shouldn’t be getting starting minutes. He doesn’t have to with Lin around. Meanwhile, Ibaka and Gasol can be switched in the starting lineup to better play matchups. The Raptors have a luxury of roster riches. Matching up against the rest of the East won’t pose nearly as big of a problem.

That’s not to say the Eastern Conference isn’t stacked. Boston, Philadelphia, Milwaukee, and Indiana are have played really good basketball for most of the season. But, with Leonard in charge, I don’t foresee any teams being unbeatable. Challenging, sure. But not unbeatable.

Looking at their past playoff failure, Toronto’s biggest Achilles heel in their disappointing playoff runs was LeBron James consistently owning them and bouncing them from the playoffs. James has gone to L.A. now and for the first time since the Raptors became good, they can avoid LeBron in their Eastern Conference matchups. That might not seem like a big deal, but James clearly was in the head of the Raptors. Now, they can focus on winning the East without worrying about the best player in the NBA.

Success in the playoffs isn’t guaranteed. However, for a franchise that’s been labeled as playoff chokers for the past half-decade, they can change the narrative this year. There’s reason to believe Toronto can come out of the East. They’ve got the pieces. It’s time to show the rest of the NBA they’re legitimate contenders.