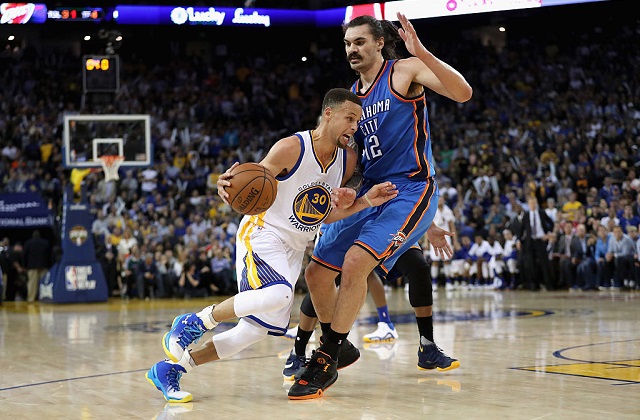 Both the Golden State Warriors and Oklahoma City Thunder possess the combination of great players and very good players that a team needs to win an NBA championship. The reason, in my opinion, that the Warriors have a trophy and the Thunder do not is the mental game of basketball.

Unlike baseball and football, where strategy and tactics are followed closely by fans, there exists a game of basketball that is way beyond the level most of us see and understand. The difference is that in baseball and football the action keeps stopping, allowing for dissection of the last play and contemplation of the next. Those opportunities are rare in basketball until the last minute of regulation, when the timeouts rain down on the game, allowing coaches to try to impose their will on their players.

Even then, once the whistle blows, it’s the players’ game again. The offense moves, the defense reacts, and the offensive players need to read the defensive reaction and decide in a split-second what to do.

Some of these decisions are based on a lifetime of playing basketball, and some are influenced by coaching. The best players seem to have the ability to both be intuitive and receptive to a coach’s input, making the right decisions all the time.

Unfortunately for Oklahoma City, that has not been the way things have gone most of the time. The Thunder has had the talent to win an NBA championship for years; this is their fifth trip to the Western Conference Finals in seven seasons. Their problem has been the propensity to make the big mistake at the wrong time.

When people think of the Warriors and Thunder, the mind automatically goes to Feb. 27 of this year, and a nationally televised game that had absolutely everything. Do yourself a favor and check out the highlights above, then come back here.

There are two plays I want to call to your attention. One is at the end of regulation, when OKC had a two-point lead and inbounded the ball in its own backcourt. Kevin Durant was trapped, and rather than calling timeout he launched the ball toward midcourt. Klay Thompson and Draymond Green made great plays to gain possession and keep the ball alive. Thompson threw the ball to Andre Iguodala as time ran down. Iggy collected himself for a long 2-pointer, a very low percentage shot, and Durant fouled him on the attempt. Iguodala, although not a good free throw shooter, got the job done at the line and tied the score.

There’s no way Oklahoma City should have failed to win this game in regulation. If the Thunder had called timeout, they would have been able to reset the floor, get the ball into Westbrook’s hands, and force the Warriors to foul. Instead, Durant made one bad decision by throwing the ball up for grabs, and then compounded the error by fouling Iguodala.

Nearing the end of overtime, OKC led by 3 with about 40 seconds to go. Klay Thompson went backdoor for a layin which, by itself, would still have left the Thunder in the lead, but Russell Westbrook fouled him, allowing a tying 3-point play. When Westbrook missed a tough contested jumper at the other end, it set the scene for Steph Curry’s crazy (not-crazy) 35-footer that won the game.

In other words, Oklahoma City lost that game from the neck up, not from the neck down. No team can be as bad in fourth quarters as the Thunder have been this season without serious neck-up problems.

The good news for Thunder fans is that their team played smart basketball in the San Antonio series, at least after Game 1. The Thunder also gave great effort, which is another function of neck-up basketball. It was a big enough deal that Steven Adams said this in the Game 2 postgame press conference:

Let’s take a minute with that, shall we?

One of the advantages the Warriors have had over most of their opponents this season is a higher “basketball IQ.” The list of Warriors who are considered among the smartest in the NBA is long: Curry, Green, Bogut, Iguodala, and Shaun Livingston come immediately to mind. Their defense is predicated on players not simply switching every screen, as is widely reported, but in knowing which ones to switch and which ones not to.

When to go out on a shooter and when not to.

When to help and when not to.

When to help the helper and when not to.

Each of these decisions requires an almost computer-like ability to process factors such as game situation (time and score), the opponent’s scouting report (can that guy really hit that shot?), foul data (personal and team, and in Green’s case, flagrant count), and a bunch of stuff I’m sure I don’t know about.

People who know basketball talk about the fact that defense is the one thing you can count on, whether shots are falling or not. The Warriors, contrary to national media and public opinion, are a tremendous example of that. When Iguodala was out for 17 games in March and April, his absence was felt more at the defensive end than the offensive end. The fact that defense is played so much from the neck-up (knowledge, effort and decision-making) is why defensive play is so much more consistent than offensive play. 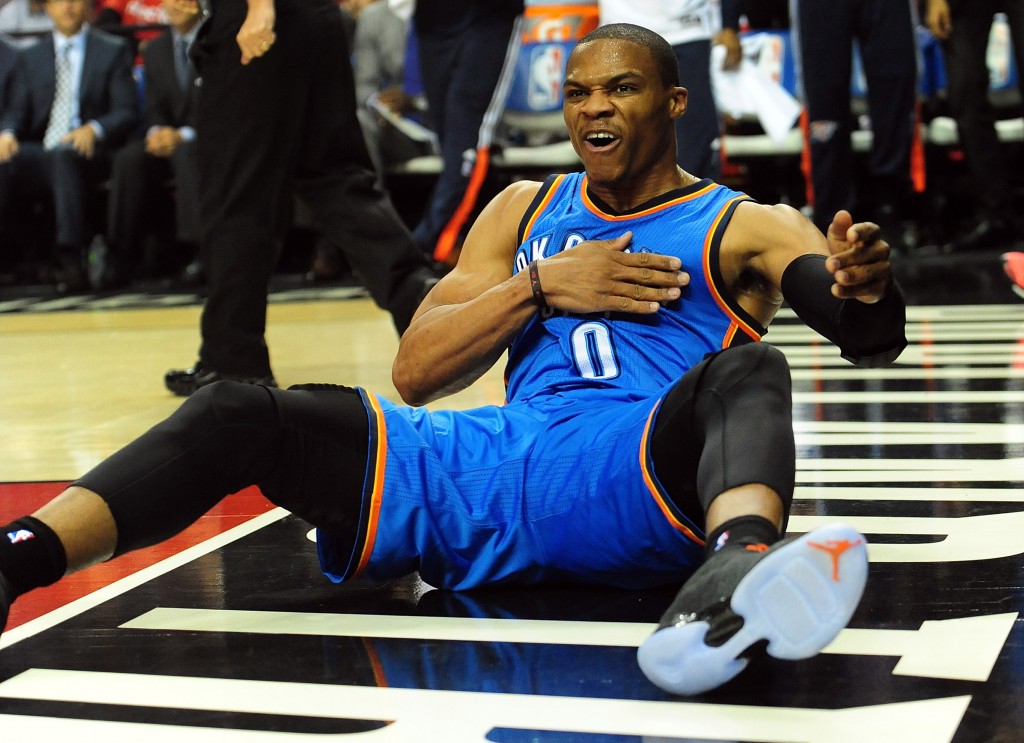 If the Thunder are to have any chance in this series, they have to play defense with their heads. They need to be ready to help when they run Curry or Thompson off the 3-point line. They have to decide whether or not to let Harrison Barnes shoot his corner 3. Their bigs are going to play defense at the 3-point line, where they have very little experience, so everyone has to be ready to compensate.

The most important brain of all belongs to Russell Westbrook. He played neck-up basketball in the last three games of the Spurs series, and if he continues that, the Thunder have a real opportunity to upset the Warriors and advance to the Finals.

One thing I think we have to keep in mind when trying to evaluate the Thunder at this moment is that we don’t know how much of their success against San Antonio was due to them figuring things out (Westbrook’s distribution, Adams and Enes Kanter playing together), and how much was due to the Spurs missing open shots we’re used to seeing them make. We won’t know until after a game of the series — maybe more — against the Warriors.

I’m picking the Warriors in six, but it’s not a confident call. Ask me after Game 2.