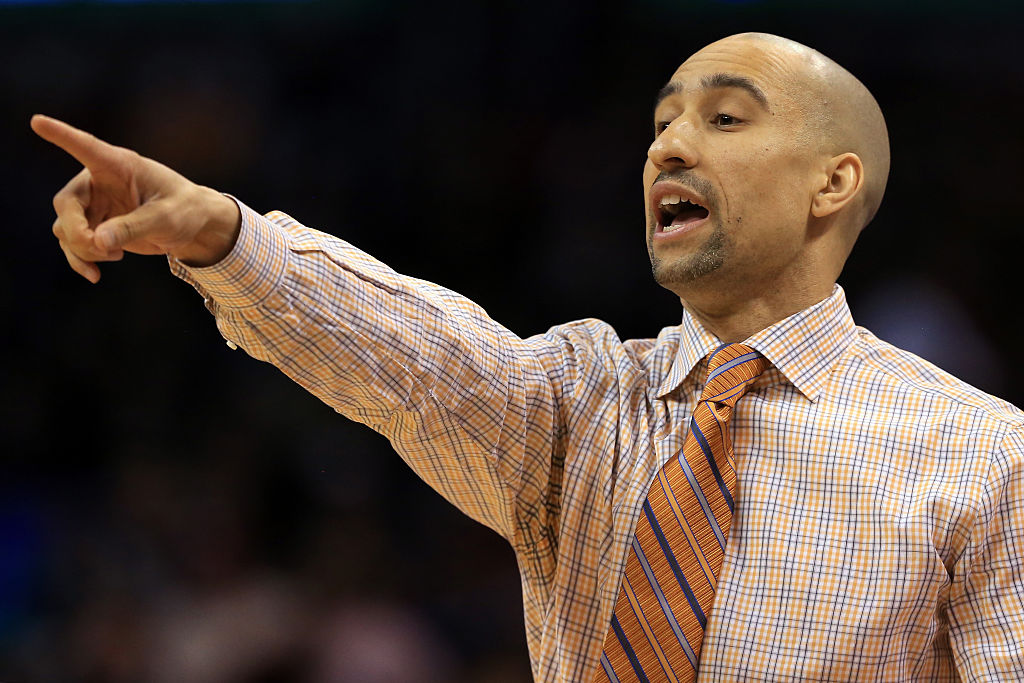 Imagine you’re an NBA owner. You’re in an exclusive club of 30 and enjoying the baller lifestyle. There’s just one problem. You don’t have a coach.

You could hire a retread. (George Karl, Rick Adelman and Byron Scott keep calling, but you let the phone go straight to voicemail.) But how about someone new? Should you take a chance on a college coach?

Historically, college coaches making the jump to the NBA have not fared well. However, Billy Donovan at Oklahoma City and Brad Stevens with the Boston Celtics have enjoyed some success early in their pro careers.

Donovan, in his first NBA season after leaving the University of Florida, just defeated the most successful regular-season San Antonio Spurs team of the Tim Duncan era to reach the Western Conference Finals. Stevens, in his third NBA season since leaving Butler, guided the Celtics (48-34) to its best regular-season since 2010-11.

Sure, the jury is still out on Fred Hoiberg, formerly of Iowa State. The Chicago Bulls missed the playoffs for the first time in eight years. However, the influx of Donovan, Stevens, and Hoiberg signal changes from the traditional way of thinking.

College coaches no longer have to take bad NBA jobs anymore. The top 10 highest-paid coaches are making north of $3 million a year, with Duke’s Mike Krzyzewski and Kentucky’s John Calipari making over twice that amount to lead the pack. The average NBA coach makes about $3 million, so the financial incentive for some college coaches isn’t what it used to be.

Donovan probably landed the best job any college coach has ever been offered. Oklahoma City has two of the five best players in the league in Kevin Durant and Russell Westbrook. Stevens, only 39 years old, went to the tradition-rich Celtics who have a well-run organization.

With the perception toward college coaches in the NBA changing, who else would fit well in the NBA? Here are five college head coaches who could make the transition:

The Connecticut coach seems like the most obvious candidate. Ollie was an NBA journeyman, playing 13 seasons for 11 teams. In his first stop, he was at Oklahoma City where he was teammates with Durant and Westbrook. Ollie was in the running for the Thunder job last spring.

Ollie, 43, has built a strong resume in four years at UConn. He led to the team to a surprising national championship in 2014 as a No. 7 seed. The Huskies have one of the top incoming recruiting classes and could be a preseason top 25 team this fall.

Ollie is young enough so that if the right job came along — reasonable chance to win, established franchise — he could be tempted.

Fresh off NCAA title, Villanova’s Jay Wright has emerged as the top choice of the Phoenix Suns to become their head coach, per NBA sources.

Jay Wright is someone who has been long-rumored to be interested in the NBA — even before he led Villanova to the national championship last month. Wright doesn’t have any NBA ties, but pro teams are interested in him. He was reportedly the top candidate for the Phoenix Suns job and the Lakers were also interested.

The George Clooney doppelgänger looks the part and coached in a major media market. Wright deserves a ton for credit for building Villanova back into a basketball power. The Wildcats will have a decent shot at repeating, especially with the return of championship game hero Kris Jenkins.

But the timing isn’t right for Wright. And right now, the Suns and Lakers are bad jobs that have subsequently been filled by unproven young coaches. Unless Wright gets blown away with a big money offer, he probably will remain for at least one more season. Wright turns 55 this winter, so if he’s going to try the NBA, it probably will be sooner than later.

John Calipari to the NBA is the rumor that won’t die. Earlier this week, he wrote on his website “My plan is to coach here (at Kentucky) for the rest of my career. I want this to be my final coaching position.”

Kentucky might actually end up being Calipari’s final stop. In college, he has advantages he would not enjoy in the pros. In the NBA, you’re limited by free agency, the salary cap and the draft. Also, the players have the power. Not the coaches. In college, Calipari can simply out-recruit the competition every year.

There is also the matter of Calipari’s demands. According to Yahoo! Sports Adrian Wojnarowski, Calipari’s asking price for an NBA return is whopping 10 years, $120 million. That’s a ridiculous amount of money for a guy who went 72-112 with the New Jersey Nets. Oklahoma City is paying Donovan $6 million annually. Donovan has twice as many NCAA championships as Calipari and he won at a football-first school.

Will some NBA owner go off the deep end and give in to Calipari’s wishes? It only takes one.

Larry Krystkowiak did excellent job at Montana before leaving to coach Milwaukee Bucks. Has similar NBA mind/ideas like Hoiberg/Ollie.

Krystkowiak has NBA coaching experience and played in the league. He was in charge of the Milwaukee Bucks (18 games in 2006-07 and the entire 2007-08 season) and has been an NBA assistant. He was fired after going 26-56 for a lousy franchise in Milwaukee. Perhaps he deserves another chance.

Larry Krystkowiak has done a solid job in college, both at the mid-major and major conference levels. He first led Montana to the NCAA Tournament twice. Then Krystkowiak helped usher Utah into being a competitive member of the Pac-12.

Can't speak to the NBA aspirations of either one, but sources say two college coaches who intrigue the Rockets are Shaka Smart and Bill Self

Shaka Smart and Brad Stevens are forever intertwined after meeting in the 2011 national semifinals, arguably the most shocking Final Four match-up of all time. Smart guided VCU from the play-in game to the Final Four, and later parlayed that run into his current job as head coach of Texas.

Smart has only been in Austin for one season. Texas, a chronic underachiever, has everything required to win a national championship. It features a rich athletic department, strong in-state recruiting base, and is located in a great, fun town. (Have you been to Austin?) Still, it’s a football-first school with a notoriously fickle fan base.

Houston Rockets reportedly looked at Smart and Kansas coach Bill Self. To me, Self looks like a college lifer. Smart, however, is the same age as Stevens. Perhaps he’ll coach against him in the NBA someday soon.