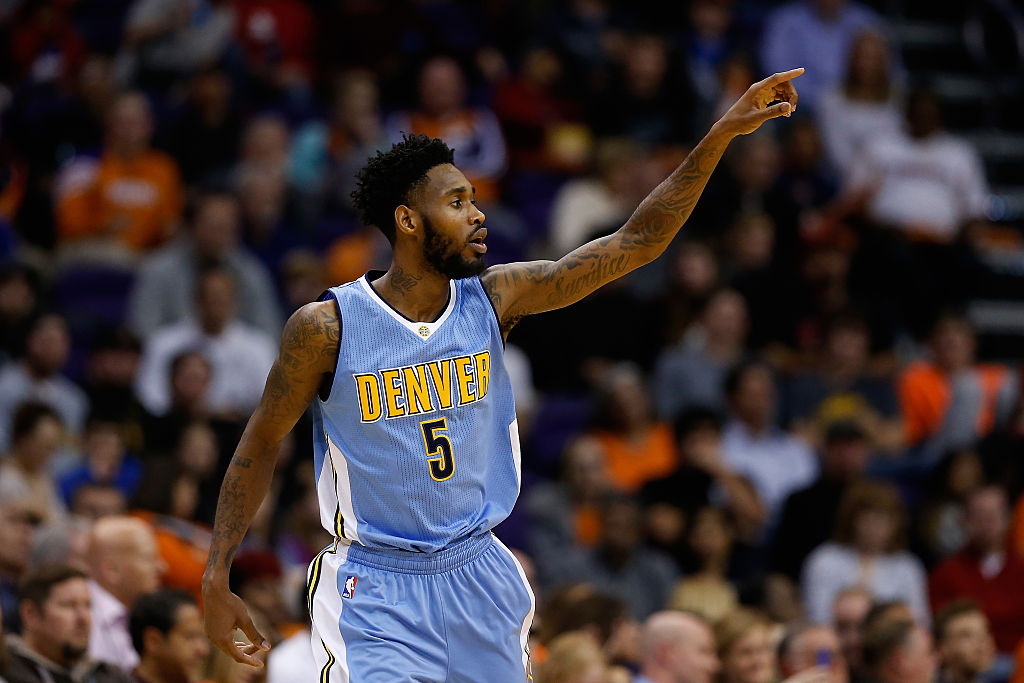 Will Barton is a candidate for the Most Improved Player award this season, a frontrunner for the 6th Man of the Year award and a competitor in Saturday night’s Slam Dunk Contest during All-Star weekend in Toronto. It’s funny that he’s being discussed for the MIP, because the Denver Nuggets guard doesn’t even like the concept of an “improved player.”

“I hate when someone’s having a good year and people say ‘you’ve improved so much,’” Barton told The Comeback in a lengthy interview prior to Saturday night’s signature event. “I don’t really believe in that.”

Barton believes in opportunity, something he didn’t get enough of in Portland and is making the most of in Denver. He’s averaging 15.5 points and six rebounds per game coming off the bench with career highs in PER, win shares and offensive rating. His fast-paced, aggressive, confident playing style is fun to watch, blossoming on the court after not really getting that chance in Portland.

Barton, 25, played just 11 minutes per game in 2.5 seasons with the Blazers while stuck behind Wes Matthews. Barton was approaching restricted free agency and Portland was looking to upgrade its bench, so Will The Thrill was shipped to Denver at the 2015 trade deadline in a package for shooting guard Arron Afflalo.

“I was excited to get traded to a team where I knew I could get the opportunity to play,” Barton said, knowing that chance wouldn’t come in Portland, though he made sure to point out how appreciative he is of the franchise where he started his career. After leaving Portland, Barton averaged 11 points and 4.6 rebounds per game in his brief time last season with the Nuggets under Brian Shaw and interim coach Melvin Hunt. A restricted free agent, Barton’s future was uncertain when Mike Malone was hired in mid-June.

“He hit me up as soon as he got the job,” Barton said. “He really liked my game and was looking forward to coaching me, working with me and said that I would have the opportunity to compete to have a role on this team. And that’s all I needed to hear.”

In July, Barton re-signed for three years and $10.6 million, what looks like an unbelievable bargain now. Barton really upped his intensity during summer workouts and training camp, believing that he can make a larger contribution for Denver under Malone this season.

“I figured I would have a chance to have a big role as long as I came in focused and ready to play,” Barton said. “It was about gaining and keeping coach’s trust day by day, and I think I did that.”

Gaining Malone’s trust may have been more difficult than Barton imagined.

“I did not anticipate Will Barton playing at this level,” Malone told The Comeback. “So give him all the credit.”

Malone was impressed by Barton’s work ethic, calling him a gym rat and complimenting him on his passion for the game of basketball.

“He’s taking full advantage of the opportunity given to him,” Malone said. “Every night, we go to Will off the bench. He’s our sparkplug. He pushes the ball in the open court, where he excels.”

Barton is 12th in the league in transition points, per NBA.com, and second among bench players behind Sacramento’s Darren Collison. Only 10 other players average more points per possession in transition than Barton, among those who spend at least 20 percent of their possessions in transition.

“He’s very efficient in the open court,” Malone said. “He’s a guy that just makes things happen out there. When he plays at a high level, good things happen for us as a team.”

Favorite dunk of all time? Easy. Can’t wait to do my thing in Toronto #VerizonDunk #ThrillToronto @nuggets @NBAhttps://t.co/d20KpjcSXI

Based on the numbers, Denver should be playing Barton even more than his current 28.5 minutes per game. In the 20 games Barton has played between 30 and 39 minutes this season, he’s averaged 21.1 points per game on 47.3 percent shooting overall, and 46.5 percent from three, to go with 7.3 rebounds.

Malone also pointed out that Barton was one of the team’s best rebounders. On a team with big men including Kenneth Faried and up-and-coming centers Nikola Jokic and Jusuf Nurkic, Barton is second on the team with six boards per game. Despite coming off the bench, Barton is sixth among all NBA guards in rebounds per contest, according to NBA.com.

“I’ve gotten better but I still have the same identity and makeup,” Barton said. “And it’s just now that I’m getting the chance and coach is believing in me and my teammates believe in me and are counting on me.”

Barton says he’s trying not to get caught up in all the positive attention he’s been getting recently, focusing on staying humble and level-headed while working hard for himself and for his team.

On Saturday night, it will be hard to stay humble, as the NBA community focuses solely on Barton, as he competes against Detroit’s Andre Drummond, Orlando’s Aaron Gordon and Minnesota’s Zach LaVine, the highly praised defending champion, in the NBA Dunk Contest.

So what does Barton have planned for the dunk contest?

“You’re going to have to wait and see,” Barton said. “I can’t let it out of the bag yet, but I’ve got some stuff. Hopefully it’ll work out. It’ll be very interesting and entertaining.”

LaVine is heavily favored to win the event, but Barton shouldn’t be dismissed or ruled out so easily. We’ve all seen what he can do with just a little bit of opportunity.