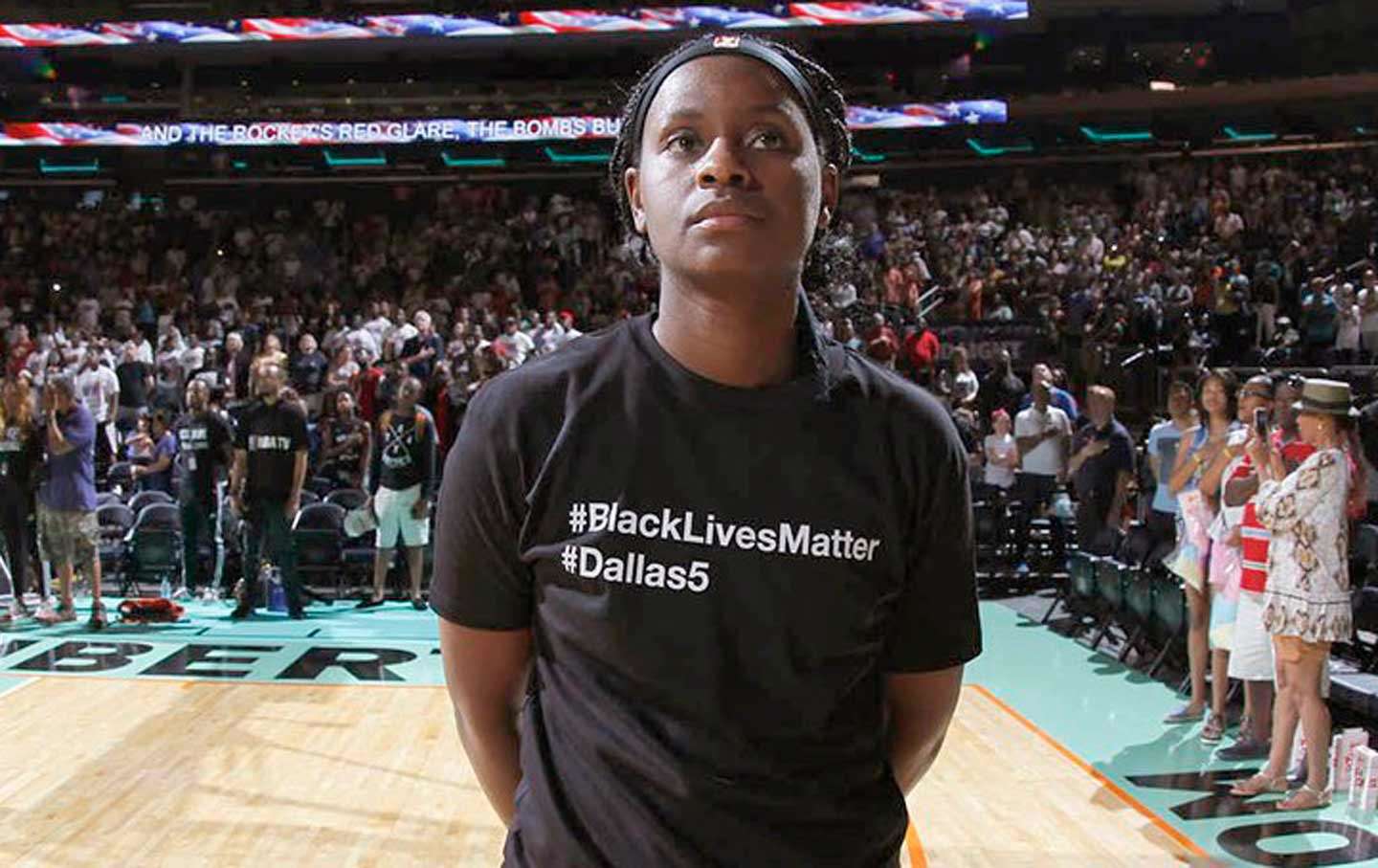 With everything going on in the United States in terms of racial divides and the Republican National Convention, some people use sports as an escape. As a result, this gives athletes a unique opportunity to speak out and advocate for what they believe in.

Sadly, sometimes when athletes speak out or advocate for something, they end up getting in trouble in the process. That’s exactly what happened with a group of WNBA players this week.

The league fined players from the New York Liberty, Phoenix Mercury, and Indiana Fever for wearing black warm up shirts with “#BlackLivesMatter” and “#Dallas5” on them after the recent shootings by and against police officers. The three teams were fined $5,000 dollars each while each player received a $500 fine.

New York has now worn plain black shirts to warm up four times while Phoenix and Indiana have only done it once. The WNBA rules state uniforms can’t be altered and that’s technically what the players did.

“We are proud of WNBA players’ engagement and passionate advocacy for nonviolent solutions to difficult social issues but expect them to comply with the league’s uniform guidelines,” WNBA President Lisa Borders said in a statement on Wednesday.

The WNBA sent out a memo to teams reminding them of the uniform policy earlier this week, but that was before these recent occurrences. The reminder was a response to players from Minnesota, New York, and Dallas who wore shirts in remembrance of two men shot by police along with the five Dallas police officers who were killed on July 7th.

The Minnesota Lynx have agreed to not wear the shirts again and instead speak out in other ways. The Liberty meanwhile reached a deal with Adidas to wear plain black shirts with the Adidas logo on it, but not the Liberty logo.

In December of 2014, LeBron James, Kyrie Irving, Kevin Garnett, Deron Williams, Jarrett Jack, and Alan Anderson all wore shirts that said “I Can’t Breathe” on them before their respective games. The shirts honored Eric Garner, who was shot and killed by police a couple days prior.

However, the big difference is those NBA players were not fined by the league unlike the WNBA players this week.

“I respect Derrick Rose and all of our players for voicing their personal views on important issues but my preference would be for players to abide by our on-court attire rules,” NBA Commissioner Adam Silver said at the time.

The shirts didn’t appear to be made by Adidas, who also dress the NBA.

At the end of the day, it’s surprising to see two very similar situations and one group get fined while the other was not.