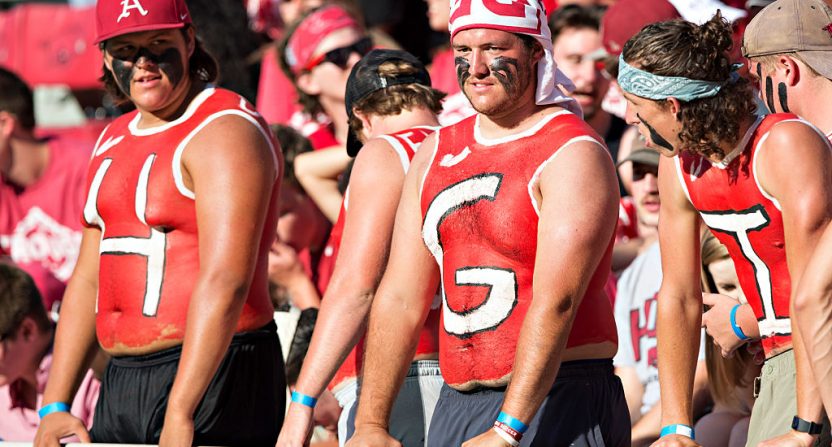 This just doesn’t seem like a good idea. Arkansas governor Asa Hutchinson has signed a bill that will allow concealed handguns in various buildings throughout the state, including Razorback Stadium, Bud Walton Arena, and other athletic facilities on campus, according to an Associated Press report.

Hutchinson said the law aims to “balance public safety and the Second Amendment.” Because God forbid we have more public safety disasters at Arkansas sporting events, of which there have been exactly none other than Rotnei Clarke’s torrid 3-point shooting that nearly burned the campus down on a nightly basis from 2008 to 2011.

The law will go into effect Sept. 1, just in time for the Razorbacks’ first home game at Razorback Stadium against TCU. However, state police have until January to design the required eight-hour active-shooter training that people with concealed carry licenses will need to bring their firearms to sporting events, so we likely won’t

According to the Associated Press report, more than 220,000 people in Arkansas have concealed carry licenses.

“People like to have a good time before the game, during the game, people get emotional and angry during the game,” said Democratic representative Greg Leding. “I think the idea of introducing loaded weapons into those situations is just ridiculous.”