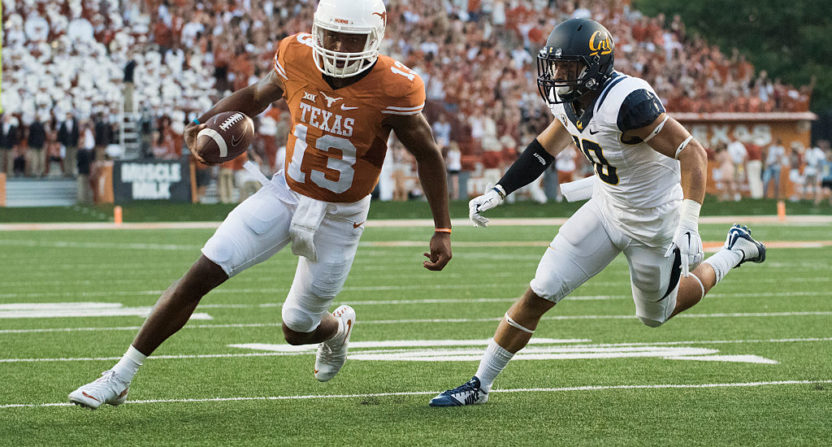 Politics and sports might be crossing paths once again.

The NCAA recently reversed a decision that banned its championship events from being played in North Carolina thanks to the state’s controversial HB-2 law that many saw as discrimnatory and anti-LGBT. Now other states are involved in a dispute that could have serious consequences for college athletics.

California has banned state-funded travel to a total of eight states because of what the California government feels are anti-LGBT laws. Initially, the states on the banned travel list were Kansas, Mississippi, North Carolina, and Tennessee. Then last week, California added Texas, Alabama, South Dakota, and Kentucky. At the heart of the Texas decision is a new law that allows adoption agencies to refuse service to a number of different groups based on religious freedom.

The Texas ban in particular has raised questions about California public universities playing sporting events in the lonestar state. If coaches are state-funded employees, does the ban apply to them and thereby their teams? Right now according to the Fort-Worth Star Telegram, there is uncertainty.

A lot is at stake for sports fans — from the championship dreams of California teams to the future of championship matches in Texas. Still, many government officials, university leaders and business groups contacted by the Tribune on Friday said they had no idea how the decision would play out.

“It’s too early to know the direct impact,” said Mike Rosen, a University of Houston spokesman.

The main question being asked is simple: Does the ban apply to the coaches of California public university teams?

In addition, Texas is a regular host of NCAA postseason events that California teams aspire to compete in. San Antonio is hosting the 2018 Men’s NCAA Final Four, for example. And AT&T Stadium in Arlington regularly hosts games in the College Football Playoff.

The cancellation of college sporting events due to controversial state laws is not unprecedented. Just last year the University of Albany canceled a basketball game at Duke because of North Carolina’s HB-2 law under similar circumstances. Given how many major NCAA events take place in the state of Texas and how many major universities could be affected in the state of California, the ramifications could be much larger.

Everyone involved says it’s too early to tell what the impact might be or if future games and championship events might be in jeopardy. Athletic departments could be exempt and previously scheduled games will still be played, but ultimately the decision rests with the California government. If there is an NCAA impact, with California’s ban not just to Texas but instead extending to eight states total, it could be far reaching across college athletics.