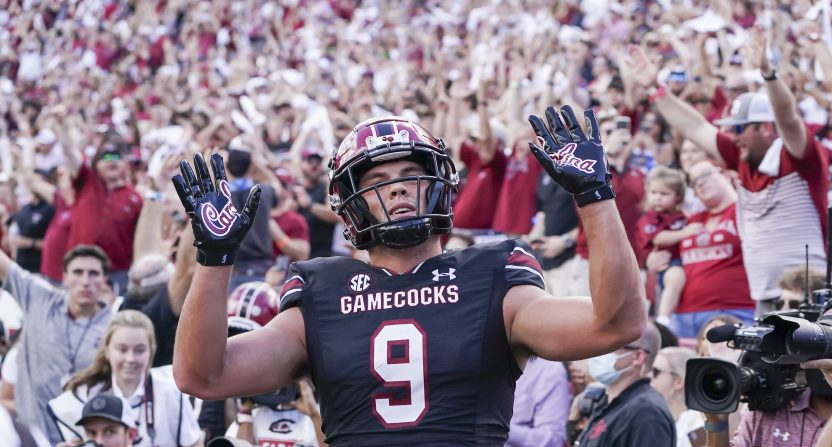 Costco has a reputation for having everything available to purchase, including caskets. That reputation was strengthened after it was discovered that the warehouse club is selling tickets to various sports games.

On Costco’s website, under the “sports events” section, it shows six teams from the college football and pro soccer world, who have tickets for sale. It’s important to note that while you are eventually obtaining two tickets, you’re actually buying an eVoucher from Costco. You will then redeem that eVoucher on a different site for two tickets to an available home game for that team.

From college football, you can buy an eVoucher that allows you to get two tickets to home games for the Louisville Cardinals (south end zone for $69.99), Fresno State Bulldogs (premium bench for $74.99), and Rutgers Scarlet Knights (lower level sideline for $99.99). From soccer, you can go to home games for USL’s Orange County SC (field MVP for $59.99), USL’s Sacramento Republic FC (field level north including private field club access for $129.99), and MLS‘ D.C. United (sideline for $59.99).

While those options are available online, some people have noticed that you can buy tickets in-store, including for the South Carolina Gamecocks.

Interesting. Have not seen this before.

Look what is available at Costco now #Rutgers #Chop pic.twitter.com/1TMaqUD1Qp

Many have cracked jokes about how this looks desperate but this can be a good bit of business. For one thing, lots of teams do this in various places. Whether it’s at your local supermarket or on Groupon, promotions where people can get a deal on tickets happens a lot more often than you think. And given that there are blackout dates, it’s most likely that you can only get tickets to games where demand isn’t as high as others.

Granted, this might make the value of tickets go down and risks the marketplace being accustomed to the lower price as well as upsetting fans who may have bought their tickets at regular price, but it’s certainly a risk worth taking. People want a deal and they may not go through the traditional methods to purchase tickets. If they’re going through Costco for their groceries and other items and see discount tickets for a South Carolina game, it might be a great impulse buy to take the family out to a game.