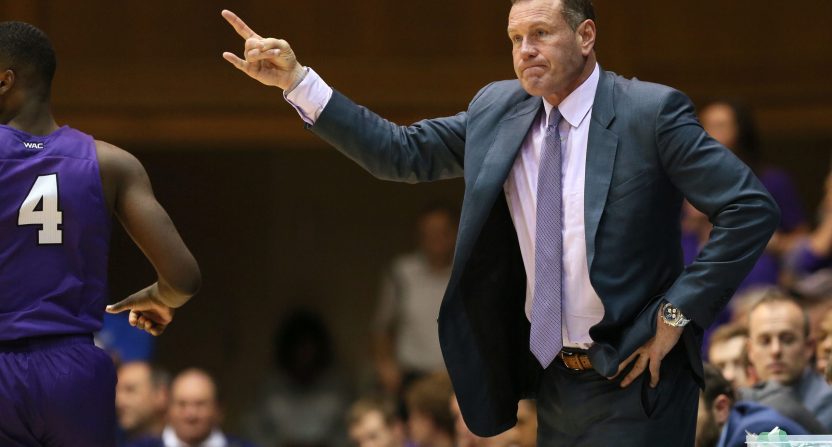 Grand Canyon University announced on Thursday that they have “parted ways” with head men’s basketball coach Dan Majerle. The university released a statement, featuring quotes from President Brian Mueller and “Strategic Advisor” Jerry Colangelo, former owner of the Phoenix Suns (where Majerle was a three-time All-Star):

“We have made the decision to move in a new direction with our men’s basketball program.” GCU President Brian Mueller said. “We wish Coach Majerle the best of luck in his future endeavors.”

“GCU has become a premier mid-major basketball destination with its resources, facilities, and student and community support,” GCU Strategic Advisor and Phoenix sports icon Jerry Colangelo said.  “We look forward to the future of the program under the direction of the new head coach.”

This news is an eye-opener for multiple reasons.

For one, the timing is particularly interesting with everybody concerned about the coronavirus outbreak and most of the sports world shutting down. Earlier on Tuesday, the NCAA canceled both basketball tournaments and pretty much any other collegiate championships for the foreseeable future. This Majerle news came just hours after the WAC Tournament was canceled; Grand Canyon was slated to play UMKC in the first round.

But Majerle did a lot to put Grand Canyon on the map in the college basketball world, leading the Antelopes to a 136-89 record (.604 winning percentage) over seven seasons as head coach. Grand Canyon became a Division I team in year one of Majerle’s tenure, and finished top-3 in the WAC in Majerle’s first six seasons, with 20+ wins overall in four of the seasons. This season was their worst in Majerle’s seven years and the only sub-.500 season. Grand Canyon went 13-17 and 8-8 in-conference.

As the AZ Central notes, Majerle was hired on the recommendation of Colangelo despite having no head coaching experience.

The former Suns guard and assistant coach was given the GCU job on former Suns owner Jerry Colangelo’s recommendation seven years ago with no head coaching experience.