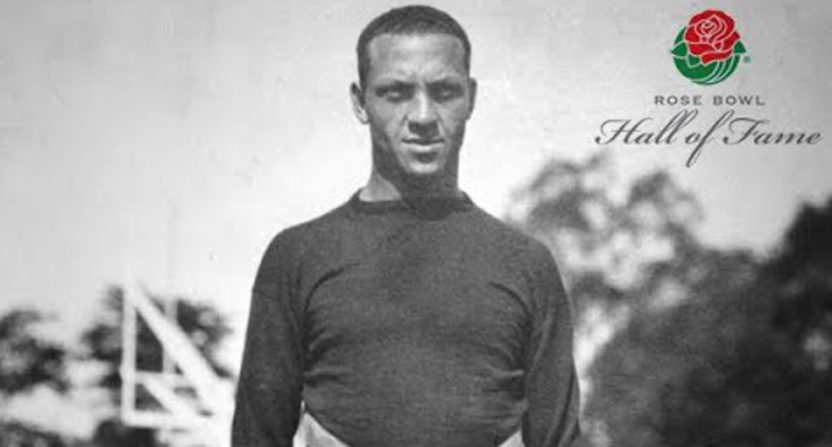 The Rose Bowl is inducting four people into its Hall of Fame Saturday, and three of them are quite well-known to college football fans: former Michigan cornerback Charles Woodson, former Texas coach Mack Brown, and former UCLA quarterback Cade McNown. However, it’s the fourth inductee who might be the most interesting story, and that’s Dr. Charles “Pruner” West, who became the first African-American quarterback to play in the Rose Bowl.

West did that in 1922 for a Washington and Jefferson team that held undefeated Cal to a 0-0 tie. West’s daughter, Linda Nickens, who’s now 72, had all sorts of remarkable things to say about him to Samantha Pell of The Washington Post:

“He’s kind of my hero,” Nickens said of her father. “I don’t know too many men like him. I don’t want to start crying, but he taught me the good lessons about family and how to deal with people. People in Alexandria would say he was the kindest man they knew.”

…W & J, which only had 11 players play the entire game, was invited to play in the Rose Bowl after going undefeated in the 1921 season. California was known as one of the best college football teams on the West coast, dubbed the “Wonder Team.” At the time there were only a handful of black athletes playing on predominantly white college teams, and after Fritz Pollard of Brown University became the first African American to play in the Rose Bowl in 1916, West was the first to participate in the game at the sport’s most important position.

The really amazing part of that story isn’t about the Rose Bowl, though, but about how West handled racial abuse he took elsewhere.

Once during the 1921 season, when the W & J football team traveled to play West Virginia, the local pharmacist put up a display in the storefront window. In the middle was a toy ambulance, in which there was a baby antique bisque doll, painted jet black with the outline of a football uniform in W & J colors — the implication being that West would leave the town in an ambulance after what the West Virginia team would do to him on the field.

West, who had heard about the display, went over to the merchant after W & J defeated West Virginia and asked if he could have it when he was done with it. The embarrassed pharmacist gave it to him on the spot.

Nickens, who said her father took most of the racial insults “in stride,” still has the toy ambulance and doll in her house.

Here’s a ceremony honoring West at Washington and Jefferson (in Washington, Pennsylvania) earlier this year:

West, who passed away in 1979, sounds like a remarkable man. He was also involved in a lot of key early college football moments. In 1923, Washington and Lee refused to play Washington and Jefferson if West was going to suit up. That led to W+J coach John Heisman and West’s teammates deciding to cancel the game rather than play without him. West also was a two-time national collegiate pentathlon champion and made the 1924 U.S. Olympic team in track, although he didn’t take part thanks to injury. And he almost went on to a professional football career, signing with the NFL’s Akron Pros before leaving them after a week once he found out he’d been accepted to medical school at Howard.

Medical school may have ended West’s athletic career, but his impact didn’t stop there. He started a general medical practice in Alexandria, Virginia in 1928 and kept it going for about 50 years. And, as mentioned above, he managed to make quite the mark on not just his family but also the town at large. It seems quite fitting that the Rose Bowl is going to recognize him this year and share his story with more people. Though West may not be as widely known as the other inductees, he has an amazing story in his own right. And it’s great to see the Rose Bowl giving him some recognition.