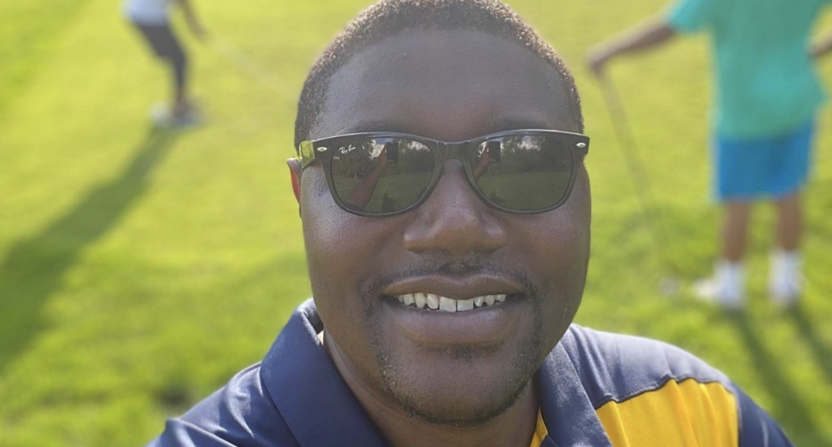 Former Indiana defensive lineman Chris Beaty was one of two men shot and killed over the weekend in Indianapolis. According to the Indianapolis Star, the 38-year-old was shot multiple times before midnight on Saturday night and died at the scene. Dorian Murrell, an 18-year-old, was shot at around 2:30 am and was pronounced dead after being taken to Eskenazi Hospital in Indianapolis.

There is no evidence to suggest the two shootings were connected. Police arrested one person in connection to one of the shootings but didn’t say which shooting the arrested person was allegedly involved in.

Indianapolis, among many cities across the United States, has been the site of protests condemning police brutality on black people after the killing of George Floyd in Minneapolis. As of Monday morning, it’s not clear whether either shooting was a result of the protests.

Beaty was a defensive lineman at the University of Indiana from 2000 to 2003 but he made his biggest impact after college, becoming a prominent business owner throughout Indianapolis. Beaty ran various restaurants and nightclubs all over the city and owned Fresh Marketing, a promotion and marketing company, since 2011. Just recently, Beaty worked to form Worldwide Masks, a company that made face coverings to prevent the spread of COVID-19 and other germs.

Many took time to remember Beaty after it was revealed he had been killed.

We are saddened by the tragic loss of Chris Beaty.

R.I.P Chris Beaty
Was great guy, we had some good times at IU. You will be truly missed bro.

Chris Beaty has been a friend to me from the moment I moved to Indianapolis when I was 20 years old.

He was always cultivating ideas of how to move our city forward how to positively showcase the Hoosier state to the world.

Senseless violence has taken one of the best of us🙏🏻 pic.twitter.com/ibedTLzM4Q

I’m absolutely heartbroken. Chris was the most lively, positive person who had an immense passion for people & his community. I loved looking to find him on game days, sharing many hugs and smiles, chatting about our shared love of sports especially our beloved Hoosiers. pic.twitter.com/riiQTkeuMo

This is Chris Beaty.
Smiling around his #iufb teammates.
He was known for that big smile and an even bigger heart.https://t.co/ZVaBbWl6D4 pic.twitter.com/bHAsHtsZCj

Just when I thought I couldn’t feel sicker to my stomach, I find out it was Chris Beaty who was shot and killed downtown Indy after the protests turned violent. I miss his smile already. https://t.co/hHguzolDSi

This is hitting close to home. Lost a good guy in Indy as he was shot last night downtown. RIP Chris Beaty. Praying for humanity right about now. “Violence will only increase the cycle of violence.”
-Dalai Lama

We lost an incredible person in Indianapolis over the weekend during the chaos and rioting. The violence has to stop… I wanted to share a couple stories about Chris as he was truly one of the nicest people you could meet. We will miss you @BeatyzWorld pic.twitter.com/YgwYmxvFQj