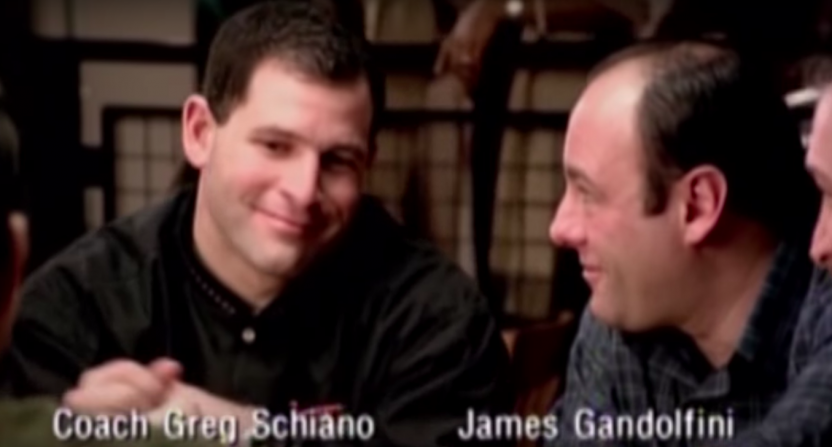 It was one of the worst-kept secrets in New Brunswick, NJ that Chris Ash almost certainly wasn’t going to make it to 2020 as head coach of the Rutgers Scarlet Knights.

It was slightly surprising (but only slightly) to learn than he has been fired by the school already. In fact, while the announcement broke this weekend, Stadium’s Brett McMurphy reported that the decision was actually made two weeks ago. He also reported that school officials have been putting out feelers in the days since to see if some of their top candidates might be interested.

According to Murphy, the school seemed to have zeroed in on coaches with head coaching experience (unlike Ash, who was an assistant from Urban Meyer’s OSU staff). That list includes Butch Jones, Jim Leavitt, and one Greg Schiano.

Schiano is, of course, notable because he was Rutgers’ head coach from 2001 to 2011. You would not get much of a fight from anyone if you said that 2005-2011 was the greatest stretch in Rutgers football history and pretty much all of it can be credited to him. The school went to six bowl games on his watch and, perhaps more importantly, Rutgers football became relevant in college football and in the popular culture for the first time ever.

In 2012 he left to try his hand at the NFL, where he failed miserably, sputtering out after two seasons with the Tampa Bay Buccaneers. He quickly gained a reputation for being out of step with players, trying to treat them like college students instead of professionals, and his 11-21 record certainly didn’t help matters.

Since then, both Schiano and Rutgers have taken some beatings. Rutgers, based largely on the success of the football program under Schiano, joined the Big Ten and immediately regressed into the basement-dweller it had been for most of its existence. Meanwhile, after Schiano rehabbed his rep at Ohio State, he was offered the head coaching gig at Tennessee. However, a revolt that included not just fans but state representatives, alumni, and local sports media, forced the school to look elsewhere. He accepted a position with the New England Patriots in 2019 but quickly resigned for curious, mostly unexplained reasons.

The speculation from some was that Schiano opted against spending the season with the Pats because he’d been told by Rutgers that they want him back and it was only a matter of time. Who knows if that’s true or not, but if there was ever a time when he could return to Rutgers, it’s right now. And, honestly, there’s no better candidate for the school.

Rutgers is, for all intents and purposes, the laughingstock of the Big Ten. Maligned when they joined the conference in 2014, they have been a doormat for much of their time there. After going 8-5 in their inaugural season in the conference, they haven’t done better than 4-8 since. Plus they’ve brought a few scandals and embarrassments with them, tarnishing whatever off-the-field reputation they were supposed to have to prop up their on-the-field shortcomings. And when Rutgers loses in the Big Ten, they don’t just lose, they tend to get obliterated.

Rutgers, have you ever tried just not playing Michigan? pic.twitter.com/9YhV0rGCP6

The simple truth is that it was always going to be hard for Rutgers to be competitive in the Big Ten, especially in a division with the likes of Michigan, Ohio State, Penn State, and Michigan State. And even if they right the ship, build a recruiting wall around New Jersey, and return to their 2000s form, they will almost certainly never be a consistent contender to the division crown, let alone the conference title.

Greg Schiano is older now and comes with a lot more baggage, but he’s still the one guy who figured out how to be successful there. It stands to reason that he could figure it out again. And even if he was only able to get Rutgers back to mediocrity, flirting with bowl eligibility and giving the Big Ten bluebloods a bit more of a fight, that would be a huge win for the school and the program. It’s a little sad to say but, in this instance, the semblance of competitiveness is the goal.

If Schiano has shown anything in his career, it’s that he’s ideally suited for college football. He is not well suited for the pros, but he doesn’t need to be. He’d be welcomed back as a hero (probably the only place in America that Greg will get that treatment) and there are going to be a lot of New Jersey high school coaches who admire him and who will want to get in touch.

Schiano would be treated like a celebrity and he’d inject some much-needed attention to Rutgers. And if that’s all he ends up doing, he’s still probably done more than 90% of the other candidates out there. Your other option is to invest in another rebuilder and, based on the way things panned out for Ash, the school does not have the luxury of waiting another three years to hope things start moving in the other direction.

Plus, if the plan is to go with an also-ran head coaching hire, why bother hiring anyone other than Schiano? There’s no reason to think Jim Leavitt, Butch Jones, Randy Edsall, D.J. Durkin, Larry Fedora or any other name you could rattle off would have better odds than the guy who’s already done it. You might as well take another spin with the guy who managed to go 11-2 here (seriously, that seems crazy now).

It’s very early days for Rutgers in their coaching search. For now, they’ve put their faith in a guy named Nunzio, the most New Jersey choice possible. But eventually, they’ll need to get the ball rolling on the future of Scarlet Knights football. And quite frankly, there probably isn’t a better choice than the one from their past.