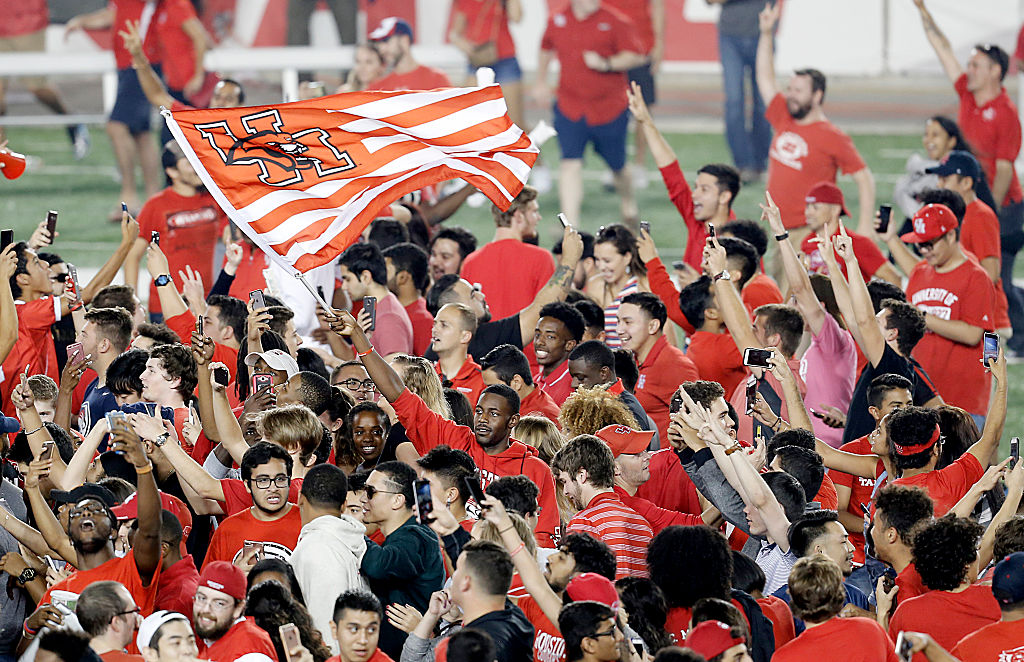 The University of Houston and the Big 12 have a rough relationship right now. Over the last couple months, Houston has beaten Oklahoma, been denied entry into the conference, and lost its head football coach to Texas.

After all that’s happened to the Cougars and the football program, it’s not too surprising a screw has gone loose with someone related to the program.

Tilman Fertitta is the Houston Board of Regents chairman. After Cougars’ head coach Tom Herman left this past week for Texas, Fertitta spoke critically of the Big 12 on multiple levels.

“It’s disappointing that the University of Texas — who wants to open a campus in Houston and said they would never do anything to harm the University of Houston, with all the football coaches in America, who said that they would stand up for us to get into the Big 12 and then didn’t even vote for us when they met with the commissioner and all the schools — had to come take our little football coach,” Fertitta told ‘The Michael Berry Show”.

Over his two years in Houston, Herman went 22-4 and led the team to a 2015 Peach Bowl victory over Florida State after going 13-1 in the regular season. Herman left Houston for Texas just hours after the Longhorns made the firing of Charlie Strong official.

“But that’s business and it’s a great opportunity for Tom and I wish him the best. I hope they all do well, but I just hope we do better,” Fertitta added.

Fertitta donated $20 million to the school for the naming rights to the soon-to-be-renovated basketball arena, which will be known as the Fertitta Center. In short, he’s a big support of Cougars athletics.

Later on in the interview, he slammed the Big 12’s expansion vetting process and called it “a sham.” Houston, of course, was one of the favorites to join the conference.

“You know when I knew we were in trouble?” Fertitta said. “There were three [university] presidents who were on the [Big 12 expansion] committee and when we went to the interview, they weren’t even part of the interview process. I walked out of that meeting and said ‘Wow, this is a sham. There’s no intention of doing anything.”

“It was one of the great shams in college football, and college athletics, and just college period. … It was a total sham and I sit here today and I laugh at the Big 12 and their leadership.”

As a major booster to the athletic department, Fertitta is privy to certain discussions whether it be about joining the Big 12 or looking for a new football coach. Fertitta was asked if former LSU football coach Les Miles was on the Cougars’ list to replace Herman, and he said yes Miles was on it.

“I think that tells you right there the quality of coaches that would like to come to the University of Houston,” Fertitta added.

Another big name who’s been mentioned, but has a more questionable history is Art Briles.

“I wish that we could get more clarity on what has happened out there [at Baylor].”

“We’re struggling with clarity,” Fertitta said. “Do I think that Briles got a bad rap to some degree? Obviously he did. But at the same time, you’re the boss, and there was an issue there. So there’s an issue. Does everybody deserve to be forgiven? Yes. There’s a lot of controversy surrounding him. I think he’s a great football coach, and we’ll just have to see where it goes from here.”