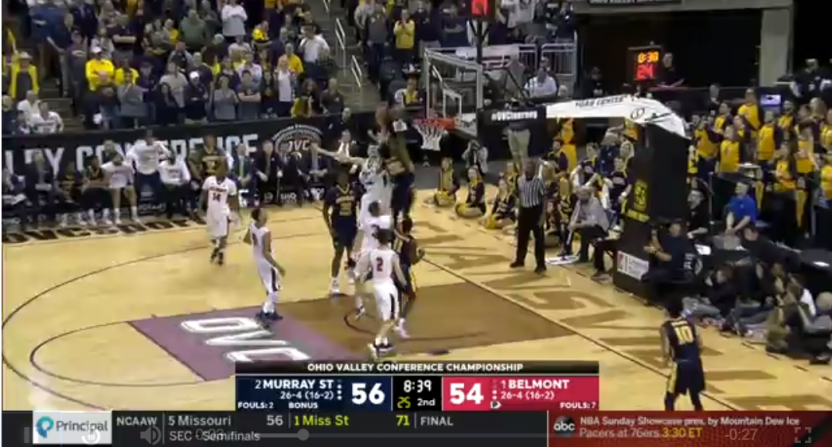 The Murray State Racers are headed to the NCAA Tournament for the second straight year, after securing an autobid with a victory over Belmont in Saturday’s Ohio Valley Conference Tournament Championship. Murray State is the first team officially in this year’s tournament.

As usual, superstar sophomore Ja Morant led the way for Murray State, and showed why he’s probably the best NBA prospect not named Zion Williamson. It wasn’t Morant’s cleanest performance (three assists and seven turnovers), but he scored 36 points (13-of-25 from the field, 9-of-9 from the line), pulled down seven rebounds, and threw down a ridiculous poster dunk.

There was also this incredible sequence from Morant:

Murray State (27-4) and Belmont (26-5) entered this game on the tournament bubble, and we’ll have to wait a week to see if Belmont can still get in.

But we now know for sure that Murray State is dancing, and that means we get to see at least one more game of Morant at the collegiate level. And because of Morant, Murray State will be a dangerous team in the NCAA Tournament.