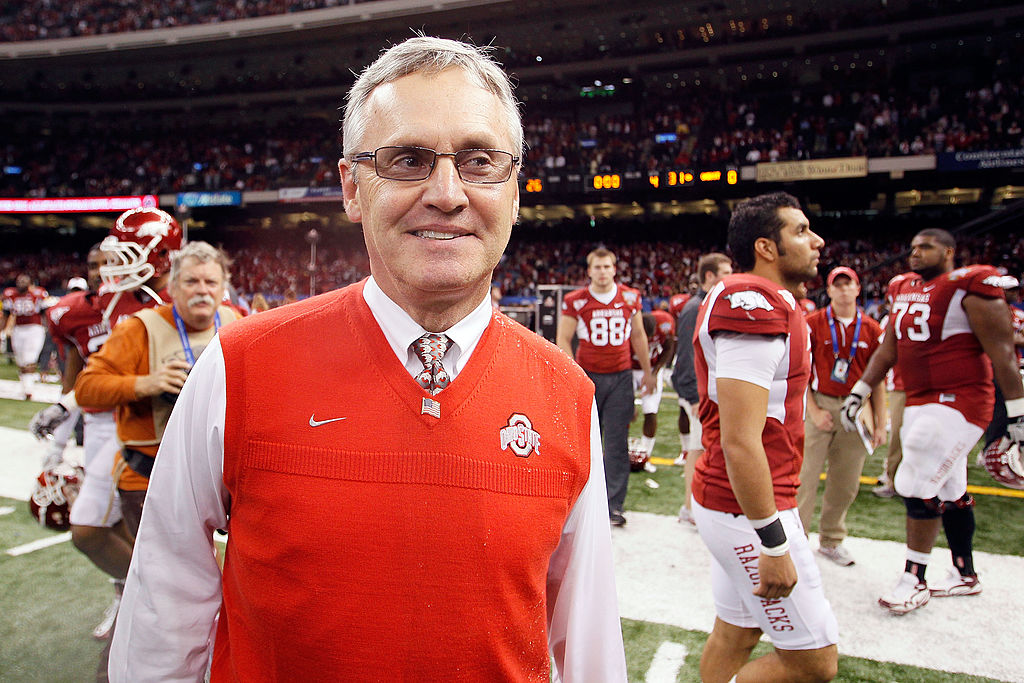 Jim Tressel’s five-year NCAA show-cause penalty ends today. In the five years that have passed, Tressel’s legacy has changed quite a bit.

Over the weekend the Youngstown State Penguins pulled off a remarkable victory with a stunning game-winning touchdown catch in the FCS Semifinal at Eastern Washington. This entire season has been a bit of a fun redemption story for former Nebraska head coach Bo Pelini, who should absolutely be one of the names to watch in the next round of the college football coaching carousel after being left out of the mix this year. With the Penguins on to the national championship game (to play James Madison), the spotlight will shine on Pelini. It will also shine on Tressel, who is currently serving as Youngstown State president. The former Ohio State head coach who is now free to accept any job offers from schools looking for a football coach.

Tressel was slapped with a five-year show-cause penalty by the NCAA when it was learned the Buckeyes head coach had actively participated in a coverup during an investigation into players exchanging memorabilia for free tattoos. Tressel was found to be deliberately lying about what he knew and when he knew it. TatGate ultimately led Ohio State to fire Tressel, or rather accept his resignation, amid scandal.

Still, that was a very minor fireable offense compared to others seen in college football. Just take a look at the number of scandals we have seen in the time since Tressel was forced into resignation as Ohio State’s head coach.

Jerry Sandusky. Baylor. Joe Mixon. Rick Pitino and Louisville. And that’s just to name a small handful. Some coaches have survived. Others have not. Compared to just those instances just mentioned, Tressel’s infractions are much lighter in comparison. Tressel’s image may have been stained five years ago following the fallout of Tatgate, but as time has gone by history may have been more forgiving to Tressel and his legacy at Ohio State. Perfect? No, but he is far from the supervillain as some seemed to suggest he was at the time. 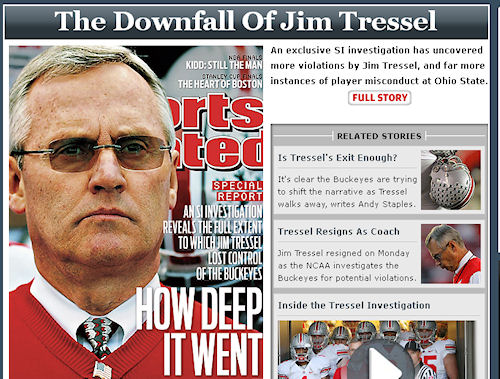 Had the TatGate “scandal” played out in 2016, who knows what could have happened to Tressel, Ohio State, and the NCAA. That series of events set off a chain reaction that led Ohio State to ultimately hire Urban Meyer, who has taken the program to even greater heights than Tressel did. Given everything that’s happened in college football over the last five years, it’s impossible to think the NCAA would come down as harshly on Tressel and the Buckeyes now as they did then.

Ohio State was handed a one-year postseason ban and a small reduction in scholarships and quarterback Terrelle Pryor rushed his way to the NFL, where he was actually disciplined by the NFL’s morality police for some reason. Tressel was handed a five-year show-cause, thus making him essentially unemployable to serve as a head coach anywhere for half a decade. Tressel dabbled in some NFL work to keep him busy before ultimately moving on to the University of Akron with a job in administration before landing a job as the president of Youngstown State University in 2014.

Today, that show-cause penalty has expired, and Tressel is free to coach any college football program that can lure him away from his role as university president. There is no indication Tressel has thought about getting back into coaching now that he has gotten comfortable as university president at Youngstown State, where he was a championship-winning football coach before heading to Ohio State.

The Associated Press reported earlier this month Tressel could remain the university president until at least 2018, and Cleveland.com mentioned the possibility of holding the position until 2021. The University expressed delight in the job Tressel is doing in Youngstown in a statement announcing his extension:

The Youngstown State University Board of Trustees today approved a contract extension for President Jim Tressel that will keep him at YSU through at least June 2018.

“In his two and a half years at the helm of YSU, Jim Tressel has led efforts to increase enrollment and retention, raise a record amount of gifts, balance our budget and re-energize the campus and the community,” said Carole Weimer, chair of the YSU Board of Trustees.

“We look forward to President Tressel’s continued leadership as we steadfastly pursue excellence across campus and the entire region.”

“Coaching is not in my future,” Tressel told The New York Times in November. That doesn’t mean his name won’t be attached to the college coaching rumor mill in the years to come. Given his success as a head coach at multiple stops, it stands to reason there will be some out there hoping he will get the itch to coach again and entertain an offer that may come his way.

Never say never, of course, but it would seem Tressel’s coaching days really are behind him. And with a successful resume not only as a championship winning coach but as a successful university president, it seems his legacy is once again safely intact.