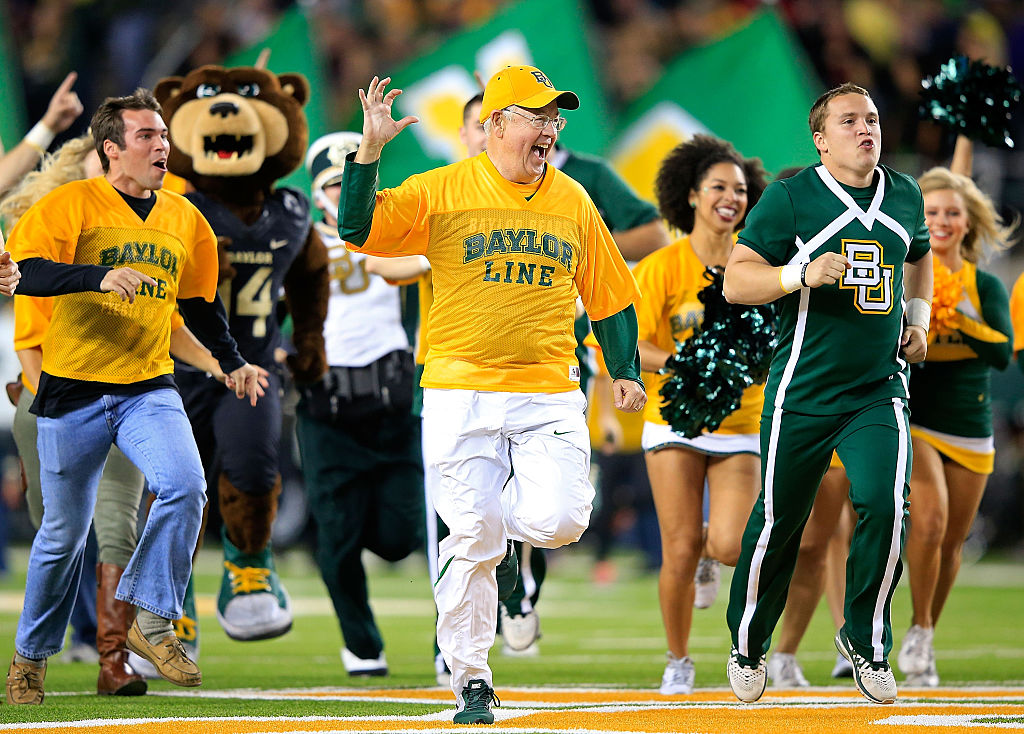 As we have expected, more details continue to emerge regarding what was happening at Baylor while Art Briles and Ken Starr were in major positions at the university.

Thanks to the Wall Street Journal, we now have yet another instance where Starr was acting inappropriately. It took place in 2011 and was regarding former Bear standout Tevin Elliot.

Here’s how the actions are described.

In 2011, Baylor University football star Tevin Elliott was suspended from school for academic misconduct, but was reinstated after university president Kenneth Starr intervened on his behalf.

“Keep riding that white horse,” Baylor football coach Art Briles wrote in an appreciative email to Starr, according to two people familiar with the matter.

This shouldn’t be that surprising based on what we’ve learned so far. However, it’s hard to learn about these things and not have your blood boil. For what it’s worth, Elliott allegedly sexually assaulted three women after his reinstatement (and a fourth was assaulted before his suspension) and he was sentenced to 20 years in prison in 2014.

To continue on this path of ridiculousness, Starr claims he wasn’t told why he was fired. Uh, Mr. Starr, I can give you a few reasons.

In an interview, Starr said he was never given a full explanation for his dismissal and that his intervention in the Elliott matter was the only incident he was aware of that was presented as part of the investigation’s findings. He said he threatened to resign on multiple occasions in previous years due to conflicts with the board and other administrators, but was persuaded to stay on.

Starr also said that he had doubts whether or not gang rapes actually happened at Baylor during his tenure.

He also said that he is in favor of full transparency regarding Baylor’s probe, and that he is skeptical of some of the allegations released thus far.

“I personally have doubts that there were gang rapes,” he said.

It’s pretty astounding that someone who held such a high position can be this stupid and oblivious. How he isn’t just sitting around constantly apologizing to those affected is ridiculous. Starr has presented himself as the perfect example of how not to conduct yourself as a university higher-up.