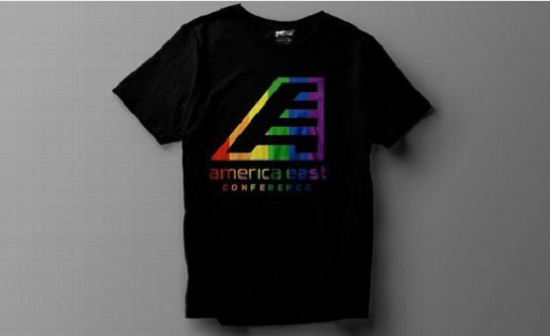 Ever since the controversial HB2 law was introduced in North Carolina in March of 2016, the sports world has responded with a universal “we don’t approve.” The NCAA and ACC moved championships out of North Carolina, Russell Wilson moved his wedding, the NBA moved its All-Star game, Mike Krzyewski condemned it, and Vermont Women’s Basketball announced it wouldn’t travel to UNC.

Rather than cancel its trip to #5 Duke, the Maine men’s basketball team is going to visit the Blue Devils on Saturday December 3rd and take a stand.

The game tips off at 5:30 pm EST in Durham and with the support of the America East Conference, Maine is planning on take a visible stand against the controversial House Bill 2 Law before the game is televised nationwide on ESPN2.

For a refresher, the law was signed earlier this year by Governor Pat McCrory and it requires transgender people to use bathrooms that correspond to the sex on their birth certificates. While the law doesn’t apply everywhere in the state, it does apply in government buildings, schools, and public universities.

In order to fight back against the law, the Black Bears will wear black and rainbow-themed warm-up shirts. The shirts coordinate with You Can Play, a social activism organization focused on ending homophobia and transphobia in sports. Ultimately, the main focus is for Maine to take advantage of arguably its biggest TV audience of the year to send a message while in North Carolina rather than canceling the trip from afar.

“It’s one thing to boycott or not show up because of the financial impact and the message that would send,” Chris Mosier, You Can Play’s vice president of program development and community relations, told USA Today. “But they wanted to be visible and the biggest thing is they want to take the next step. It’s not just wearing a pin or a patch or a shirt. They want to be better allies. And they would have done this whether it was Duke or any North Carolina institution because (HB2) doesn’t align with their values.”

“It was a very engaging conversation,” Mosier said. “We talked about the importance of language and casual homophobia/transphobia, and they asked for tips on how to create more inclusive spaces. I told them about how HB2 affects real people and how it has affected me competing in North Carolina as an athlete. Sure, it might not affect (transgender people) at Duke but if I go to the grocery store or a restaurant I could be faced with discrimination. …I think it really helps to have a name and a face to go along with a story.”

Despite Duke not being a private university and therefore not subject to the law, it’s still impressive for Maine to take this stand. Blue Devils’ Head Coach Mike Krzyzewski criticized the bill and said it was “embarrassing” in an interview with USA Today this summer.

The America East was the first NCAA league to speak out against LGBT inclusion. It originally partnered with You Can Play way back in 2012. When the partnership began, all nine schools in the conference began hosting a “You Can Play Night” during each of the fall, winter, and spring sports seasons.

“Had we not had the groundwork from 2012, I don’t think Maine would be taking such an assertive effort for the Duke game,” America East Commissioner Amy Huchthausen said. “We haven’t issued an official statement on HB2, but our actions have spoken pretty loud and clear of where we stand. When people turn on the TV on Saturday, the message can speak for itself.”

While pretty much all the details are out regarding how Maine is going to protest the law, it’ll be interesting to see in real time how ESPN reacts during its broadcast.