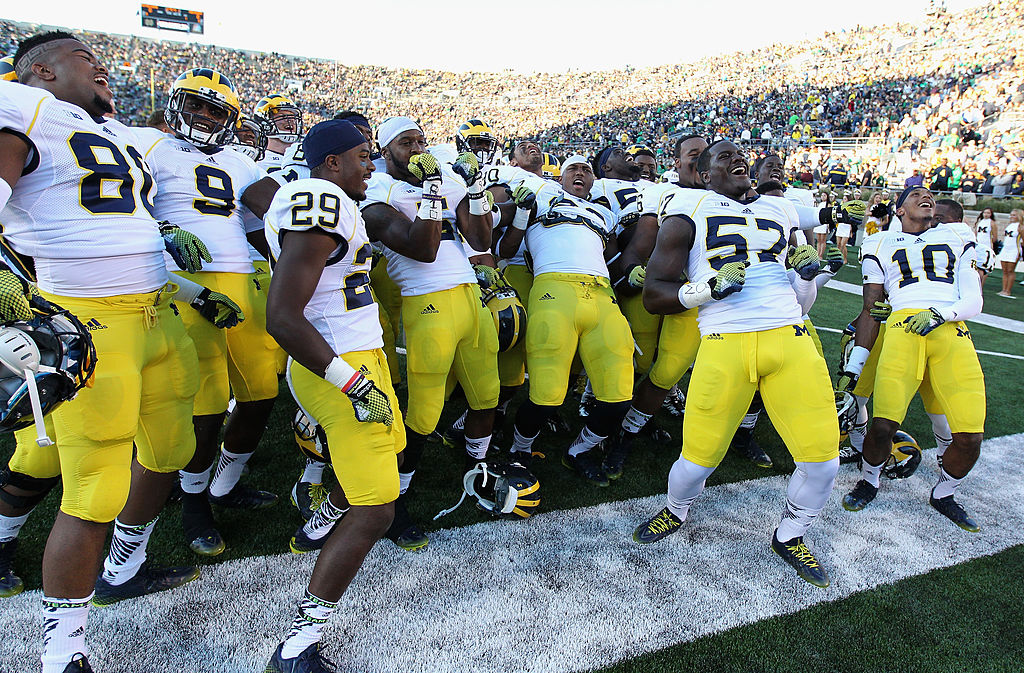 The renewal of the Michigan-Notre Dame rivalry on the football field would seem to be good news all around. Fans of both teams get to continue playing one of their most-despised rivals, and the rest of college football gets to witness a battle between two of the sport’s bluest bloods.

It was not too long ago these teams gave us one of the most unforgettable games in college football history.

Today would figure to be one of universal celebration in the college football world, and at a minimum at least elicit a shrug and a “good for them.” For the most part, that was the case. However, college football’s resident cloud yeller, Arkansas head coach Bret Bielema was not happy with this announcement, and for once he has good reason to be.

In order to schedule Notre Dame in 2018 and 2019, Michigan had to modify its previously set schedule. This meant giving Arkansas the boot, and paying them a $2 million buyout for their trouble.

Bielema found out the news while vacationing in London (!?), and expressed his disappointment to the Chicago Tribune.

“I’m definitely disappointed,” Bielema told the Tribune. “It was going to be an opportunity to play one of my favorite teams from the Big Ten.”

An official announcement about the series is forthcoming, but Bielema doesn’t need it. Vacationing near the River Thames, he knows two chances for mega-profile victories have been flushed away.

“Wish it could have happened,” he said.

It is certainly not a surprise Bielema was disappointed with this announcement, and unlike some of his other football opinions, this is actually a reasonable response.

Honestly, it feels like the Tribune buried the lede here. What the hell is Bielema doing in London? That’s far cry from his typical vacation habits. But it does seem fitting he was nearby when the nation collectively lost its mind with the Brexit.