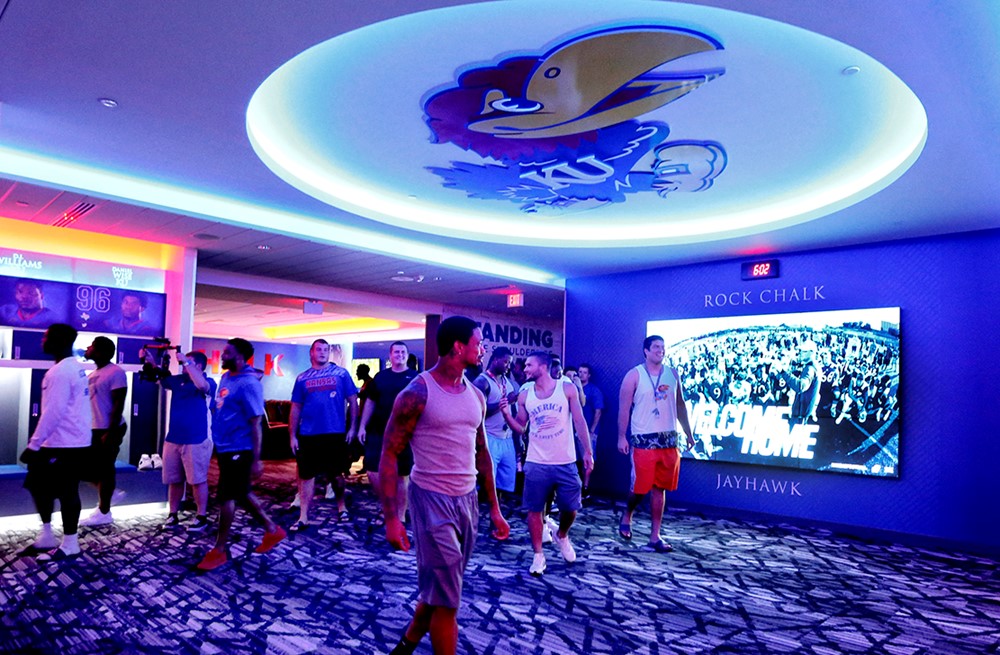 The connected player’s lounge has a pool table, shuffleboard, gaming consoles, arcade games and a barber shop among other entertainment options. The Jayhawks re-designed locker room now includes player pictures and Twitter handles in personalized lockers, an illuminated LED Jayhawk logo on the ceiling and sound system upgrades throughout.

“I could not believe how big and flashy it was when we walked in,” senior safety Fish Smithson said. “I knew it was going to be nice, but it definitely exceeded my expectations. Our lockers have all of the fancy extras you would want in there.”

Still, it’s hard to argue the millions spent on upgrades will provide any benefits to Jayhawks players aside from entertaining them on off days. The upgrades, in this case, are largely unnecessary and were made to boost the aesthetics of the facility and attract future players.

Given that Kansas is 12-60 over the last six years and coming off a winless season last year, anything is worth a try to make the program feel better about itself.