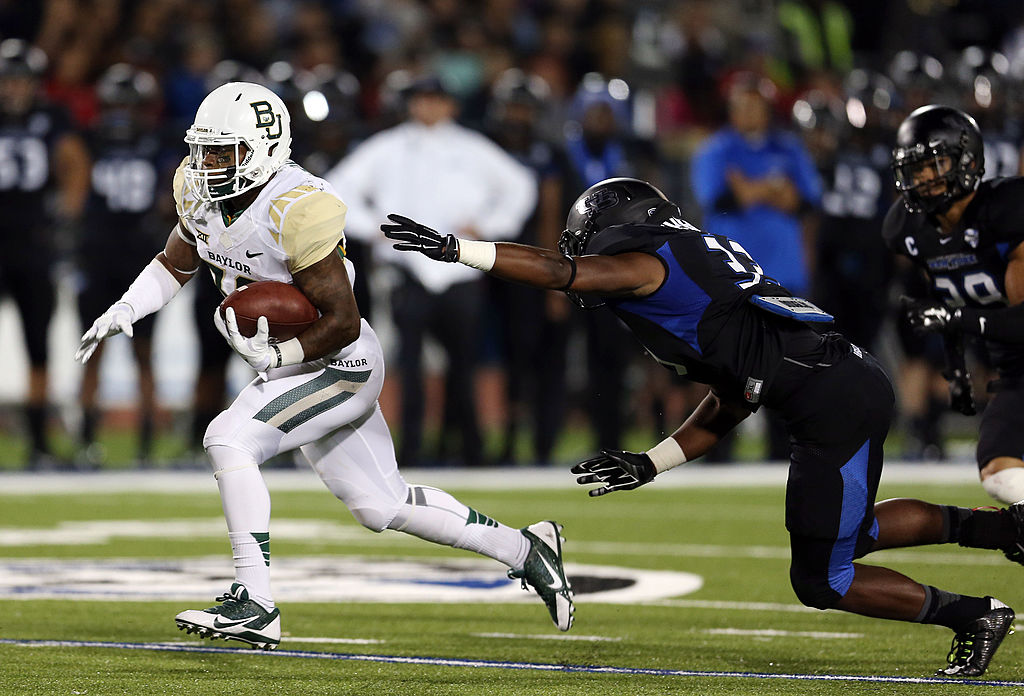 We are beginning to see the effects that the College Football Playoff is having on the college football world, and the Big 12 altered its scheduling rules Tuesday to better position their teams for the future.

The conference announced that it will require its members to annually play at least one non-conference game against a Power 5 school (ACC, Big Ten, Pac-12, and SEC), or Notre Dame.

It was initially believed that other independents, BYU and Army would count in this ruling, but that has been refuted:

The new rule is likely necessitated to some degree by Baylor’s flimsy schedule who two years in a row have found themselves in the thick of the playoff race during the season but included no out of conference wins of much substance. In 2014 Baylor played SMU, Northwestern State, and Buffalo while having Buffalo, Lamar, and Rice on the schedule this season.

The move is to help the conference, which is the only of the Power 5 conferences that does not have a championship game. Based off of last season, and what we saw in the conclusion of this season, having a conference championship game plays a huge role in the process of selecting the top four teams as evidenced by Ohio State earning the last spot in the playoff last year over TCU and Baylor.

The fact that the Buckeyes won their conference championship, and by a convincing amount, gave the Buckeyes the ability to leap the Horned Frogs, and go on to win the first ever College Football Playoff.

These measures are sure to help the strength of schedule for league participants, but will still face somewhat of a disadvantage by not having a conference championship game.

Big 12 commissioner Bob Bowlsby has touched on that subject, saying, “We don’t think we ought to be forced into adding schools in order to have a championship game, but it could end up that way.”

Oklahoma was able to get into the College Football Playoff this season despite a bad loss in the Red River Rivalry to Texas, who has been on the downfall in recent years. The Sooners had big, impressive wins late in the year, and proved themselves to be one of the best teams in the nation.

Had Stanford not lost an early game to Northwestern, the Sooners might not have been so lucky, as the Cardinal finished at No. 5 in the final College Football Playoff rankings. A one-loss Pac-12 conference champion would have almost certainly been included over the Sooners.

On top of this, the conference also instituted a rule where members are not allowed to play more than one non-FBS school.

It appears as though this measure will be a test for next season, to measure how well it would work for the conference, before they would ultimately have to consider adding teams.

For now the scheduling rules do help the conferences chances of being in contention for the playoff championship going forward but it seems like a band-aid for the inevitable need to add two more teams and a conference championship game.