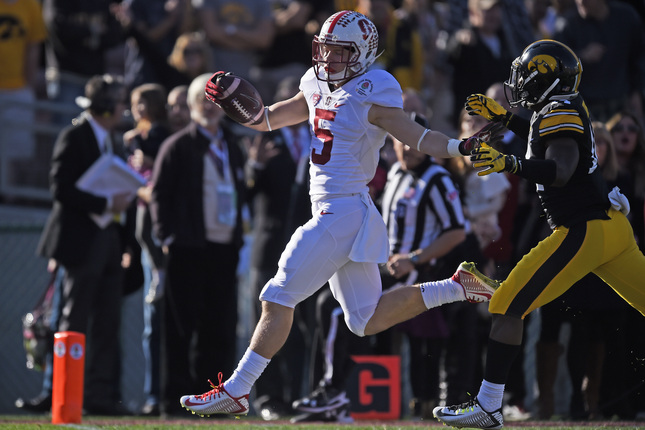 The Tournament of Roses Parade is supposed to be the gentle aesthetic lead-in to a New Year’s Day filled with the crackling intensity of compelling main-event football.

Yet, on New Year’s Day and New Year’s Eve alike, the football was boring enough that the Tournament of Roses parade might have been the most interesting thing on television over the past 60 hours.

In retrospect, the first of the New Year’s Six bowl games was the closest and the most interesting. Houston-Florida State in the Peach Bowl remained intriguing and at least somewhat uncertain until Houston took a two-score lead in the final minutes. Every other New Year’s Six outcome was decided or (if not that) in little doubt before the final 10 minutes, including each of the two College Football Playoff semifinals in the Orange Bowl and the Cotton Bowl.

Clemson-Oklahoma in Miami was entertaining and competitive for two and a half quarters, until the Tigers gained a 30-17 lead and the Sooners unraveled with an unceasing string of mistakes.

That game — salted away by Clemson on a touchdown with 10:48 left for a 37-17 advantage — was the second most interesting New Year’s Six game, strictly in terms of the drama of wondering which team was going to win.

The Ohio State-Notre Dame Fiesta Bowl was actually closer than Clemson-OU with seven minutes left in the fourth quarter (10 points closer, in fact; Ohio State led by 10 at that point, while Clemson led by 20 at that stage). Yet, in light of Ohio State’s ability to roll to a 21-point lead and then score as soon as Notre Dame briefly trimmed that lead to seven points in the third quarter, it’s fair to say that Ohio State always appeared to be in control of the proceedings.

There was no point at which the Buckeyes lost the fundamental upper hand on New Year’s Day. Notre Dame fell behind 7-0 after Ohio State’s first possession; punted; and watched Ohio State go up 14-0 on the next possession.

The Irish never again began a possession down by only one score.

Every remaining possession on Friday began when the Irish trailed by at least two scores if not three. OU-Clemson might have been sealed earlier, but it was a more volatile game for the better part of the first three quarters.

Again, that was the second-best New Year’s Six game.

The remaining three were total duds, including the semifinal between Alabama and Michigan State.

The Crimson Tide’s Cotton Bowl bombing of Sparta made New Year’s Eve easier to enjoy for non-football reasons. On New Year’s Day, though, the spectacle of the Rose Bowl and the presence of Brent Musburger on ESPN were not accompanied by a game worth watching in the second half. Stanford took the life out of the Rose Bowl stadium — and the Iowa Hawkeyes — with a 35-point first half which decided the outcome before the halftime show. The Sugar Bowl nightcap between Oklahoma State and Ole Miss quickly devolved into a first-half bloodbath as well. When Ole Miss scored on a brilliant trick play at the end of the second quarter, the Rebels owned a 34-6 lead. Done and dusted.

In the Cotton Bowl on New Year’s Eve, everyone and their grandmothers felt Michigan State was toast as soon as Connor Cook threw a crushing interception late in the first half. Yet, as decisive as that moment felt — and turned out to be — at least the Spartans trailed by a modest 10-0 margin at the intermission. Compared to the Rose and Sugar Bowls, the Cotton was a riveting affair.

What to make of all this? What lessons are there to be learned, if any?

The inclination is to want a broad and sweeping answer which encompasses all teams and games, but college football’s most defining big-picture characteristic is that it is too messy and irregular to pin down.

Every season offers a unique combination of scenarios and plot twists. One season’s results lead commentators to recommend X series of reforms and systemic tweaks. The next season’s results bring forth a different chorus. The solutions which would have resolved one Bowl Championship Series controversy (say, 2003) would not have resolved the problem the next year (2004). College football has a way of eluding a one-size-fits-all remedy. The ultimate small-sample-size regular season in sports is the source of this chaotic and chameleon-like quality.

Just when you think a few games point to a clear problem and a corresponding reason for reform, other games don’t fit into that same box. It’s maddening, but games have to be viewed on a case-by-case basis.

If there is one big lesson to take from the New Year’s Six (the second incarnation of a system which began last season), it’s that teams which did not test themselves out of conference can easily be vulnerable in main-stage bowl games against quality opposition.

The two foremost examples of this point are Oklahoma State and Iowa.

The Ole Miss team which thrashed Oklahoma State played a midseason road game at Memphis. (It didn’t do well, but it still challenged itself, and the Rebels’ November performance shows that they benefited from that challenge, even in defeat.) The Stanford team which dismantled Iowa played Northwestern and Notre Dame out of conference. Teams which tested themselves in the regular season were able to arrive at the New Year’s Six and hammer the teams which never played similarly challenging opposition in non-conference play. This is a good lesson to take away from the NY6… but it can’t be universally applied.

Michigan State played Oregon, a bowl-winning Western Michigan team, and a decent Air Force team out of conference. The Spartans did not eat cupcakes this season. Yet, Alabama gobbled them up in the semifinals. Oklahoma went to Tennessee and hosted Tulsa, a bowl team. The Sooners didn’t escape challenges outside the Big 12, and yet Clemson had its way with OU in the Orange Bowl.

Beyond the semifinals, Florida State won at Florida and handled a solid South Florida team in non-conference action. No matter — Houston outplayed the Seminoles in the Peach Bowl.

Notre Dame took on all comers this season. The Irish confronted many kinds of challenges with their schedule. Ohio State looked at that reality and laughed, easily outpacing Notre Dame in Glendale.

A simple, straight line just can’t be drawn through the entirety of the New Year’s Six. The results in some games didn’t flow through all the others, especially the two big playoff contests.

In the semifinals, an underdog (Clemson) and a heavy Vegas favorite (Alabama) won big. Clemson won because its star thrower was able to run well. Alabama won because its not-so-heralded quarterback threw the ball far better than expected. The Tigers and the Crimson Tide both overpowered opponents, but they did so from completely opposite directions. The teams playing for the national title represent — and exhibit — substantially different ways of succeeding. Common threads are few and far between.

Even the composition of the New Year’s Six itself can’t be blamed (in full) for these blowouts. Yes, some people felt Ohio State should have played Stanford in the Rose Bowl, but Iowa was one goal-line stop (against Michigan State) from being a playoff team. It’s hard to say that the Hawkeyes didn’t deserve their trip to Pasadena. Houston-Florida State in the Peach Bowl was supposed to be the Seminoles’ game to lose, but nothing about Thursday’s clash reinforced that line of conventional thought. One team didn’t show up in the first half… and it wasn’t the Group of Five team.

Ohio State-Notre Dame and Oklahoma State-Ole Miss were both clunkers, but one was a sexy matchup while the other failed to capture much of any pregame buzz. Both games fell flat, but one of them possessed brand-name power. It’s not as though you could put both contests into the same category in terms of pre-kickoff stature and natural viewing interest. If those two games both existed on the same plane as television drawing cards, it would be easier to render a verdict on them. Alas, that’s not the case.

Broadly applicable and durable trends? They are very hard to find with the New Year’s Six. If you want that proverbial “one magic lesson,” you’re not going to unearth it… not at the end of this particular bowl season.