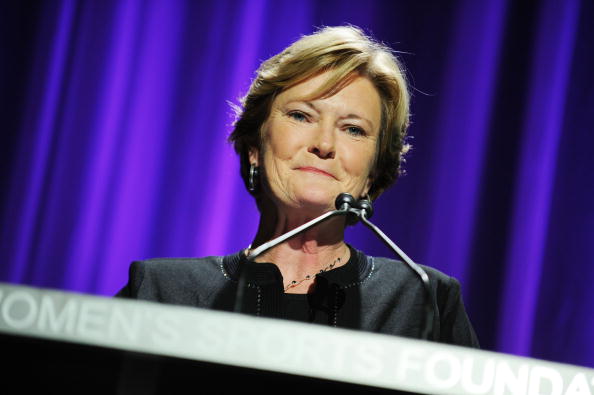 The word “legendary” is probably used far too often and easily in sports and culture these days. But what other word suitably describes Pat Summitt and the place she holds in sports history?

Icon? Titan? Yes and yes. Summitt was the representation of women’s college basketball throughout the 1970s, 80s, 90s and into the 2000s. Even if you didn’t follow the sport, you were surely aware of Summitt’s prominence because she had no peer for so long. Her accomplishments over 38 seasons at the University of Tennessee were so impressive that she simply couldn’t be marginalized or ignored. She won 1,098 games (losing only 208, for an astounding .841 winning percentage), eight national championships and

Pat Summitt was an instantly recognizable name and face on the sports landscape. She mattered that much.

Some people who have dealt with loss say the moment is easier to deal with if you know it’s coming. You have time to process your feelings, to cope with the shock, to assess how your life might be affected and how to deal with the sudden void that’s been left behind. That’s not true for everyone, of course. We all deal with loss differently. We mourn in our own ways. Hopefully, that eventually gets us to a place of acceptance.

Every Pat Summitt-coached player who completed her eligibility at Tennessee graduated.

Every player. In 38 years. pic.twitter.com/SXVxUWgDGC

Yet I’m not certain Summitt’s passing is at all easier to process, even when dire news of her family expecting the worst was released over the weekend. It came far too soon, far too young. This just isn’t how her story should have ended, which makes it so difficult to accept.

No, we don’t often get to decide that ending, one of the most bitter aspects of our individual existences. Summitt didn’t leave her position feeling she had done all she could and was looking forward to what was next in her life. She had to leave because her struggles with Alzheimer’s-type early-onset dementia left her unable to do her job as well as she once did. It’s absolutely heartbreaking.

But Summitt, those who loved her, the people who admired her, the university she loved and the sport she revolutionized, all seem to have been deprived of a proper goodbye.

Summitt was everything we want in our college coaches. She was a fiery competitor who strove for greatness. She was a tough teacher and compassionate mentor to her players. She was an ideal representative for her university, someone to look to as an inspiration and example. She was a winner, exemplifying the pinnacle of achievement in her chosen field.

Every Lady Vol basketball player from 1976-2011 had the opportunity to play in at least one Final Four. #PatSummitt

One of the wonderful aspects of college athletics is how a coach can become an integral part of an institution and its surrounding community during and after their careers on the sideline. Success yields familiarity, comfort and a deep association. For many people reading this, Summitt coached at Tennessee through most of your lifetime.

All seemed right with the world knowing that another Lady Vols season would take place with Summitt on the bench, teaching and cheering on her players, forging young people into adults, providing the tools needed to succeed beyond basketball. And everything would surely be all right even after Summitt retired, whether she decided to become a civilian or a statesman.

She already had a statue on campus, across the street from Thompson-Boling Arena. Not one, but two basketball courts have been dedicated in her honor: The home court at Tennessee was named “The Summitt,” while the court at Tennessee-Martin, her alma mater, is “Pat Head Summitt Court.” The coach also has streets named after her on both those Knoxville and Martin campuses.

While all of those dedications provide reminders of Summitt’s accomplishments, her standing in school and college basketball history, the person herself should have been allowed to enjoy and reflect upon her success, and the joy she brought to so many lives, well into her later years. So many other coaches enjoyed that lifetime victory tour, being a fundamental part of the community they helped build, at the twilight of their careers and lives.

It only seems right that Summitt should have been a frequent campus presence, if she so chose, for years and years to come. She should have appeared at dedications, reunions, ceremonies, football games, bowl games, and tournament runs, visiting the booth for a TV broadcast, or even just enjoying a women’s or men’s basketball game on a random winter night in Knoxville. That she — and we — are deprived of that seems so very wrong.

But what we gain with a loss like this is a remembrance, the stories that are shared from family, friends, players, colleagues, and acquaintances about her kindness, compassion and conduct. We get to appreciate the legacy Summitt left behind as a bittersweet spotlight is shined upon her achievements. Perhaps there can be no more proper goodbye than that, than people coming together to reminisce over the impact she made during her 64 years with us.