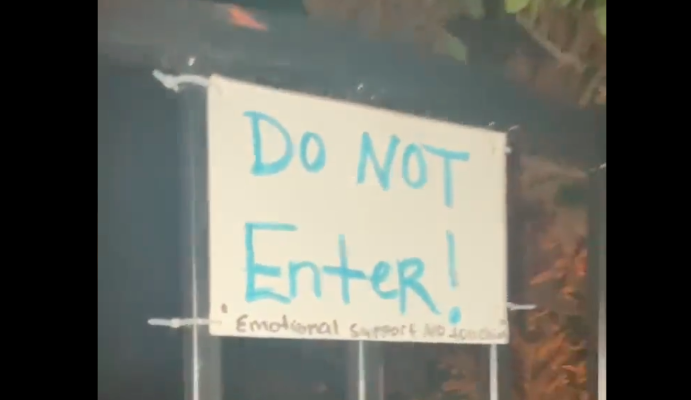 Monday evening, Tom Campbell decided to unleash a tweet on the college football world that caused everyone to drop what they were doing and immediately become experts in primate ownership.

The monkey's jaws apparently had to be pried off the small child.

I’m hearing a report from a credible source that Texas Longhorns Special Teams Coach Jeff Banks’ monkey allegedly attacked and seriously hurt a young Trick-or-Treater last night on Halloween,” said Campbell. “The monkey’s jaws apparently had to be pried off the small child.”

You have our attention.

Along with establishing whether or not this was real, it was first established that, yes, Banks has a girlfriend, a stripper (who goes professionally by the name Pole Assassin) who has a pet monkey that is also part of her act.

The Longhorns just hired Jeff Banks who left his wife and kids to be with a stripper named Pole Assassin who has been on Jerry Springer and has a pet monkey who is a part of her stripping act!🤣😂

Which ‘Core Value’ is this again!?🤣😂🤣 pic.twitter.com/h4tujmTfQn

It was then confirmed that the girlfriend had indeed invited kids to come over and visit a haunted house/maze on the property between 7:00 and 9:30 p.m., with adults being allowed to stick around until 11:00 p.m.

It was around this time that Danielle made the mistake of tweeting through it. She began by launching right into her defense, which was not to deny that the monkey attack happened but to explain why the monkey attack may have been justified!

People lie so much it's ridiculous ! Stop believing everything u hear ! And more of what u see ! SMH !

A 11 /12 year old child should know better then to enter someone yard without permission and old enough to also follow the rules . The rules were when u get to the gate turn around and come back out for candy every other parent and child did so !

And that’s when she even went to the length to post a narrated video (since deleted) explaining why her monkey was within its rights to attack the offending child.

She even went as far as to respond to people on Twitter to set the record straight. 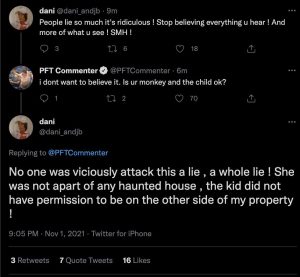 And, now that she and her monkey were Twitter’s main characters, everyone got involved as well.

Protip: if your pet monkey bites a child, do not tweet about it. This advice applies on Halloween as well as other dates.

The law should treat everyone as equals, so this advice should not apply with more force to people named Pole Assassin, but realistically it does.

We’re guessing that by the time you read this, the #MonkeyGate story has developed even further. We’re all just happy to be on this journey with you and good luck to Jeff Banks on his future endeavors.

And just to make sure we’re all clear, here’s where we ended up as of the time of this posting:

Just to recap, the Special Teams coach at Texas, who played for Mike Price at Alabama, left his wife for a former stripper, who went by the name of Pole Assassin. That former stripper’s pet monkey, who performed with her when she was the Pole Assassin, bit a kid on Halloween.