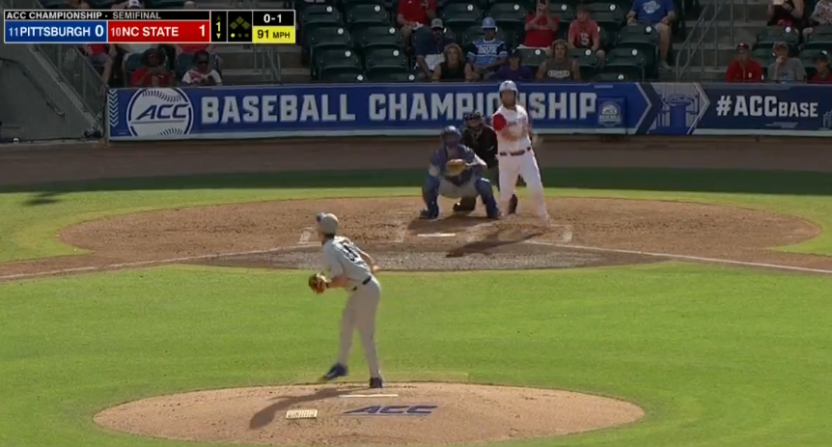 Less than a month after setting the NCAA freshman home run record, Tommy “Tanks” White is taking his slugging talents to a new school.

The former NC State first baseman is transferring to the LSU Tigers, as first reported by Kendall Rogers of D1 Baseball on Friday.

In 2022 with the Wolfpack, White put together a robust .362/.425/.757 slash line and crushed 27 dingers. Texas’ Ivan Melendez leads the nation in home runs with 32, breaking Kris Bryant’s Division I home run record in the BBCOR bats era (since 20211). But Melendez also played 12 more games than White.

White will have two years of eligibility remaining before he can enter the MLB Draft.

Additionally, as also reported by Rogers, LSU added another high-profile transfer in pitcher Christian Little. The right-hander had a 3.72 ERA in 38 2/3 innings pitched for Vanderbilt as a sophomore in 2022. Rogers notes that Little “has first-round potential.”

TRANSFER SCOOP: @LSUbaseball is not done for the day with the addition of Tommy White. #LSU also has added former @VandyBoys RHP Christian Little, who has first-round potential and provides a premium arm for the weekend rotation.https://t.co/dKYcufGArB pic.twitter.com/vjAxkujHtQ

So, Friday was a massive day for the LSU baseball program. The Tigers — winners of six national championships — went 40-22 in their first year under head coach Jay Johnson, with their season ending in the NCAA Regionals. LSU also has outfielder Dylan Crews (1.153 OPS in 2022), who’s expected to be in the mix for the No. 1 pick in the 2023 MLB Draft.

Here’s a look at how college baseball fans are reacting to the LSU transfer additions:

Can confirm that Christian Little and Tommy White are headed to LSU next year.

As transfer portal pulls go, hard to imagine a louder 1-2 punch this summer than that one.

So today in LSU sports:

– Kim Mulkey gets a commitment from Mikaylah Williams, the No. 1 recruit in the country.

LSU getting Tommy White and Christian Little in the transfer portal is the football equivalent of USC getting Caleb Williams and Jordan Addison.

What a day for the Tigers. #GeauxTigers

In one day, Jay Johnson and #LSU baseball land two massive additions in NC State's Tommy White and Vanderbilt pitcher Christian Little out of the portal.

I will also be transferring to LSU for the 2023 season

Crews Missiles and Tommy Tanks flying in 2023, the outfield bleachers at the box are going to be unsafe. pic.twitter.com/ZMHX7KSXhF