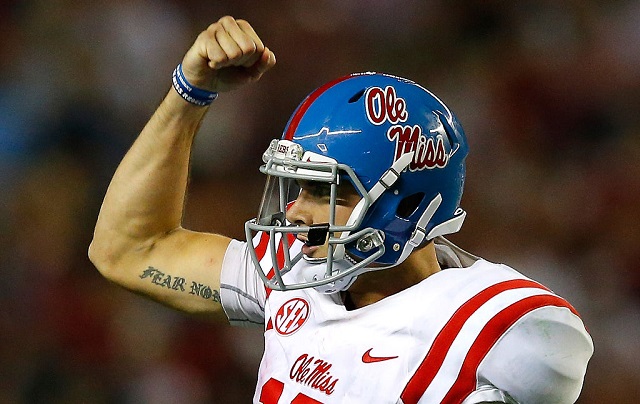 1 Burning Question: Can Ole Miss take the next step under Hugh Freeze and win the SEC West?

That’s been the key word every year for Hugh Freeze since he’s been at Ole Miss.

Every year since he’s taken the job, Freeze and Ole Miss have improved. The big question now is if they’ve reached their ceiling.

Coming to Ole Miss, Freeze was known as an offensive coach. During the first three years of his tenure, the offense wasn’t bad, but it wasn’t explosive. The key for making the big step in 2014 was the defense, as they held opponents to just 16 points per game. Last year, the offense finally took off, averaging an SEC-best 40.8 points and 517 yards per game.

Star quarterback Chad Kelly returns to run the ship, but he will have to do this season without Laquon Treadwell. Ole Miss won’t have a game-changer like Treadwell, but Kelly should be able to continue his assault on SEC defenses. The numbers might not be quite as gaudy, but they will still be among the best in the league.

On defense, the Rebels lose a lot of productivity. They lose four of their top six tacklers, plus first-round draft pick Robert Nkemdiche. The defense was not nearly as good in 2015 as it was in 2014. It didn’t have to be. This year, if the Rebels want to take the next step, the defense will need to get closer to their 2014 accomplishments.

The NCAA is also currently swirling around the program. Will the NCAA drag its feet during their investigation? Will they punish Ole Miss and/or Freeze? Will it affect this season? There are a lot of questions to be answered on this front and right now, we just have to wait and see.

Ole Miss broke through its ceiling in 2015 by finishing second in the SEC and winning the Sugar Bowl. Whether they can follow up on that with continued improvement remains to be seen.

517.8 — This is the number of yards Ole Miss gained in total offense in 2015. When Hugh Freeze took over at Ole Miss, we heard how his “basketball on grass” offense would dominate the SEC. For the first three years, it didn’t come to fruition. Last year was the first year Ole Miss really flexed its offensive muscle, finishing first in the conference in total offense and scoring offense.

2013 — This was the year of  the famed recruiting class for Ole Miss. That class included the three-headed monster of Robert Nkemdiche, Laremy Tunsil and Laquon Treadwell. All three of those top talents made huge contributions to Ole Miss and were drafted in the first round of the 2016 NFL Draft. Ole Miss must now move on without them.

Sept. 5 vs. Florida State (in Orlando)

Why it matters: It’s Florida State and it’s on a Monday night. This game doesn’t matter in the SEC standings, but it matters in the court of public opinion. If Ole Miss can win this game, it can take out one of the early national title favorites and can really put their program in the spotlight.

Why it matters: Alabama is the premier team in the SEC. Ole Miss has beaten Alabama two straight times. If the Rebels can make it a third time, then they can truly start to get into Alabama’s head and make it mental. The road to the SEC West title goes through Alabama. This is a game Ole Miss must win if they want to take that next step.

Why it matters: LSU will likely have a better team than Georgia this year (although it could be very close). LSU is also in the SEC West, whereas Georgia is in the SEC East. So, why pick Georgia as more of a key game over LSU? It’s because of where it stands on the schedule. Georgia is game number four, coming after Florida State and the week directly following the showdown with Alabama. Expect Ole Miss to throw everything they can at Alabama. When Georgia comes to Oxford, they may find a beat-up Ole Miss team. Ole Miss has to win this game because the LSU game is a likely loss due to the location. Recent history also hasn’t been very good to Ole Miss in this series. Freeze is only 0-1 against the Dawgs, but Georgia has won the last ten meetings of the two schools.

Chad Kelly, QB – Chad Kelly didn’t have the best reputation when he came to Ole Miss. Many wondered if he would even see the field. But he did see the field and it was spectacular. The performance he turned in during 2015 was the best of any QB during the Freeze era at Ole Miss. The Rebels need more of the same this year from Kelly.

Quincy Adeboyejo or Damore’ea Stringfellow, WR – Laquon Treadwell finished his three-year career with 202 receptions with 21 touchdowns. He left some big shoes to fill. Both Adeboyejo and Stringfellow caught over 30 balls last year and at least 5 TDs. They have talent. Can they break out this year? If they can, it will be huge for Kelly and Freeze.

Evan Engram, TE – The SEC has a lot of quality tight ends, but Engram may be the best of the bunch. He caught 38 passes last season, but expect Kelly to get him even more involved this season and turn him into a weapon.

Tony Conner, S/LB – Conner is the lone remaining five-star prospect from the famed class of 2013. Tunsil, Nkemdiche, and Treadwell have moved on, but Conner remains. A nasty injury cut his 2015 season short, but expect him to be the leader of the defense in 2016. 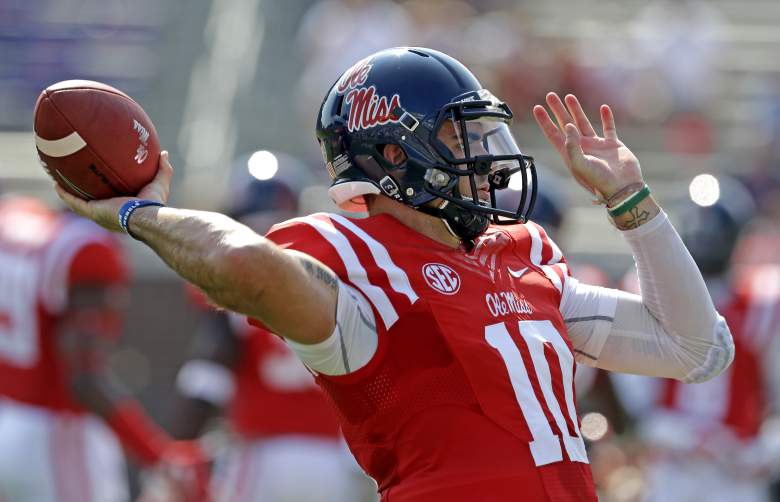 5. Chad Kelly will be the best QB in the SEC

This isn’t going out on too far of a limb because some will argue he was the best quarterback in the SEC last season. In 2015, he threw for the most touchdowns and most yards. Expect the same this season, as Kelly will continue to grow in Freeze’s system.

4. Tony Conner will be a first-round draft pick

His knee injury will be a big question for NFL teams. The 2016 season will go a long way in helping those teams understand what they would have in Conner. He’s a hybrid player that can be plugged in and contribute immediately in the right system. He will go in the first round in the 2017 draft.

3. Ole Miss will lead the SEC in scoring and total offense

For the second straight season, Ole Miss will have the most explosive offense in the league. With Kelly at the helm, he will find new weapons to unleash on opposing defenses.

You might be looking at our ranking of Ole Miss and scratching your head just a bit. Ole Miss has shown improvement every year under Freeze. Why will they take a step back this season? It’s the schedule. They will lose to Florida State and Alabama. Their season could hinge on the Georgia game. A 1-3 start would be a nightmare for the Rebels.

1. Ole Miss will finish the season third in the SEC West

This finish will be disappointing to Rebels fans. The Rebels will start the season slow, and then they will finish with a ton of momentum as the schedule eases up in the back half. Alabama is loaded this season (again) and LSU has Leonard Fournette. Ole Miss is the bridesmaid once again this year, as they will play second (or third) fiddle in the SEC West to Alabama and/or LSU.