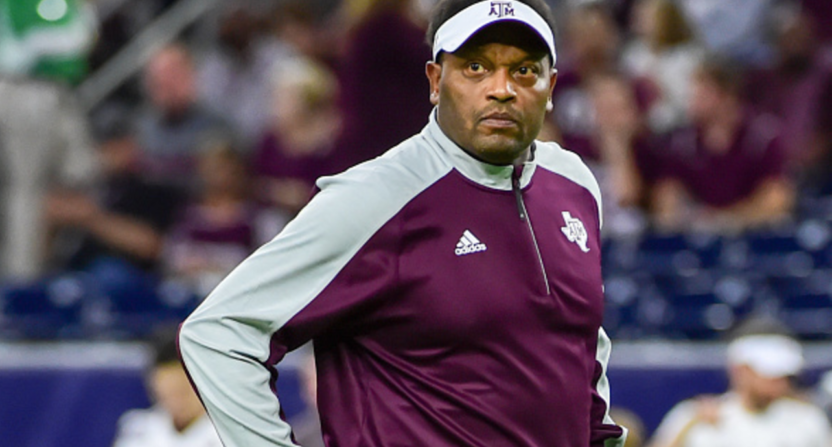 The Comeback’s Top 50 countdown continues with the Texas A&M Aggies. We’ll move up the list each day as part of our 2017 college football preview, leading up to the opening of the regular season.

Get ready for a familiar tune this fall, because Texas A&M has a schedule and a roster that gives them a chance to start climbing the early rankings rather quickly. But will these Aggies manage to keep the momentum going strong for a full season, or will a promising-looking season be deflated in the middle of the year and never get back on track?

That has been the story for Texas A&M in recent years, but maybe this is the year Texas A&M starts well and finishes well. If so, then Kevin Sumlin should establish some firm ground on the sideline in College Station.

Stop me if you have heard this one before, but Texas A&M got off to a really good start in the 2016 season, only to falter in the second half. The reason that should sound familiar is that it has been the ongoing trend for Kevin Sumlin and the Aggies for three years running.

The Aggies opened the season with a thrilling victory over UCLA and continued to improve to 6-0 with double-digit victories over Auburn, Arkansas and South Carolina, along with another overtime victory over Tennessee. The road block? A road trip to Alabama. From there, the season crumbled away with more questions raised about the play of Texas A&M’s quarterbacks and whether or not Kevin Sumlin was capable of bucking this disturbing trend.

The season ended without a SEC victory since October 8 and the only reason the Aggies stayed above .500 may have been because they got to play New Mexico State and UTSA in the second half of the season before getting edged by Kansas State in the Texas Bowl.

Despite roller coaster seasons ending on a downward trend, the Aggies continue to recruit just fine. The problem seems to be keeping some of those talented players in College Station. Texas A&M’s Class of 2017 lacks five-star players but has a good handful of four-star players, including inside linebacker Anthony Hines out of Plano and wide receiver Jhamon Ausbon from IMG Academy. The latest quarterback recruit Sumlin will work with will be four-star IMG Academy product Kellen Mond. 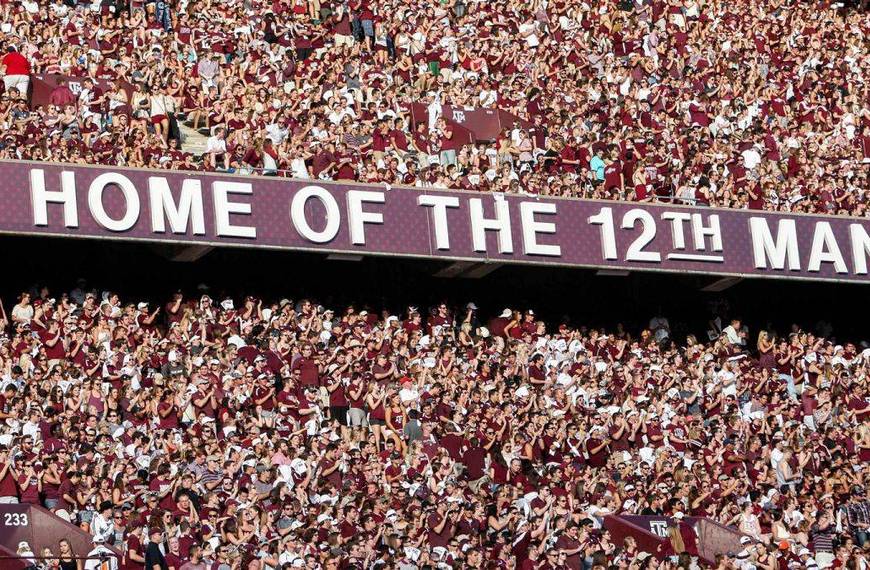 111 – Texas A&M trailed just one SEC team in tackles for a loss in 2016 (Alabama). What this shows is the defense knows how to bring pressure into the backfield and burst through the line. Of course, having a player like Myles Garrett helps, but he is no longer there. The Aggies replace both starting defensive ends this season but should be stable in the middle.

39.18 – The Aggies left plenty to be desired when in third down situations. Texas A&M converted just 39.18 percent of their third down opportunities for a first down, making them one of five SEC schools falling below 40 percent on third down (Arkansas, Kentucky, Vanderbilt, South Carolina)

75% – When an opponent got the ball inside the red zone, the Aggies tended to handle business admirably. Opponents had a red zone scoring average of 75% against the Aggies last season. That’s not a horrible percentage. The problem is Texas A&M allowed opponents to get into the red zone more than any other SEC school, other than Mississippi State. Those red zone conversions add up over the course of a season.

Why it matters: There is a decent chance Texas A&M could have three losses entering November when they host Auburn. At this point in the season, the pressure to finish strong will be high for the Aggies, and getting Auburn at home would seem to be an advantage. But these two teams have seen the road team win each time since the Aggies jumped into the SEC in 2012. Snapping that trend would put the Aggies in a positive direction to chase away the ghosts of seasons past.

Texas A&M QB – Texas A&M has made it a habit of starting the season with one quarterback and ending the season with another, so it may not be a reach to suggest we could be in store for another QB switch along the way in 2017. But if the Aggies can stick with one guy, be it Jake Hubenak or Nick Starkel (or perhaps even Kellen Mond), then that should bode well for the season outlook.

Christian Kirk, WR – Whoever the QB ends up being, they will have a solid wide receiver to count on in Christian Kirk. Kirk is Texas A&M’s leading receiver coming back this season after catching 83 passes for 928 yards and nine touchdowns last fall. With limited experience at the receiver position, Kirk will be tasked with being the main target. Kirk is also a huge special teams asset for the Aggies.

Kevin Sumlin – Another easy answer perhaps, but Sumlin should very much be considered to be on a seat that is getting warmer and warmer. With all that has been invested in Texas A&M since moving to the SEC, another hot start fizzling out midway through should be unacceptable.

Get ready for another 8-4 season, because these Aggies have some tough matchups to get through. Losses to Alabama and Florida in back-to-back games in the middle of the season will cause Aggie fans to say “Oh no, here we go again.” But there will be more wins to enjoy down the stretch than in years past. An early loss at UCLA and a late loss to LSU are not to be considered shocking developments with both games on the road.

Nick Starkel ends the season as Texas A&M’s quarterback, and Christian Kirk gets a 1,000-yard season.