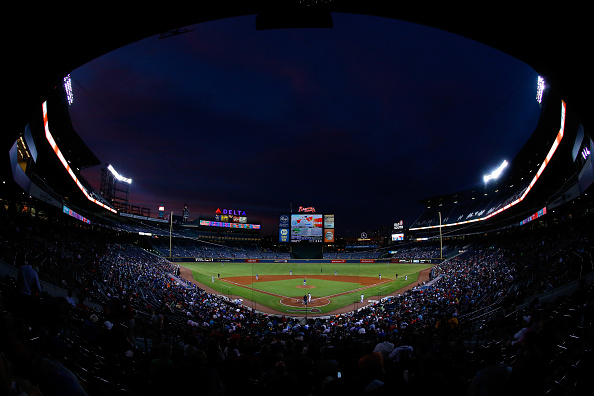 The Atlanta Braves are slated to move to their new stadium, SunTrust Park, in Cobb County, a northwest suburb of Atlanta, in 2017. It was announced Monday that Georgia State and the real estate firm Carter won the bid for Turner Field.

From the Atlanta Journal-Constitution:

The Atlanta Fulton County Recreation Authority board announced Monday that the Carter and Georgia State team has been chosen as the winning bidder for Turner Field. The board will begin immediately negotiating a sale of the downtown baseball stadium and much of the surrounding parking lots, a news release said.

The Carter-Georgia State team plan involves a $300 million mix of student housing, apartments, retail and the conversion of Turner Field into a football stadium. Atlanta Mayor Kasim Reed publicly endorsed the Georgia State team when it first announced its interest in the site early last year.

The Braves’ move to Cobb County has been quite controversial for plenty of reasons.

For one, Turner Field isn’t exactly old. It has been around since 1996, serving as the Olympic stadium when the Summer Games were in Atlanta, became its current baseball-specific form for the 1997 season, and has been the home of the Braves ever since.

One of the promises that came with Turner Field would be the development of the area that it lies in. That never took place. The area has been largely underdeveloped, and outside of the stadium, there is essentially nothing to do in the area.

With Georgia State’s plan, they are expected to revamp the entire area and there have been rumors over adding a MARTA stop, which is the city’s public transportation, much like the Metro in Washington DC. On top of that, a highway exit could be added for Turner Field. These two things, on top of developing the surrounding areas, would have more than likely kept the Braves at Turner Field on a long-term basis.

The idea of the Braves also playing outside of the city rubs a lot of people the wrong way. The jokes about the “Cobb County Braves” were quite rampant in the early stages of knowing the team was moving. Not to mention, the traffic on that side of town during rush hour is an absolute nightmare. If you add tens of thousands of people going to a baseball game, that traffic will only get worse, no matter what you try to implement to counter it.

There’s also a piece of history that may vanish with the team moving – the footprint of Hank Aaron’s 715th home run.

@wcliffjones both of those are for football. Baseball stadium would be build at Aaron wall.

The wall is not only a valuable piece of history, but it’s quite the spectacle for young fans to see in a game that values its history more than any other sport.

It’s easy to overreact if you are invested in the Braves, Georgia State, and the entire situation, but only the future will tell the final tale of this story in seeing what changes are actually implemented.