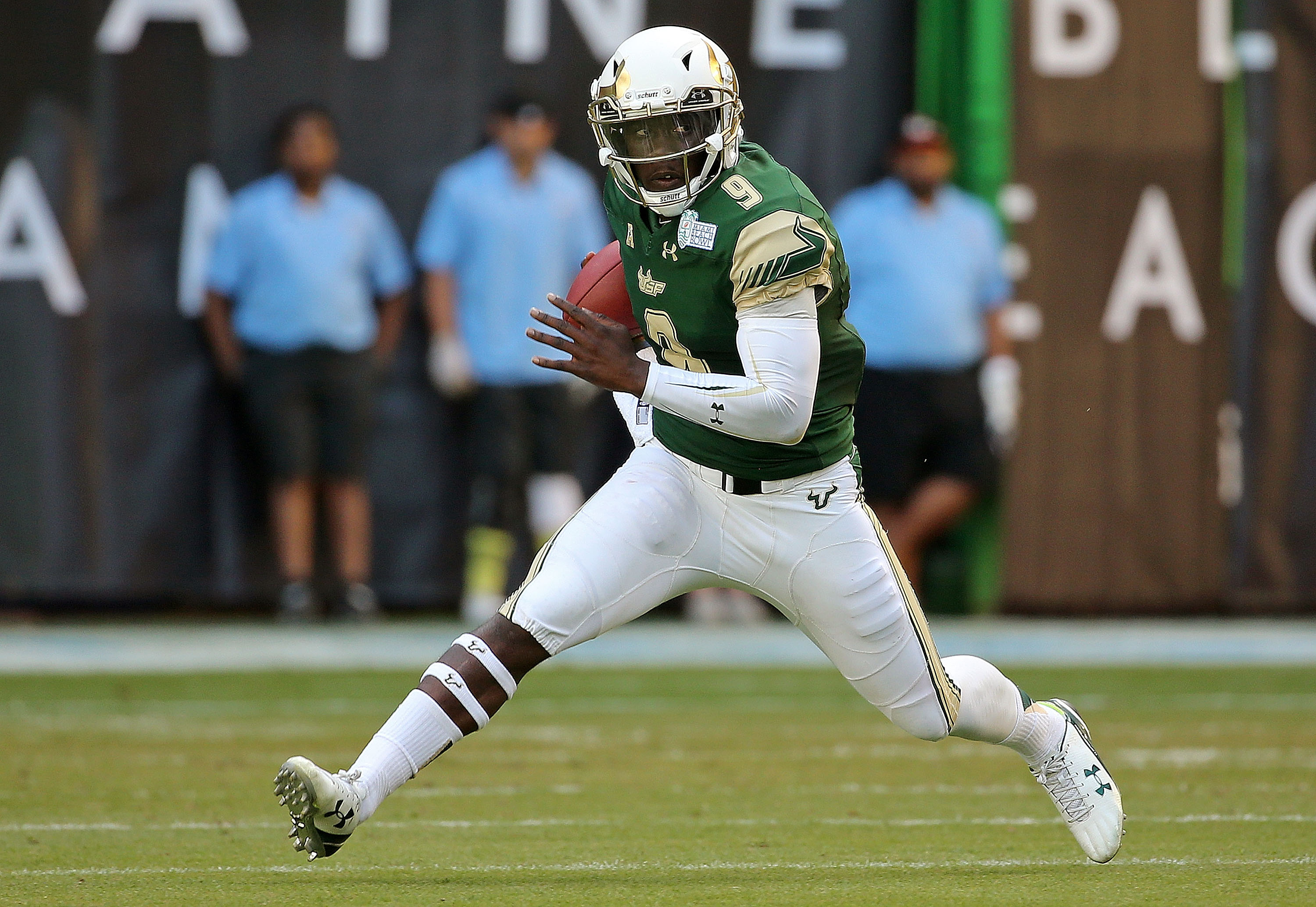 The 2016 season was the first time the USF Bulls football program ever recorded double-digit wins. That may seem strange for those casually following South Florida over the past couple decades, but despite all the relative success they’ve had since day one (in 1997), they’d never put together a full season of excellent, week-to-week results.

In 2007, they leapt to No. 2 in the polls at one point — one of several surprising teams to get that high during a wild regular season. The Bulls would finish 9-4 that season, following a Sun Bowl loss.

They were also ranked intermittently during the 2008, 2009 and 2011 seasons. But still, couldn’t get over the nine-win hump. And couldn’t win a conference title either. Despite those talented years in an eight-team Big East, it never once came to fruition.

When USF started its football program in 1997, then-coach Jim Leavitt seemed to have a clear vision to make an upstart football program viable. They relied heavily on local talent, emphasized defense and took gambles on some interesting offensive players — especially at quarterback.

Leavitt’s teams failed to set the world ablaze while they toiled as FCS and then FBS independents. And two years in Conference USA yielded similarly good-not-great results. They were never bad, however, and you could see the bricks being laid for a solid program foundation.

A surprise addition when the Big East expanded, there wasn’t a ton of evidence that the program would be able to compete in the “better” league with the likes of West Virginia, Syracuse, Pittsburgh and the Conference USA teams like Louisville and Cincinnati with far more extensive histories.

USF made its first bowl game in year one (2005), then won nine games in year two. Leavitt and the Bulls were off and running.

Or at least, you’d have thought that at the time. Watching unique talents like Matt Grothe and then B.J. Daniels tear apart conference defenses was astounding in many ways. For opposing fans, it was soul-crushing (your author is speaking from experience here). Both dual-threat QBs were menaces to defend. And if that wasn’t enough, the program kept ending up with NFL talent on the other side of the ball too (the most notable being Jason Pierre-Paul).

Leavitt wouldn’t stay forever, though, even if he wanted to. An investigation was conducted in early January of 2010 around the coach possibly striking a player. The results, along with Leavitt’s own interference and lack of any admittance, led to his dismissal after 13 seasons. When he left, the promise of the program sort of vanished with him too, for a bit.

Skip Holtz won eight games in his first year, five in his second, and then three in his third. Willie Taggart won just two in his first season (2013). After a 4-8 campaign in 2014, the bottom looked like it had fallen out for the Bulls — until it didn’t.

USF was incredibly young in 2014, and that youth started showing itself in early 2015. Taggart, seemingly coaching for his job, ended up winning eight games and heading to a bowl game (its first since 2010). With another year under their belts in 2016, South Florida was 11-2 with a bowl win. They didn’t win the league, but with skill players like Quinton Flowers and Marlon Mack (among others), they suddenly looked like one of the Group of Five’s top programs — just like they were expected to be a decade earlier. 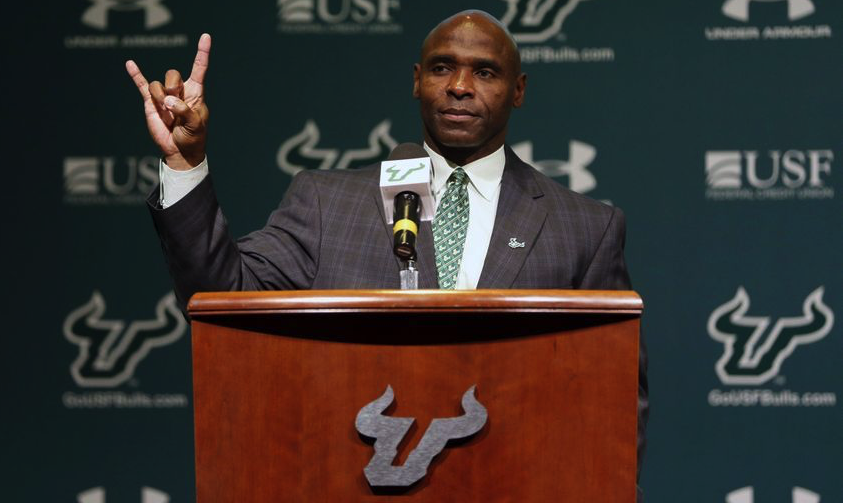 Strong was a key part of turning Louisville into a rising national program, to the point where he was hired at Texas. It never worked out for Strong and the Longhorns, but now he comes to South Florida (more familiar territory for him) and has an immensely talented team on his hands.

Leavitt once remarked to the Sarasota Herald-Tribune, ““My goodness, why can’t USF play for a national championship?”

That may have seemed far-fetched then, as the coach was just coming off an 8-5 season. But now, with Strong, a loaded roster and a very manageable schedule? It seems like there’s nowhere to go except an access bowl — at the very least.

Flowers returns as one of the top 10-15 quarterbacks in the country, in all likelihood. Running back D’Ernest Johnson saw plenty of playing time along with Mack over the last couple years. The defense is experienced and hungry. Strong has experience getting a lot out of a group like this. One might recall Louisville’s 2012 team (beat Florida in the Sugar Bowl) as an easy comparison to this Bulls group.

The schedule also opens some doors. For the first two months of the season, South Florida’s most challenging opponent may be a Temple team that takes a step back or two following Matt Rhule’s departure. The American Athletic Conference’s East division has a lot of questions around it. USF and the aforementioned Owls were the only teams to finish above .500 last year.

A 9-0 start (with wins over Illinois and San Jose State out of conference) would seem possible, before a three-game stretch to end the year vs. Houston and Tulsa, then at rival UCF. ESPN’s FPI gives the Bulls the seventh-highest chance in the country to run the table. If they do so, and win the conference for the first time ever, they’ll be a shoo-in for an access bowl bid on New Year’s Day.

This was the vision Leavitt had when he took over the newly-formed USF football program. He might not have stuck around to see it through, but he did put the Bulls on the initial path. Now, with the right coach and what looks like the right roster to get there too, they could be embarking on a program-defining season. And USF operating at an even more impressive peak? That might just start giving some credence to those Florida billboards many years ago.