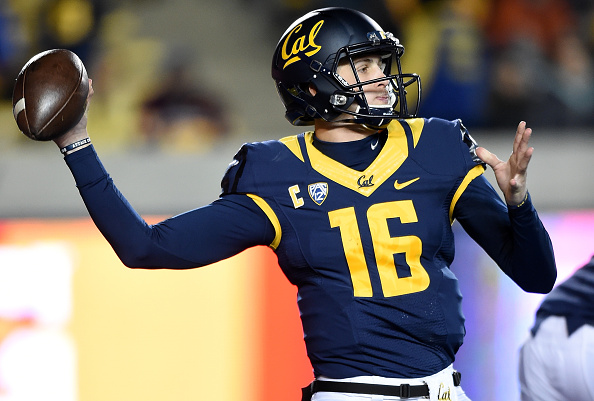 When compiling the results of the last 10 NFL Drafts, the schools with the most players selected are largely the ones you’d expect. USC and LSU lead the way with 62 picks apiece since 2007. Alabama, Ohio State and Florida all have 55 or more, while Georgia, Florida State and Oklahoma all top 50 apiece. Last year’s national champion, Clemson, is next up with 45.

All of that makes sense. Talent usually equals wins, and those powerhouses have the most resources to get that talent (and the victories that come with them). Of those nine schools above, all have played in one of the sport’s six marquee bowls since 2007, and all but Georgia have done so in the last three seasons. Again, not surprising at all.

But when you start going further down the list, some of the schools start less making sense relative to success and win totals. The direct correlation from the most-drafted schools doesn’t necessarily hold true for all. Some teams produce a ton of talent while also losing a lot of games. Others win a lot without NFL talent — both counter-intuitive concepts in their own right.

To evaluate which teams were over- and under-performing their talent the most for the last decade, I used a pretty simple “picks-per-win” metric: dividing the number of draft picks a school has over the last 10 years (2007-16) by their win total from 2006-2015 (starting with the season preceding the 2007 draft).

It’s far from an exact formula, but more of a guide post. How many picks effectively went into each game won during the decade-long span? Using the percentage allows for us to see which teams were producing the most NFL talent, but also whether they actually should’ve been or not. On the other hand, it will show which teams got the most out of their limited number of future pro players and turned that talent into wins.

These are the teams that appear to have the strangest (potentially inverse) relationship between players chosen and wins. Cal, in particular, makes little sense to be that high — especially without the easy access to top-flight talent that Miami has.

Cal’s also a woeful underperformer if you want to go the negative route. With 36 NFL Draft picks on the roster, that should equal far more victories on the field. The Bears have the lowest win total (63) of any program among the top 39 (!!!) in terms of total players chosen. Cal is the only program in the top 25 of total draft selections that’s won fewer than 70 games from 2006-15.

For every Cal and Miami and Arkansas, however, there are teams which manage wins without the roster full of future NFL players. That top five most surprisingly low draft percentages, using picks-per-win:

Ohio isn’t even the lowest picks-per-win rate, but the one with the highest win total toward the bottom. Air Force and North Texas are technically the lowest in terms of picks-per-win, since neither has had a player drafted in the last 10 years. And Navy has only had two players drafted despite 85 wins during this stretch.

However, UNT has struggled for the entire stretch we’re looking at, and the military academies are their own special circumstance. Only recently have players even been able to see professional sports as a realistic option for them leaving Air Force, Army or Navy, so that number’s a bit misleading. BYU’s rate could also fall into the same category, since players leaving the Cougars are likely older than their cohorts due to the two-year mission.

Oklahoma State’s may be the most confusingly low figure of all, given the fact that the Cowboys play in a major conference, have been a very successful program over the last decade, and play a highly entertaining brand of football. Perhaps it’s a product of the spread’s ability to translate to the NFL? But even then, there are plenty of other spread teams with more draft picks during the same time period.

It’s unlikely high school players are digging through these sorts of numbers to see which school they want to commit to, and with good reason. While these numbers can show instances where wins don’t equal getting drafted and losses don’t equal a tougher road to the NFL, there are plenty of instances where the two appear to be more directly correlated.

The top three teams in terms of picks-per-win are USC, LSU and Florida. If the metric was bulletproof, you’d say those programs underperform their talent. When in actuality, the higher rate is more a product of the large number of players drafted. All three were also among the 10 winningest programs during the time period as well. There, it’s a direct correlation between talent and wins.

Same goes for the bottom of the table, where low rates for North Texas, UL-Monroe, Akron and Duke are more likely results of a decade of lesser play than them “out-performing” the roster’s talent.

All that’s meant by this is a quick way to see where outliers occur, and then dig into why. Cal, we’re still waiting on the answer to why you can’t see to turn all of these NFL players into a contending Pac-12 team, though.