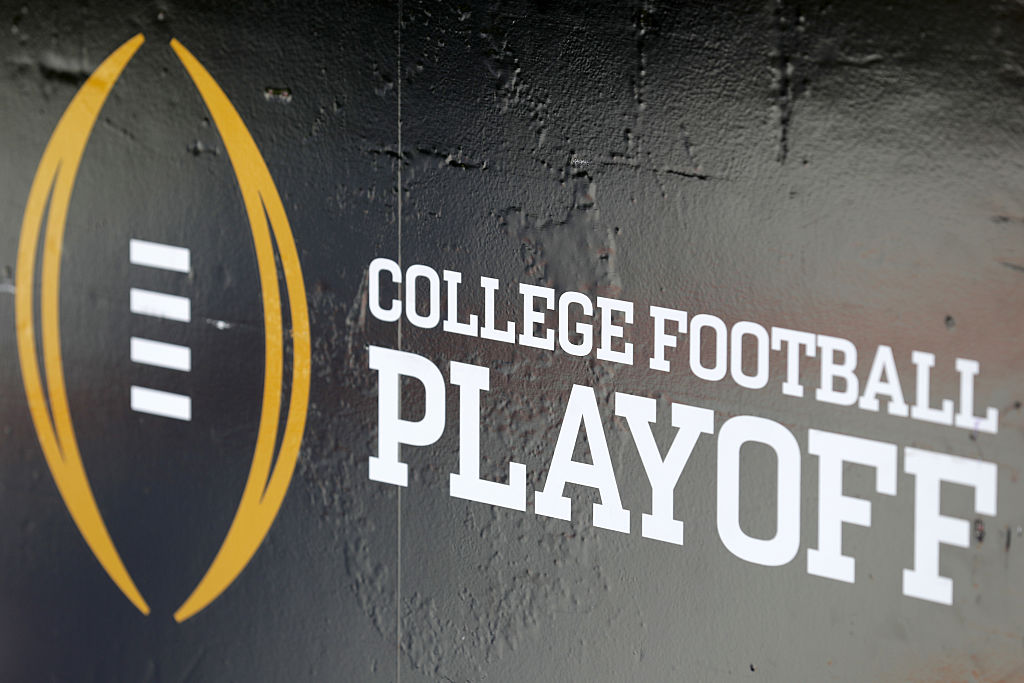 When it comes to the idea of the College Football Playoff expanding, it has always been a matter of “when” and not “if.” Playoff expansion, regardless of the sport, is inevitable. And with the unique set of circumstances surrounding the entire sports world, college football has not been an exception to the idea of trying something new with its annual method to crown a national champion. But in a year that has seen Major League Baseball expanded its playoff field in an attempt to recoup at least a portion of revenue in a pandemic-shortened season, will it be feasible to see the College Football Playoff attempt something similar at the end of the college football season?

The answer may not be as easy to figure out as you might hope. Each conference at the FBS level is scrambling to form whatever portion of a season they can, and there’s clearly a lack of uniformity on the approach. The ACC has announced a 10-conference game schedule that will include Notre Dame and allow members to schedule an 11th game for non-conference play. The SEC is rolling with a 10-game conference-only schedule, as will the Pac-12. Both conferences will also delay the start of their respective seasons. Meanwhile, details from the Big Ten remain in limbo despite the conference being the first power conference to announce a conference-only schedule method for 2020. The plans for the Big 12 also remain in slight question, although it seems as though Big 12 members are working to string together as many as 12 games where possible. The Group of Five conferences will be left to scramble with plenty of vacancies of their own. and could be in a position where spring football becomes much more a reality.

With every conference basically set on playing only conference games, what could that mean for the College Football Playoff? The lack of inter-conference games between schools from opposing conferences leaves some question as to how to fairly evaluate conference vs. conference. In reality, this variable only really comes into play to a minor degree and probably is an overrated data point for the selection committee to discover. While a matchup of Ohio State vs. Oregon would have been a nice measuring stick for the Big Ten and Pac-12 favorites, that may be more the rarity than the norm when it comes to the selection committee’s final decisions. Nevertheless, the lack of data points to consider in conference vs. conference (vs. conference) debates leaves the door open for a radical idea the College Football Playoff has long stood firmly against- expansion.

Like Major League Baseball, if ever there was a year to open the door to expanding the playoff, this would seem to be it. Even if just for one year. And like many of the decisions being made regarding the upcoming football season, football revenue would be the big incentive for it. With so much revenue already being lost over the course of this year and likely during the fall due to the impact of the COVID-19 pandemic, schools are feeling the pressure to get as much football on the field as they possibly can. And what better way to recoup some revenue than by being able to cash in on more College Football Playoff games? If you don’t think money talks, consider that the College Football Playoff and its affiliated bowl partners in the New Years Six paid out a combined $549 million to conferences and schools during the 2018-2019 season, according to USA Today. The full contract is valued at $5.7 billion over the course of the 12-year deal with ESPN. The remaining 33 bowl games that year paid out a combined $99 million.

The company line from College Football Playoff executive director Bill Hancock echoes the standing pat mantra employed by him during his time in the same role for the Bowl Championship Series, which is to say as long as everything is good, there’s no need to change anything.

“The CFP works, and the people in charge are happy with it,” Hancock told USA TODAY Sports in 2019. “Having said that, my bosses are talking about the future and I expect they will continue to talk.  It’s good and responsible management to address the future. But nothing is imminent.”

For Hancock and the College Football Playoff, the future may be now.

The current College Football Playoff contract runs through the 2025 season, so the timeline for discussions on the next contract would ordinarily be coming up in the next few years. But it makes sense to explore all options on the table now. and expediting expansion to this season would likely be among those options discussed. Again, expansion feels inevitable as a significant percent of athletic directors have suggested they’re in favor of expansion, according to a survey conducted by Brett McMurphy of Stadium. Athletic directors aren’t the ones calling those shots, but their bosses — university presidents —  have never been the type to back away from more money. If all signs appear to be heading toward playoff expansion, why couldn’t it happen now?

The answer falls back to what has brought us here in the first place. There’s just too much uncertainty about what’s going to happen in the football season. You can reduce the schedule and push the start of the season back all you want, but unless these college football programs are playing inside a bubble like the NHL, NBA, and MLS have been, the sport could face similar struggles being witnessed around Major League Baseball right now. And with conferences choosing to go with conference-only schedules, it’s possible we may not have a college football postseason at all. We have already lost one bowl game from the calendar, and we’ll likely lose more. Of course, the Redbox Bowl doesn’t hold quite the same prestige as the Rose Bowl or Sugar Bowl.

The hope will be that things do get better in the country with regard to COVID-19, and maybe fans will eventually be allowed back in some stadiums as the season continues. But conference-only scheduling could be used to shut the door on potential postseason bids. And that’s just assuming the college football regular season can cross the finish line. There’s a lot to sort through before the topic of College Football Playoff expansion is seriously discussed. And when push comes to shove, the status quo may win out for the College Football Playoff. If the theme to this season is reducing games played, the last thing the College Football Playoff could justify would be adding more games with more teams involved.

So, for now, College Football Playoff expansionists, of which I consider myself a proud card-carrying member, will have to wait. The playoff will expand one day. But those plans you may have for 2020 will end up just like all of your other plans for this year- garbage.