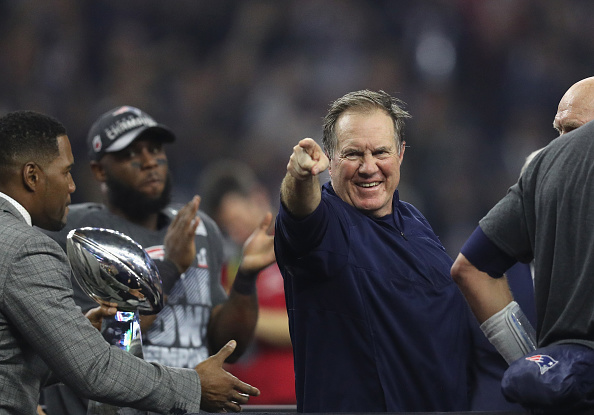 The Comeback has been previewing all 32 NFL teams from worst to first leading up to the start of the 2017 regular season, which occurs Thursday night in Foxboro. And to wrap up our preseason rankings, we look at the team hosting that kickoff extravaganza, the defending champion New England Patriots.

2016 in a nutshell: Quarterback Tom Brady missed the first four games of the season due to a weird-ass suspension, but returned in time to lead them to victory in 14 of the next 15 games. The cherry on top was an unforgettable comeback victory over the Atlanta Falcons in Super Bowl LI.

What’s different: The receiving corps, the running back corps and the secondary. And Brady is now 40.

Why they could be awesome: The Patriots always are. New England hasn’t missed the playoffs with Brady at quarterback since 2002.

Why they could suck: Brady is 40, top receiver Julian Edelman is out for the year after suffering a torn ACL and All-Galaxy tight end Rob Gronkowski hasn’t made it through a complete season since 2011. That being said, there’s no way they suck.

Major additions: He was acquired to work alongside Edelman, but home-run-hitting receiver Brandin Cooks, who is coming off back-to-back 1,100-yard seasons, could still be an upgrade. They’re also getting Gronk back from injury, they gave big money to starting corner Stephon Gilmore in free agency and they’ve added Dwayne Allen, Rex Burkhead and Mike Gillislee to the offensive core.

It feels as though the Patriots looked at the fact the league hasn’t had a repeat champion in over a decade and realized they couldn’t afford to sit on their hands.

Breakout watch: Third-year defensive linemen Malcom Brown and Flowers look as though they’ll have more responsibilities in 2017. Can they become stars? Probably, because New England.

Position to watch: The running back rotation is always interesting in New England, even if it drives fantasy football participants crazy. Blount’s departure leaves a void, but Dion Lewis is intriguing, James White is always a factor in the receiving game and I think both Burkhead and Gillislee are good enough to be strong starters in this league.

Prediction: They’re the best team in football by a tremendous margin, but the Edelman loss hurts and I get the feeling a team relying on so many old and/or fragile players might lose more key cogs. Belichick is the best there is at responding to those losses, but this still feels like a team that will slip up somewhere along the way. We’ll give them one loss, but we’re sending them back to the Super Bowl anyway.