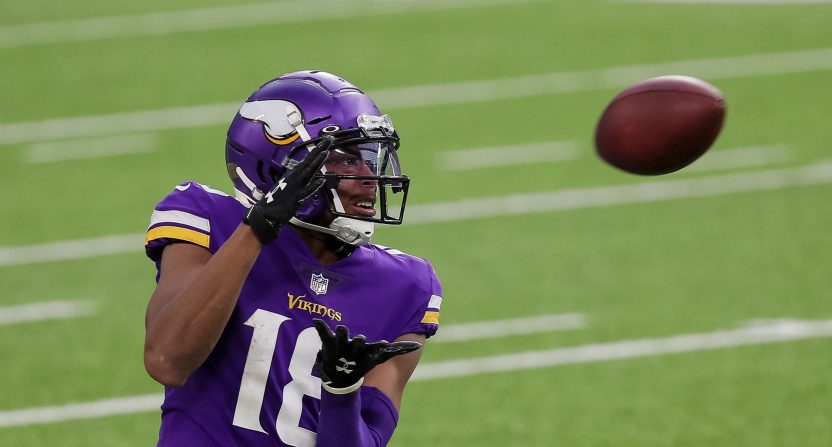 With the very weird 2020 NFL regular season now in the books, we’re ready to cast our ballots for awards.

In the end, this shouldn’t be close. Rodgers posted the second-highest passer rating in NFL history and a bonkers 48-to-5 touchdown-to-interception ratio for a first-place team. Mahomes’ Chiefs were better on paper, but he wasn’t as productive as Rodgers and had more support.

I wouldn’t be surprised if Henry received more MVP votes than Mahomes after going over 2,000 yards for the AFC South-champion Titans. Only four players in NFL history have rushed for more yards than Henry did in 2020, and he had as many games with 200-plus yards and multiple touchdowns as any other player had compiled in their entire career.

Watt finished with a league-high 15 sacks, as well as 41 quarterback hits (nobody else had more than 32). He also forced two fumbles, and was the only player in the league with more than six passes defensed and six sacks. This should be an obvious call as well, although Donald will likely get some love for his 13.5 sacks and four forced fumbles.

The first-round pick out of LSU was one of just three wide receivers to hit the 1,400-yard mark in 2020. His rookie campaign featured seven 100-yard performances and seven touchdowns, and he ranked fourth in the league in yards per target. Herbert was great under tough circumstances, but he wasn’t as consistently effective as Jefferson.

Despite dealing with a couple of injuries early in his debut season, the No. 2 overall pick from Ohio State became a weekly force down the stretch. Four of his rookie-best 7.5 sacks came in the last six weeks of his season, and he was one of only seven players with seven-plus sacks and four-plus forced fumbles. He also recovered three fumbles and scored a touchdown. Blackmon was all over the place for the Colts, but Young was a much bigger difference-maker.

Despite quarterback turmoil all season long, controversy in the offseason, and an overall lack of talent outside of the defensive front, Rivera — while battling cancer — led Washington to five wins in its last seven games to squeak into the playoffs. Flores did a tremendous job with a more talented Dolphins team, and he won more games, but Rivera overcame a little bit more.

This is a no-brainer. Smith wasn’t a star, but he won five of his six starts as Washington’s quarterback. The man underwent 17 surgeries!