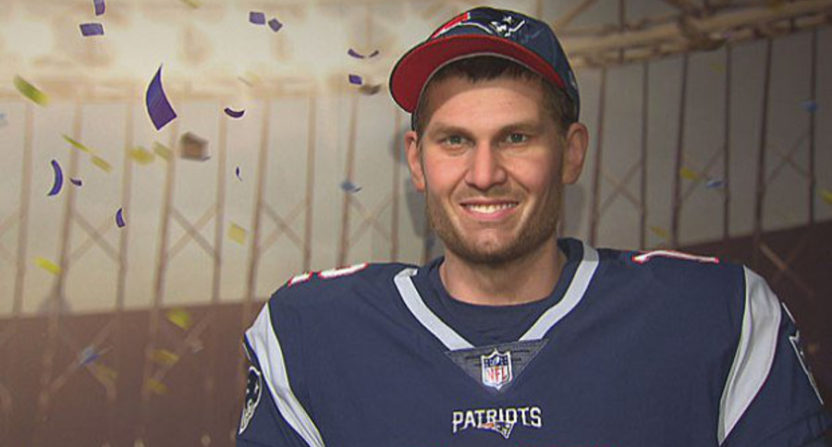 There can be plenty of reasons to mock wax museums or the statues therein, but one wax museum in Boston is being made fun of simply because their wax sculptures are awful.

The fake Tom Brady can be found at the Dreamland Wax Museum in Boston. And it, along with their Paul Pierce statue, has been at the center of much of the mockery:

Here’s a small sample of some of the negative reaction the museum has gotten on Twitter:

Now we know where the courtroom artist found inspiration. pic.twitter.com/aJZFjQZFtX

Surprisingly, though, the Museum’s vice president of sales is loving all of this “negative press.”

“It’s absolutely been a blessing to have all of that controversy,” said Michael Pelletz, the museum’s vice president of sales. “Even if it’s negative press, it’s working wonderfully.”

Pelletz may be proud of the wax sculptures, but the museum as a whole might not be because they don’t house Picasso’s. The Boston Globe reported that the museum has already admitted it wants to fix its terrible Tom Brady statue.

Out of context, this is amazing and can be applied to every statue inside the museum.

In context, Zeitz is simply referring to the statue of Snoop Dogg inside the museum.

Other residents of Boston, however, don’t think too highly of the sculptures.

“We weren’t impressed,” Donna Mulvey said. “It seemed as though several of the people’s heads were small.”

That’s an interesting assessment. The tweet above of the Paul Pierce statue does look like his head is a little small once you get past the fact that his face doesn’t look at all like Paul Pierce.

“Pictures and videos, sometimes they don’t do it justice,” Pelletz said. “When people do come, they absolutely love it.”

That may be true, Mr. Pelletz, but I find it hard to love a wax figure of Tom Brady that looks nothing like arguably the most famous man in Boston.