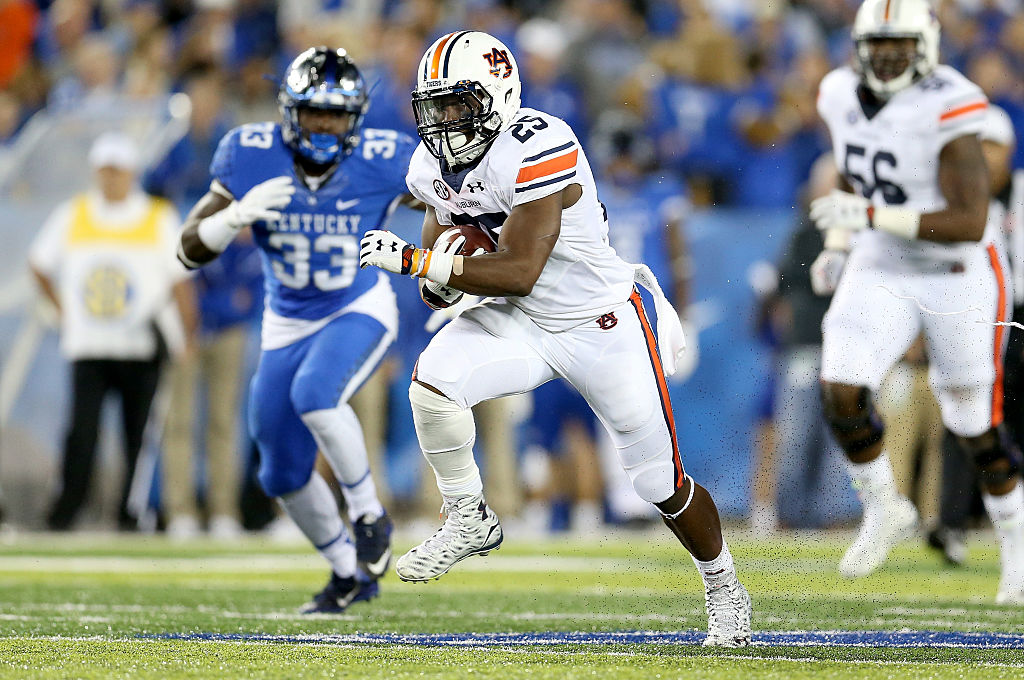 Peyton Barber isn’t a name that was on any NFL scouts radar for the 2016 draft, but he is a name who is on the board now and it has little to do with being ready. Instead, it appears Barber is making an economic decision, hoping to be able to turn football in to a living to help get his mom out of homelessness.

Auburn RB Peyton Barber reveals "my mother is homeless right now" in answering why he came out for draft.

It was a shocking decision, as Barber didn’t even submit his name for evaluation by the NFL Draft Advisory committee following this past season.

However, homelessness isn’t new to Barber nor is struggling to get what he wants out of life. Barber has been open about being homeless for a seven-year period growing up and struggles with both dyslexia and ADHD.

This decision wasn’t about his future though, rather making sure the person who raised him can have a roof of her own over her head.

Barber will be an interesting evaluation before the draft, as he topped the 1,000-yard mark this past season and was hoping it would be a springboard to bigger things and better position in the 2017 NFL Draft.

However, life changed all of that thinking and it may end up being the right decision overall. Barber’s dad did some homework with NFL scouts and believes his son could be coveted for his all-around game.

“Is Peyton an Adrian Peterson? No,” Ken Barber said via The Ledger-Enquirer. “Is he a first-rounder? No. Second-rounder? No, but there are teams looking for an all-around back with his size and character.”

There’s also a potentially loaded 2017 running back class and a top-heavy 2016 class to consider, and Barber’s choice may be the best one based off those considerations as well.

Barber’s future will likely hang on his performance at the upcoming NFL Scouting Combine, and his story will certainly be worth watching en route to the 2016 NFL Draft in Chicago.