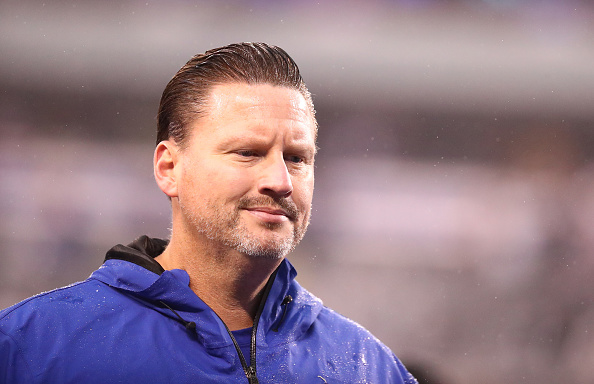 Nine weeks into the 2017 NFL season and there is still so much to talk about. Who would’ve thought? Well, probably everyone who watches football on a weekly basis.

This week’s group of games featured some of the feistiest moments of the season so far, for sure. But let’s stop the talking and get straight to what the people on Twitter thought of what went on in the NFL this week.

During the matchup between the Cincinnati Bengals and Jacksonville Jaguars on Sunday, things got a little heated and we’re not talking about the temperature during the game. Bengals wide receiver A.J. Green was clearly fed up with Jaguars cornerback Jalen Ramsey when he brought Ramsey down to the ground with a chokehold reminiscent Saturday’s performance at UFC 217 from Georges St-Pierre.

Jalen Ramsey will never be homeless; he’ll always have a home inside AJ Green’s head.

BREAKING: UFC 225: AJ Green vs Jalen Ramsey has been announced.

AJ Green just took out six years of anger from playing with Andy Dalton on Jalen Ramsey. Never mess with the quite ones.

AJ Green and Ramsey fighting over which team has the worse QB.

With the New Orleans Saints up 30-3 over the Tampa Bay Buccaneers in the third quarter on Sunday, 23-year-old Buccaneers quarterback Jameis Winston decided to poke his finger at the head of Saints defensive back Marshon Lattimore. Unsurprisingly, Lattimore did not like that and responded with a small shove to Winston. However, a small shove is not what Tampa Bay receiver Mike Evans decided to give Lattimore soon after.

Yeah, you can’t do that Mike Evans. pic.twitter.com/3a0PDEWFvk

Mike Evans should fight AJ Green and the winner should have to fight the Final Boss……..

Mike Evans when he runs into AJ Green after today. pic.twitter.com/N2TeunG7YU

Mike Evans after we said AJ Green the best wrestler in the NFL pic.twitter.com/bem4UWtB2s

Rams pummel the Giants and that is being nice

It did not take very long for the New York Giants to realize they were well on their way to their seventh loss of the season as they went into to the half down 27-10 to the Los Angeles Rams on Sunday. The Rams went on to cream the Giants by a final score of 51-17, but luckily not many of New York’s fans stuck around to watch the thrashing.

.@Wendys instant analysis from the #NYGiants Week 9 loss to the Rams » https://t.co/Se8Kj8uhcL pic.twitter.com/3TPh02CNwc

Live look at the Giants vs Rams game. pic.twitter.com/nvO4uvblCG

After watching today, can we all agree. #Rams in the NFL elite. #Giants should be relegated to the CFL.

Live footage of Eli Manning walking in the locker room during halftime pic.twitter.com/5lpNAHXI5A

Remember when the Giants hired Ben McAdoo and the Eagles supposedly “settled” for Doug Pederson?

Calling Ben McAdoo a bad coach is an insult to Jeff Fisher.

Chiefs break out the potato sacks

With fewer restrictions on celebrations this season, the NFL has seen some pretty creative post-touchdown displays in 2017 so far. Add the Kansas City Chiefs’ touchdown celebration from their Week 9 matchup with the Dallas Cowboys to the list, which saw Chiefs tight end Travis Kelce beating his teammates in an imaginary potato sack race.

Chiefs with the best TD celebration of the year pic.twitter.com/9D7Ai1kMb2

The AFC playoffs should just be a TD celebration competition between the Chiefs and Steelers.

Damn. The Chiefs just did a sack race TD celebration & it was great & I️ hate it all at the same time.

Sack race TD celebration by Kelce and the Chiefs was good, but it wasn’t Duck Duck Gray Duck good.

The Seahawks get a full dose of vintage Blair Walsh

After getting cut during the middle of the 2016 season by the Minnesota Vikings, kicker Blair Walsh landed with the Seattle Seahawks this past offseason and had been performing well through the first eight weeks of 2017. But Walsh’s old habits reared their ugly head on Sunday and likely cost the Seahawks a win over the Washington Redskins.

Blair Walsh staying after the game to get some extra reps in pic.twitter.com/5aBDxXd3nL

Blair Walsh stayed on field at halftime because:
A) he wanted to work though his issues
B) was scared Kam Chancellor would kick his ass

When Blair Walsh finally costs you a game pic.twitter.com/45SEFzSBhj

Anyone else remember when Blair Walsh signed his contract with the #Seahawks  ? #SaluteToSerivce pic.twitter.com/Mbqx1gylxF

If Blair Walsh was the shooter JFK would still be alive today.

Early in their Monday night matchup with the Green Bay Packers, the Detroit Lions got on the board first after Lions receiver Marvin Jones hauled in a 25-yard pass for a touchdown. Following his score, Jones and his teammates showed off their own creative celebration skills to the rest of the league.

Lions celebration game is at ? pic.twitter.com/0dKqSrB49o

The NFL will probably suspend the Lions players 2 games for their boxing celebration and give AJ Green nothing.

Touchdown celebration of the year goes to the Lions. pic.twitter.com/DXaR5A2HVs

my #DetroitLions #Lions may not win the Super Bowl but I tell ya what….no team puts the FUN in a touchdown celebration like these lads! ??