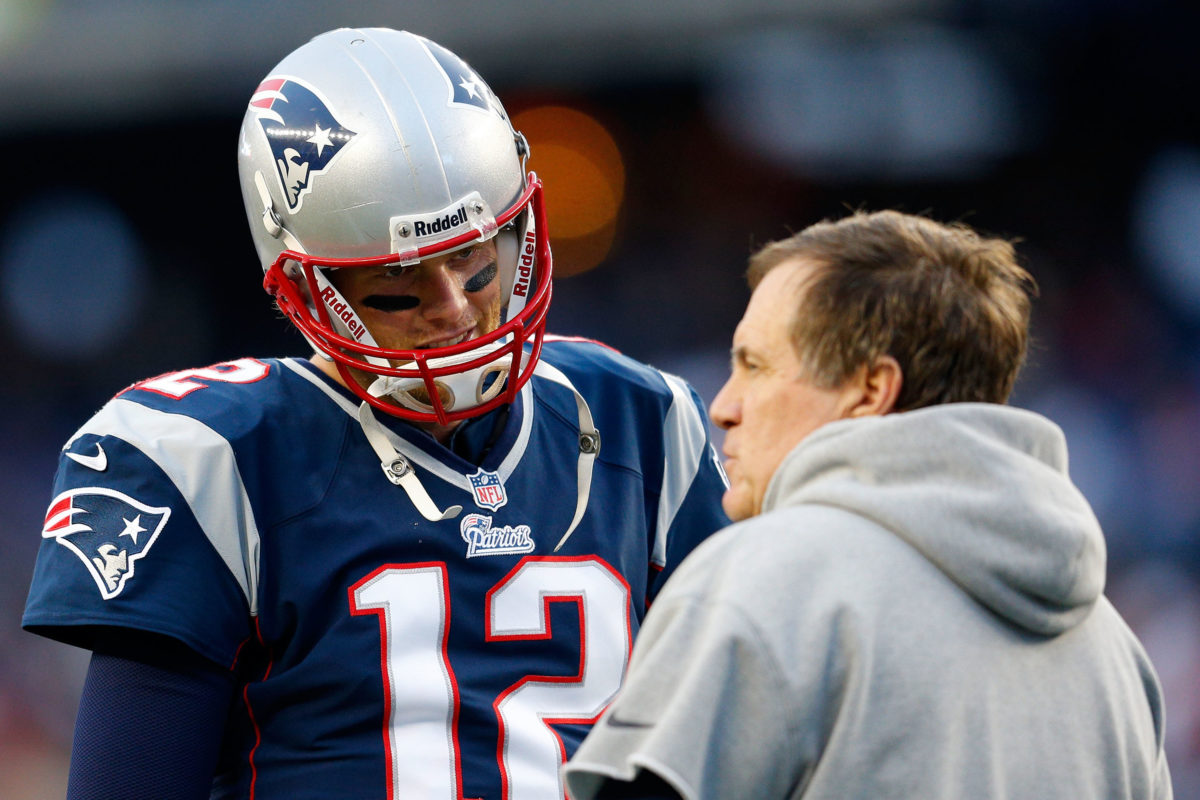 What you might not have known is the extent to which Guerrero had inserted himself into the Patriots locker room, and the friction it’s caused with Bill Belichick and the team’s training staff.

The Boston Globe did some digging on the subject, and found that Guerrero’s role has been greatly reduced in recent weeks by Belichick, risking the wrath of Brady in the process.

Via Bob Hohler of the Globe:

In the years after (the 2013 opening of Brady and Guerrero’s TB12 Center outside Gilette Stadium), Belichick allowed many of Brady’s teammates to participate in training regimens not with the Patriots’ highly regarded medical and training staff, but at the TB12 Center just outside of the stadium in Patriot Place. Guerrero treated the players there with his alternative methods, and the TB12 Center billed the Patriots for his services.

Not shady at all! There’s more:

Belichick also permitted Guerrero, Brady’s close friend and business partner, to secure his own office near the Patriots locker room, fly on the team charter to road games, and receive credentials to work the sidelines of every game, home and away.

Can you imagine the beating anyone besides Brady would be getting if they brought their own Eugene Landy around all the time? It’d be continuous. Belichick must have reached a breaking point, though:

But this season the Patriots coach has reversed course. For reasons he has declined to explain, Belichick weeks ago stripped Guerrero of his special team privileges, restoring a measure of tradition to the team’s medical and training operation, according to several people familiar with the Patriots’ internal operations.

Guerrero is now banned from boarding Patriots jets. His sideline access has been revoked. And he no longer is permitted to treat players other than Brady in his exclusive office at Gillette Stadium.

This is the smart thing to do! Granted, it might annoy your 40-year-old NFL legend, but what’s Brady going to do? Demand to be traded? Retire? Not play? Belichick has an entire team to look out for, and he’s clearly not convinced of the benefits Guerrero’s treatment might be having, especially where it conflicts with the recommendations of the team’s medical staff.

And to be clear, this hasn’t ended the practice of Pats players seeing Guerrero. It simply adds a slight barrier, and builds in some (likely healthy) restrictions on the working relationship:

By this season, however, TB12’s client list has grown to include most of the Patriots roster – a unique arrangement in the National Football League. With Guerrero effectively involved in the health and training practices of much of the team, it’s not unusual for him and the Patriots medical and training staff to differ, according to sources.

Belichick famously dislikes distractions. He dislikes divisiveness, real or perceived, even more. Internal observers believe that restricting Guerrero’s operations in the stadium might reduce some tension in the workplace, where promoting player health and game readiness is considered a priority.

Under the revised policy, many of Brady’s teammates who have been treated by Guerrero at Gillette are continuing to see him at the nearby TB12 Center. They can be shuttled there in a couple minutes or walk there in less than 10 minutes.

This isn’t meant to be a slam at all holistic practices or alternative medicines. Everyone’s mileage may vary. But there are legitimate ways to go about it, and getting busted by the FTC for marketing a beverage you claim prevents brain damage from head injuries is not the way to about it:

Brady’s bond with Guerrero became so strong that in 2010 he endorsed a beverage called Neurosafe that Guerrero’s supplement company marketed as “a drink that protects your brain from the consequences of sports-related traumatic brain injury.” The company claimed the beverage’s results were scientifically proven.

The Federal Trade Commission asserted Guerrero’s claims were bogus. At that point, Guerrero stopped marketing the product and provided refunds to anyone who bought the drink.

Belichick clearly felt Guerrero was becoming a bit too close to the daily operations of the team, and in fact he likely still feels that way. These steps seem designed to both do what Belichick can to assert some control, and to send a message about who’s really in charge of the organization.

There’s been a longtime joke about how Belichick is so committed to winning, he’d even be willing to trade Brady at the end of his career if he felt it made the team better in the long run.

Is this is the first step towards that actually happening?

We can only hope. That’d be hilarious.