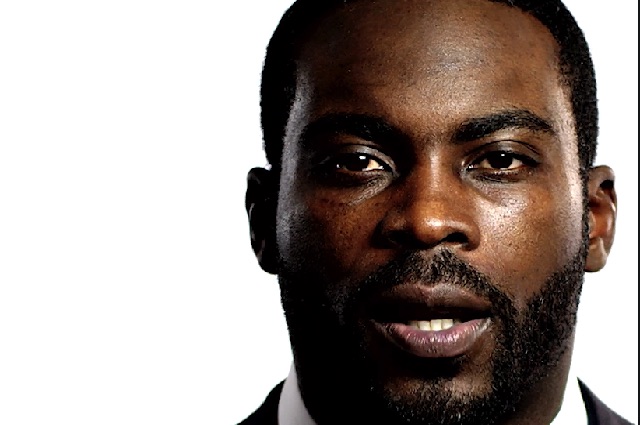 Bleacher Report selected a compelling, timely subject for its first entry into the sports documentary space, Vick. The story of Michael Vick is a classic rise and fall narrative, one seemingly ideal for a 30 for 30 type of treatment.

That’s clearly what Bleacher Report is going for here, more than a biopic-type film that we might see from a HBO Sports production. But while B/R picked a notable figure for its first documentary, it might have been a bit hasty with that choice. There isn’t really enough distance from actual events to tell a complete story here, which is what often makes these types of films feel satisfying and thought-provoking.

But Vick does hit on the important notes of the quarterback’s career, beginning with his upbringing in the projects of Newport News, Virginia to his emergence as a phenomenon as a quarterback at Virginia Tech, and then covering the impact he had in the NFL as the No. 1 overall draft pick with the Falcons. Writer/producer/director Johnny Sweet emphasizes how revolutionary a talent Vick was, a combination of electrifying speed and agility who could launch the ball down the field effortlessly with a flick of his wrist.

With archival footage from high school and college games, Sweet reminds us just how impressive a player Vick was, especially in terms of his elusiveness and blazing speed. Interviews with people such as former Virginia Tech coach Frank Beamer and fellow quarterback Donovan McNabb express amazement at how Vick could sense the rush, make a cut and then bolt 50 yards down the field.

Though we’re not far removed at all from Vick’s playing days — he plans to play one more season as a backup with the Pittsburgh Steelers this year — the footage is a sobering reminder that it’s been quite a few years since a Virginia Tech or Atlanta Falcons game with Vick at quarterback was a must-see event. He did things on the field that we’ve never seen before and will very likely never see again.

(If only the documentary could have also included NFL footage, rather than still photos and graphics — which are nonetheless presented in flashy, entertaining fashion to pop on the screen. Understandably, such game highlights would have surely made the film far too expensive to produce.)

What Sweet touches on that is truly intriguing, however, is how Vick was embraced by the hip-hop community as few other athletes had been before or since. Artists such as Noreaga, Lil’ Wayne and Scarface are among those interviewed who explain how important he was to that generation. Lil’ Wayne even goes so far to say a hip-hop video wasn’t cool in those days unless Vick had a cameo in it.

But this also leads to one of the weak points of the documentary, which is that several areas aren’t explored with nearly enough depth. For instance, it would have been intriguing to hear Vick talk about his relationship with the hip-hop community and how important that was to him as an athlete and celebrity. That applies even more to Vick’s insistence on going home to Virginia every week and maintaining his bonds with friends back home, something that later resulted in his downfall.

Of course, the narrative of Vick eventually gets to the quarterback’s involvement with dog-fighting, which was responsible for his eventual disgrace and imprisonment. Interviews with ESPN reporter Kelly Naqi and investigator Jim Knorr are gripping, explaining the rumors and events that led to suspicions of Vick running a dog-fighting and gambling ring at a rural compound, his subsequent prosecution, and a star athlete at the height of his career going to prison for nearly two years.

Several people who were involved declined to speak to Sweet for the film, but not having any insight from Vick on what was going on at the time and what his thinking was really leaves a void in the documentary that’s yearning to be filled. Others such as Aaron Brooks, a quarterback who also grew up in the area (and Vick’s second cousin), and ESPN’s Michael Wilbon discuss the culture that was accepting of dog culture — especially in the South — and there is some disturbing footage of dog-fighting matches included, in addition to descriptions of how the dogs were treated.

Perhaps there were some matters Vick wasn’t willing to discuss. Maybe what he said on camera wasn’t interesting enough to include in the film. As the film also makes clear, this story isn’t yet finished. Though he served his time in prison and successfully resurrected his NFL career (thanks in large part to McNabb), Vick is still trying to right the wrongs that he committed and make amends for what he did. Maybe this is a documentary that will someday have more added to it.

Above all, length of the documentary was a consideration, as the film is kept to 50 minutes, something that executive producer Joe Yanarella said was important since Vick was going to be shown on digital and mobile outlets, rather than television. A 90-minute or two-hour film wasn’t feasible for how B/R wants to present this film. But it ultimately may have been a better product with more included.

Vick will be released on the Bleacher Report website and mobile app Monday, July 11 at 10 a.m. ET.