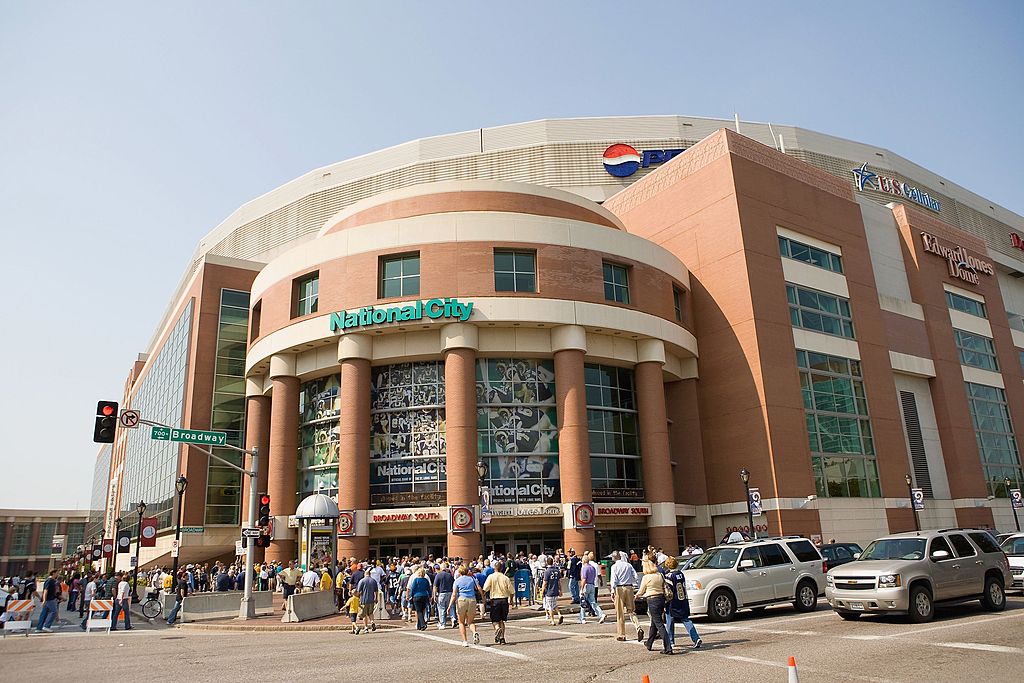 St. Louis built the Edward Jones Dome in hopes of luring an NFL team back to the city during the 1990’s. Now it is in a fight with the very city it stole the franchise from, Los Angeles, for the future of the same franchise.

At the head of the fight is the aging and inadequate Edward Jones Dome in St. Louis. There is an effort underway in the city to find a new home for the team and keep them from bolting for a proposed stadium effort in the city of angels.

However, a nasty side effect of that effort has come to light — bribery.

According to a tweet from Staci D. Kramer, some on the St. Louis city council and their families have been the subjects of attempted bribery.

This allegation comes on the heels of a key vote for the financing of the stadium, which went 7-2 in favor of the proposed $1 billion financing package to build a new stadium for the Rams to call home.

Ellyia-Green alleges that proponents of the new stadium deal were approaching family members in attempt to have them influence her vote in the favorable. According to the allegation made to the FBI, the attempted bribe was made by someone with a significant financial interest in the stadium getting done.

Ironically, the package voted on may not even be enough for the team to want to stay instead of bolting for LA. It is a point brought up by a prominent NFL executive after the vote, via Fox Sports.

In an interview Thursday with Bernie Miklasz on radio station WXOS-FM, NFL Executive Vice President Eric Grubman said the city “will fall short of having a compelling proposal that would attract the Rams.” Grubman said the proposed stadium will “cost more than is at the drawing board at the moment, the funding has declined and new taxes are being proposed to the Rams.”

Rams owner Stan Kroenke has longed to move the team from the city for the much more lucrative market that could be tapped in Los Angeles. However, he isn’t in full control of that move, with the San Diego Chargers and Oakland Raiders also in the mix for the move should the stadium get built.

Ultimately, the decision on who gets to go to LA comes down to the rest of the NFL ownership group. Their vote will be the final say, and it is far too early.

Seeing the desperation and lengths some in St. Louis have gone to to keep this team in the city, it’s a wonder there isn’t more passionate support for the team there. Then again, St. Louis is and always has been a baseball-first city.

Will this first letter be the end of the story or just the beginning of something much deeper in the St. Louis community? Stay tuned, because things could get a lot more interesting soon from the looks of it.