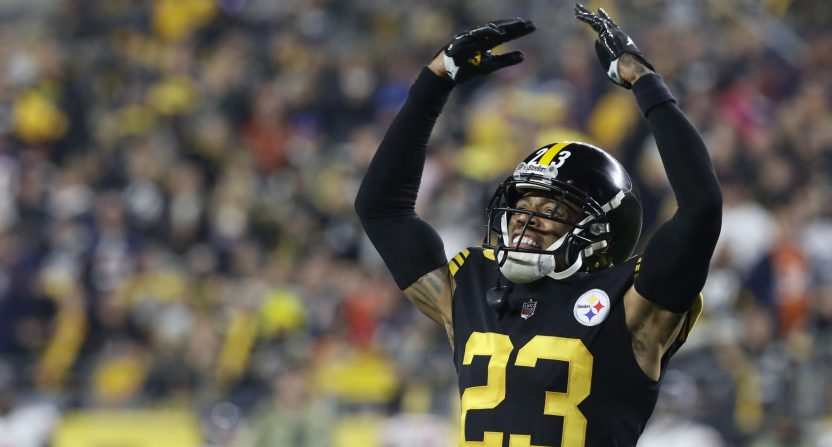 One of the most underrated defensive backs of the last decade has been former Cleveland Browns and Pittsburgh Steelers star Joe Haden, On Wednesday, the veteran cornerback made a huge announcement regarding his future in the NFL.

ESPN’s Adam Schefter reported Wednesday that Haden is retiring from the NFL after 12 seasons in the league. Schefter included confirmation from Haden’s agent Drew Rosenhaus.

Former Pittsburgh and Cleveland cornerback Joe Haden is retiring and will sign a one-day contract to retire as a Brown, per sources. His agent, @DrewJRosenhaus , confirmed his client’s decision. pic.twitter.com/kq9xwv7Ohb

Haden last played in 2021 with the Steelers, but came into the current season as a free agent, so this isn’t exactly the most shocking decision for him to call it a career.

The three-time Pro Bowl cornerback nearly split his time equally in the NFL between the Steelers and Browns, so there were many asking which team he would ultimately decide to retire with.

He made his decision on Wednesday, as Schefter added that he will sign a contract with Cleveland to officially retire as a member of the Cleveland Browns.

Many took to social media to congratulate Haden on an excellent career over the years.

Salute to a great career. https://t.co/9SBGDqmjmJ

Him and Joe Thomas were the lone bright spots on some historically bad teams. Will always have a soft spot for Haden. https://t.co/IW9fvZ5GWf

Sucked when the #Browns decided to tank and cut him. Wish it was anywhere else but Pittsburgh but glad he got to play some meaningful games. https://t.co/bNVgkiYiz9

Glad he's retiring a Brown. Feels like forever since he played in Cleveland, but he was one of my favorite players of the last decade. https://t.co/4qybzg3Sea

Haden was seemingly a candidate by many to be a late-season addition to a team that ran into injuries in the secondary. But it appears that his time in the NFL is officially over.

The veteran cornerback made an impact for the Steelers late into his career, and could probably still play at the NFL level if he wished to do so.

That being said, Haden has nothing left to prove in his NFL career. And he will be remembered by Browns and Steelers fans as a true difference maker throughout his career as he rides off into the sunset.