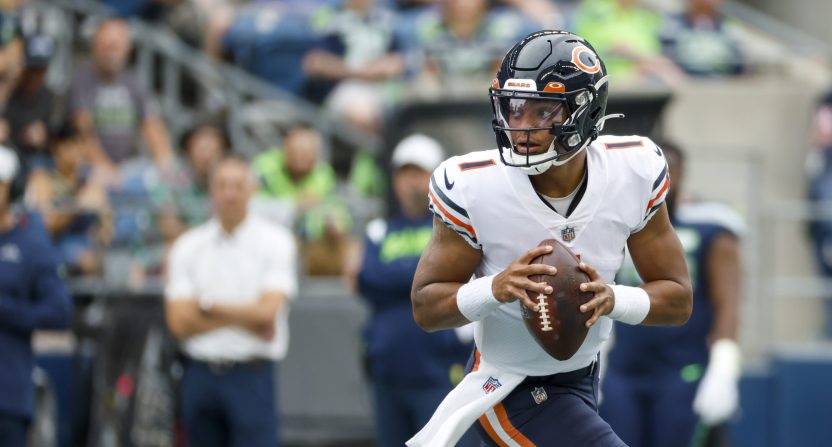 The Chicago Bears announced Tuesday that they have put wide receiver, Byron Pringle on the injured reserve list, and rather than picking up another wideout, they signed linebacker Joe Thomas from the practice squad.

The Bears need another offensive weapon to help struggling quarterback Justin Fields. Although the Bears are 2-1 as of right now, it’s not because of Fields’ play.

In their win over the Houston Texans, Fields was only 8 of 17  for 106 yards and two interceptions.  Even Fields called his play Sunday “trash” and recognizes the need to get better.

However, Chicago Bears head coach Matt Eberflus even took some of the blame for Fields’ poor performance after the team’s loss on Sunday.

“It’s never one guy; it’s also more about that, the protection, make sure we shore that up the best we can, and also the timing of the routes. And making sure, that we’re timing that up. So we’re getting better every week. We had some good explosive passes in this game which we were excited about; we’re going to build off of those and keep going forward.”

If the Bears are serious about Fields getting help, they can start by signing a new wide receiver.