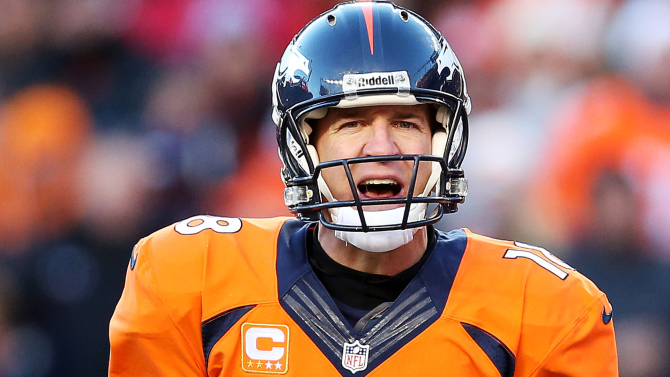 Of all the tired, silly, cliched questions that exist in the hackneyed world of sports debate, there’s one in particular that’s always stuck out as particularly absurd.

“Can you win a championship with him?”

Did anyone think we’d be having that conversation about Peyton Manning and the Denver Broncos, at this point in the season?

We’re all quite familiar with the form. A goaltender, or a shooting guard, or, quite frequently, a quarterback, establishes themselves as talented, but imperfect, just like literally every athlete who’s come before them. His career has some ups and downs, highs and lows, and before long, everyone is weighing in on that one single question, trying to figure out if good is good enough, and if they can visualize this player one day accepting a postseason MVP award while a Fortune 500 company’s midwest sales representative awkwardly stammers through the presentation.

Of course, the question is inherently flawed, namely because it’s completely without context. How talented, exactly, will his teammates be? Who will be coaching him? Which opponents will will he have to defeat on his road to hypothetical championship glory? Will we, thanks to global warming, be playing games in a dystopian “Kevin Costner’s Waterworld” like scenario?

And if all that wasn’t enough, there’s also the fact that players evolve over time. They mature, and they age. They develop, and decline. They reach “elite” status, and then start dating a celebrity, which obviously destroys their ability to play the game. The point is that trying to judge someone’s career based on a single point in time is a fool’s errand. Things change!

Take, for example, Manning, the prolific pitchman and occasional NFL quarterback. Despite his occasional propensity for costly turnovers, you can most certainly win a championship with him. We know this because, well, it happened, back in 2007. It’s true, we have highlight packages and everything!

But a lot has changed since that career-making win. Head Coach Tony Dungy? Broadcasting with NBC. General Manager Bill Polian? Broadcasting with ESPN. And Peyton? There’s undoubtedly a lucrative career as a football analyst waiting for him, but to this point, he’s done everything possible to beat back the eventual end of his career. Recovery from neck and spine surgery cost him the entire 2011 season, and once it became clear that Andrew Luck was Indy’s quarterback of the future, Manning was off to Denver to play out his NFL twilight. And in the years since? Another trip to the Super Bowl, a number of all-time passing records, and continued injury concerns. That included the revelation, earlier this year, that Manning has never fully recovered the feeling in his fingertips, a rather ridiculous handicap for a man who makes his living throwing a football past some of the greatest athletes in the world.

The point, ultimately, is that this is not the same Peyton Manning. How could it be? In fact, after a season that has seen a stunning drop off in performance, a case of plantar fasciitis, and an HGH shipment “scandal” that absolutely no-one saw coming, it’s probably fair to say that things surrounding the quarterback have never seemed more uncertain. And as we prepare for the NFL playoffs to get underway, with the Broncos having still somehow secured the AFC’s #1 seed, it brings us right back to the issues with that not-so-original question.

Because yes, you can win a championship with prime Peyton Manning. But this version? The banged up veteran who’s clearly past his prime and has been through the ringer this season? Can he still lift the Lombardi Trophy?

We have absolutely no idea. And don’t believe anyone who tells you otherwise. 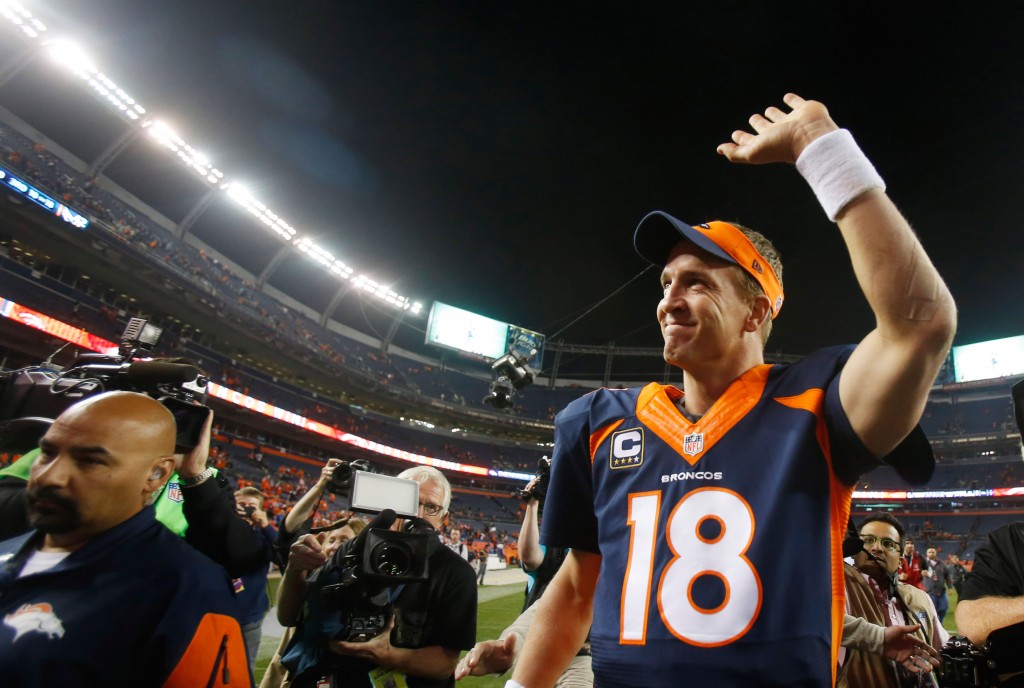 For starters, Gary Kubiak first has to sort out his quarterback situation, with two weeks until his Broncos take the field again at Mile High Stadium. In theory, he could make the decision to go back to Brock Osweiler, who, though his time under center was unspectacular, undeniably outperformed Manning’s early season results, mainly by not throwing the football to the opposition.

But let’s be honest. If, as Kubiak claimed following the game, his choice to go back to Peyton Manning was a “gut” decision, it seems unlikely that anything will change his mind between now and the Divisional Round. Brock Osweiler appeared to offer baseline competence, with a rather low ceiling, and so the Broncos organization will instead roll the dice, hoping that a recuperated Peyton Manning can recapture something approaching his past form. Is it possible that a fully functioning foot and a couple months of rest will have Peyton back as his audiblizing, gesticulating, “Omaha”ing best? Hey, anything is possible.

Of course, what seems far more likely is that Manning will try to play game manager, much as he did in the second half of Sunday’s win over the Chargers. After entering in the second half, the future Hall of Famer completed just five passes for 69 yards, (nice!), instead electing to let Ronnie Hillman and CJ Anderson do their damage on the ground. This rushing attack, combined with a defense ranked #1 in the league by Football Outsiders’ “DVOA” metric, appears to provide a template for Denver to make another Super Bowl run. Ball control, an intense pass rush, a skilled secondary, and a quarterback who, perhaps for the first time in his career, doesn’t have to be great, but simply has to be good enough.

Will everyone’s favorite Papa John’s pitchman be able play that part? The real beauty of the business is that the questions we ask each other during the week don’t really matter. We’re all going to find out together, and it will either be a storybook ending for one of the most accomplished quarterbacks of our time, or a jarring reminder that no man is immune from time’s inevitable toll.

Can you win a championship, with Demaryius Thomas, with Emmanuel Sanders, with Von Miller, and Aqib Talib, and this version of Peyton Manning? Before Sunday, it was unclear whether we’d even get the answer, but now, it appears it will play out on the field, to the delight of any football fan who loves a good narrative. Maybe once that’s settled, we can all move on to more important questions.

Like, for example, should Andy Dalton be considered truly “elite”?