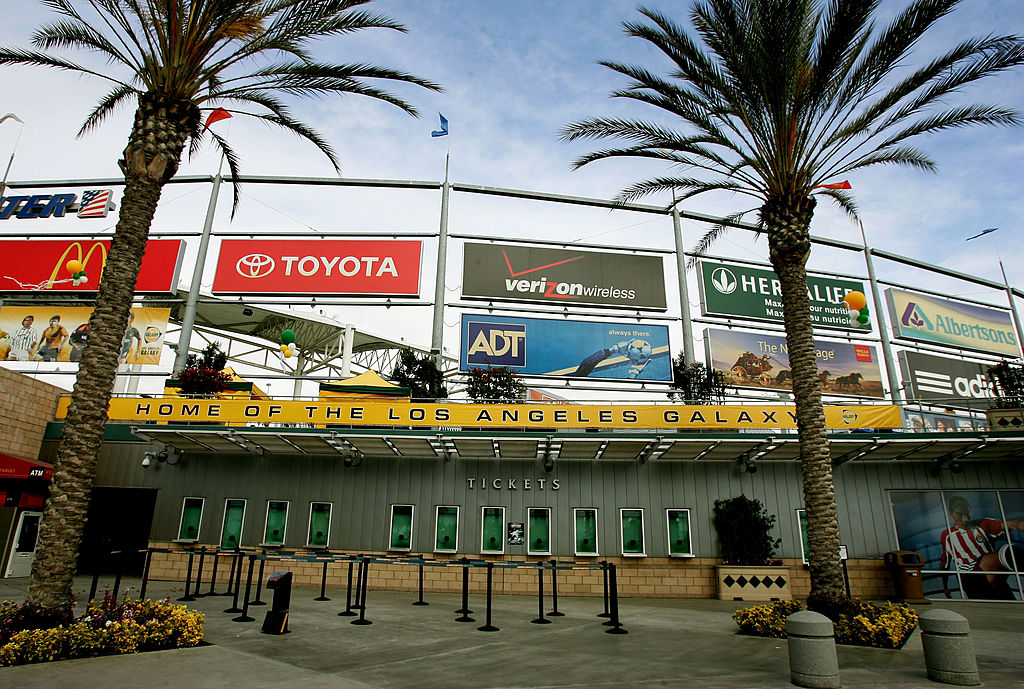 It looks like the San Diego Chargers are moving to Los Angeles. ESPN’s Adam Schefter reported Wednesday night that the Chargers plan to announce their intention to move “as early as Thursday” and to play in Los Angeles during the 2017 season, and that NFL commissioner Roger Goodell and league owners have already been notified of the move.

ESPN soccer analyst Taylor Twellman also suggested that the Chargers’ interim home (until the Rams’ new stadium in Inglewood opens in 2019) may be the StubHub Center in suburban Carson, home of MLS’ Los Angeles Galaxy:

Confirming this report of @AdamSchefter while adding @StubHubCenter is a very very strong possibility for relocation in LA https://t.co/uFPRsxfVPF

Twellman actually went even stronger than that in an earlier tweet he’s since deleted:

If StubHub Center is indeed the immediate destination (update: ProFootballTalk’s Mike Florio also reports that it is), that feels like a curious move. The stadium’s 10 miles south of downtown Los Angeles and has a capacity of just 27,000. That seems tiny for a NFL team, and there surely might be some concerns from the Galaxy about sharing their soccer-specific stadium as well.

Granted, it might be tough for the Chargers to play at the L.A. Coliseum as well, as that venue’s currently home to both the Rams and USC. Pasadena’s Rose Bowl (home to UCLA) might be an option, and it has a much better seating capacity (92,542), but it’s also not in Los Angeles proper, and there might be some contractual issues getting in the way there. Still, it seems awfully desperate of the Chargers to move to such a small stadium, and one that appears far from ideal. At least it’s near three different P.F. Chang’s locations, though; we know how the Chargers feel about that.

In fact, the Los Angeles market in general is a definite upgrade in terms of proximity to P.F. Chang’s:

The Chargers' move makes a lot of sense pic.twitter.com/LCbyfEugt8

It should be noted that this move could still not happen. Schefter mentions that a league source says no formal relocation letter has been filed with the NFL yet, and Chargers’ owner Dean Spanos might still change his mind. However, that piece also mentions that “Spanos is said to believe he needs to start fighting for the Los Angeles market as soon as possible.” That might explain why the Chargers would be willing to move so soon, even if it meant two seasons at the less-than-ideal StubHub Center.

At least that would let them get more P.F. Chang’s access, though. We’ll see if this comes to pass. Regardless, the news was enough to make some Chargers’ fans quite angry: