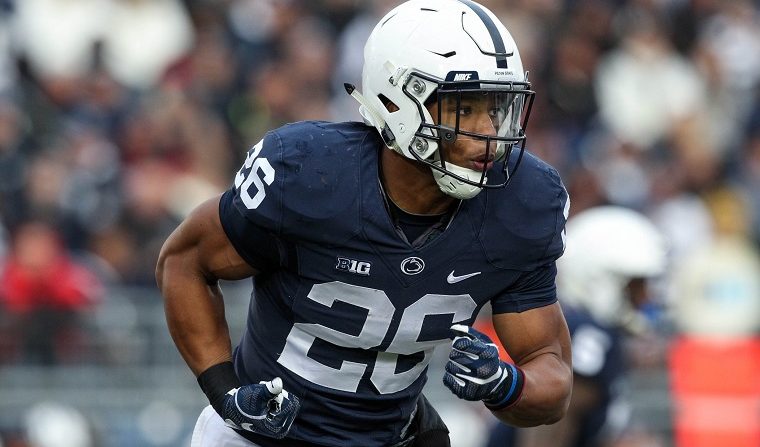 The Cleveland Browns hold four of the top 35 selections in the 2018 NFL draft (including two in the top four). That load of draft picks could enable the Browns to make a major leap forward — and finally get a potential franchise quarterback — after a winless 2017 campaign (and one victory during the past two seasons).

Here is a completely subjective best-case scenario for the Browns as the Draft unfolds on April 26 and 27.

1. QB Josh Rosen: Sam Darnold is fine, too, and I wouldn’t kill them for taking Baker Mayfield. But you can’t afford to go with the inaccurate and mysterious Josh Allen on measurables alone. I think Rosen is the best, most polished and least risky quarterback in this draft, and he’d immediately become the face of the organization.

2. RB Saquon Barkley: This should be a no-brainer. Barkley should immediately become a superstar offensive weapon and would complement Rosen and star wide receiver Jarvis Landry. That trio would be a lot of fun right away.

33. CB Mike Hughes: They’d probably love to fill a need at cornerback with former Iowa ball-hawk Josh Jackson, but Hughes is a good consolation prize as the third-best pure corner in this class (behind Denzel Ward and Jackson).

35. OT Kolton Miller: The Browns are shored up inside on the offensive line, but Rosen needs a potential pillar on the blind side. If Miller drops into Round 2, they’d have to go this way. Another possibility is NFL-ready Georgia product Isaiah Wynn, but he’ll likely be taken in Round 1.

If the Browns can land those three potential offensive centerpieces along with a top-three cornerback, a team that already has a future superstar pass-rusher (Myles Garrett), a talented interior offensive line (Kevin Zeitler, JC Tretter and Joel Bitonio), several talented pass-catchers (Landry, Josh Gordon, David Njoku) and suddenly quite a lot of depth on defense (Jamie Collins, Jabrill Peppers, T.J. Carrie, Damarious Randall, Jamar Taylor, E.J. Gaines, Terrance Mitchell, Chris Smith and Emmanuel Ogbah beyond Garrett) would have all of the key rebuilding pieces in place.

Plus, Cleveland would have five more picks to work with. And plenty of money still to spend.