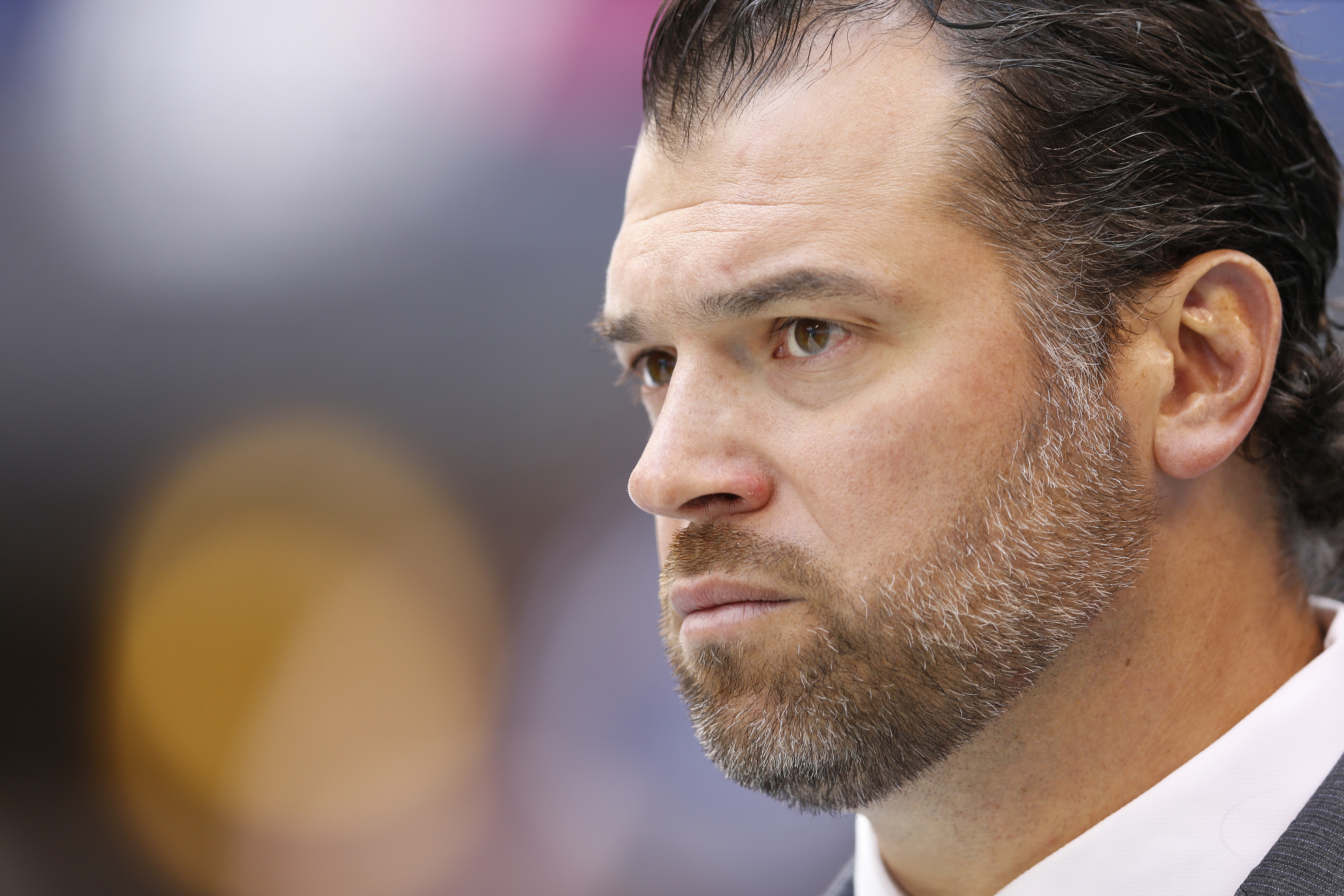 Ryan Grigson replaced Bill Polian as the man in charge of the Indianapolis Colts’ personnel decisions in January of 2012, and despite taking over a 2-14 team, he was in an enviable position.

Set up with the first overall pick in a draft that had the best quarterback prospect in years, Grigson had as close to a surefire franchise quarterback as a general manager could expect. And Luck has actually managed to live up to or exceed most expectations, which is a testament to his own abilities. For four seasons, Grigson was in possession of the most prized asset in the NFL: a star quarterback on a rookie contract.

The Seahawks used Russell Wilson’s rookie deal to great effect over that same four-year span, utilizing smart drafting and the freed up cap space on the other side of the ball to build an impact defense. That led to one Super Bowl win, and almost two.

Grigson, on the other hand, started whiffing. As Mike Wells notes in this ESPN piece:

Grigson’s 2012 draft was his best class because it featured Luck, receiver T.Y. Hilton and tight ends Dwayne Allen and Coby Fleener. The problem Grigson has is that the Colts have no players remaining from their 2013 draft. They also waived cornerback D’Joun Smith, the team’s third-round pick in 2015, last month.

“We have missed on picks, that’s for sure, we have,” Grigson said on Fox Sports Radio. “I have to do better in that respect.”

His 2014 draft was hamstrung by Grigson’s decision in September of 2013 to trade the Colts first round pick to Cleveland for running back Trent Richardson, who was out of football after two sub-replacement-level years in Indy. That’s a fundamental misunderstanding of how to value the running back position and first round picks in general, and how to value Trent Richardson specifically.

Meanwhile, the defense continued to struggle. The Colts did make the playoffs in each of Luck’s first three seasons, even making an appearance in the AFC Championship game in 2014, where they were demolished by the Patriots, 45-7. (They’d lost to New England in the divisional round the prior year. Combining both games, they were defeated 88-29.)

It turns out that it’s easy to make the playoffs in a soft AFC and an even softer AFC South, especially with a quarterback good enough to paper over deeper flaws in the roster.

The Colts are now faltering at 1-3, a year after injuries to Luck exposed how poor the team was without him. (Grigson’s inability to piece together an offensive line has exposed Luck to so many hits that his once-lauded durability is even in question.)

As the roster is now almost entirely reliant on players acquired during the Grigson era, it was time for him to take a long look in the mirror and figure out just what or who was responsible for the mess. It might shock you to discover that the answer Ryan Grigson came up with was not, in fact, Ryan Grigson:

“We have a defense that is work in progress,” Grigson said on Fox Sports Radio. “When you pay Andrew what we did, it’s going to take some time to build on the other side of the ball.”

That’s right! It’s all on Luck’s new $140 million contract! When Luck was on his rookie deal, Grigson is seemingly suggesting, it would have been easy for the Colts to build a stellar defense. Except, well, whoops:

The Colts have finished 20th or worse in defense in three of the four seasons Grigson, who was hired in 2012, has been general manager. All four of those years were while Luck was under his rookie contract.

During that stretch, the Colts signed free agents like safety LaRon Landry, cornerback Greg Toler and defensive lineman Arthur Jones — all starters who haven’t worked out for the team. The Colts also have released starting linebackers Nate Irving and Sio Moore since the end of August.

Grigson was shockingly not fired after last season, despite the fact that Bill Polian was removed for a similar down year due to quarterback injury. Jim Irsay works in mysterious ways.

The Colts were almost victims of their own overachievement. Had they been in a tougher division, or had Luck not been so heroically talented, the problems with Grigson’s roster construction, drafting, free agent strategy…basically everything you need to be a GM, would have been more readily apparent.

Instead, they burned through Luck’s most valuable years with very little to show for it, unless you count empty drafts and consecutive postseason drubbings at the hands of New England, their longtime rival. (Oh, and Deflategate.)

It’s time to move on to someone, anyone else, before it’s Luck’s entire career that’s wasted, and not just his rookie deal.