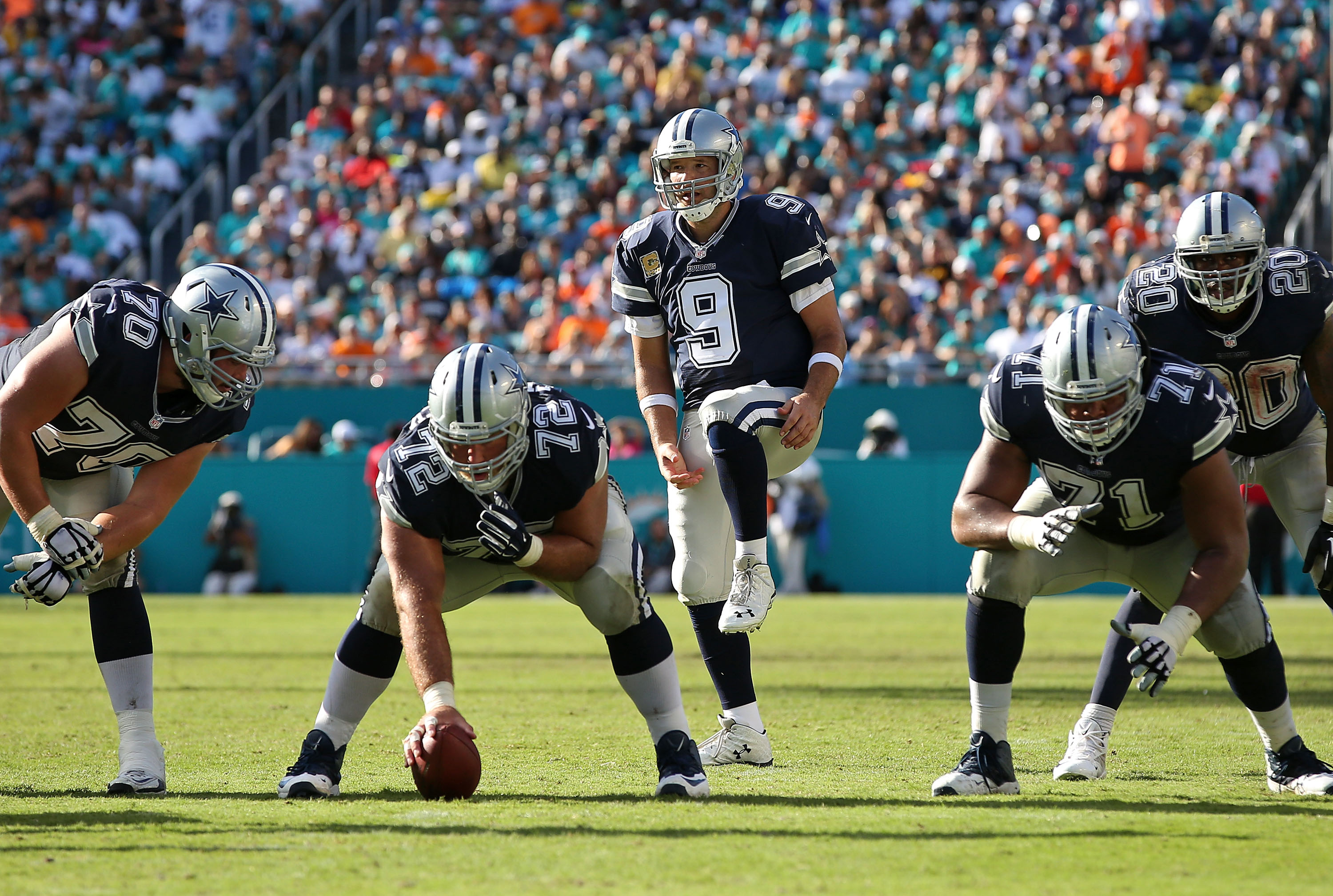 In 2015, the Dallas Cowboys offense had the second-most pass attempts in the NFL (528), but their quarterbacks were sacked only 33 times.

The run game also ranked ninth in the league in yards earned (1,890) despite not being able to retain the services of DeMarco Murray, who himself had over 1,800 rushing yards the previous year.

In Week 1 of the preseason, rookie quarterback Dak Prescott worked with Dallas’ first-team offense, yielding 10 completions on 12 pass attempts for 139 yards, two scores, no interceptions and one sack, leading to Prescott being named Pro Football Focus’ top-graded rookie and overall quarterback for the week.

Not only was Dak Prescott the top-graded rookie QB in week 1, he was the top graded QB overall, edging out Teddy B. pic.twitter.com/L6iteGILzA

All of these achievements have one thing in common: The presence of Dallas’ stellar offensive line. Even though the prices of quality offensive linemen keep rising throughout the league, the Cowboys have managed to build a top-tier unit without breaking the bank. Even center Travis Frederick’s six-year, $54.6 million contract extension—announced while the Cowboys faced off against the Los Angeles Rams in the preseason—hasn’t significantly affected the 2016 cap hits of their linemen. Dallas has committed 15.56 percent of its cap space this year to the offensive line, while the average around the league is 16.67 percent, often with far less impressive results.

For just over $23.2 million this year (19th overall), the Cowboys have assembled perhaps the best offensive line in the NFL.

Football Outsiders ranked Dallas’ line sixth in run blocking in 2015 and 19th in pass-protection, though the latter only accounts for total sacks allowed and not those that were the direct result of a specific offensive lineman.

This is not a coincidence. Since the Cowboys made the determination in 2007 that quarterback Tony Romo was the long-term answer at the position, they have dedicated top-level draft resources to keeping him protected and advancing a strong run game to help him. Three of the Cowboys’ projected five starting offensive linemen this year were Round 1 picks—Frederick in 2013, Smith in 2011 and Martin in 2014—while Collins would have also been a Round 1 talent if it weren’t for draft-day drama that left him a rookie free agent. Free, meanwhile, was a Round 4 pick in 2007 while Leary was an undrafted rookie circa 2012.

Forget for a moment Romo’s repeated issues with collarbone fractures, which are more related to the nature of the injury rather than an indictment of the line. Instead consider that Romo ranks in the top 10 in passes attempted and eighth in passing yards among active players, while taking only 248 sacks in 2,826 dropbacks and it’s clear how key a quality line has been to his, and the Cowboys’, success.

With Dallas’ defense still a question mark, particularly a defensive line which has dealt with more than its fair share of injuries and suspension-related absences, the Cowboys having a strong offense will be as important as ever this year. Romo, rookie back Ezekiel Elliott and veteran Darren McFadden, along with receiver Dez Bryant and tight end Jason Witten will again be what the team leans most heavily on. But none of those players could do what they do best without the aid of the line.

The Cowboys have intelligently used their resources to build a premiere offensive line, and are finding ways to pay their starters what they are worth without throwing money away at the same time. Not only have the Cowboys realized an important lesson in the NFL, that protecting your assets is an asset in itself, they have done so in a way that is team-friendly in every essence of the phrase.